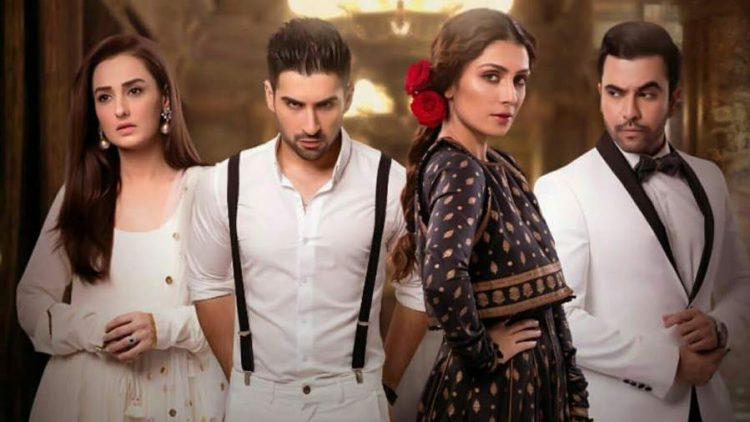 Pakistan produces many excellent dramas and some are available on Youtube. Many people in India watch the drama because of the story and the actors. The Pakistani dramas offer realistic stories and characters that the viewers can connect. So if you are a fan of Pakistani dramas here are the ten most popular dramas that will help you to pass the time. We have collected some of the good dramas and listed out here for you.

So start watching the dramas and enjoy it.

The story is about a woman named Sanam Saeed. Her mind gets affected and she becomes a patient because she saw the tragedy of her mother jumping from the roof. She becomes depressed and it kills her slowly from inside. Then she travels in the train with other women and listens to their depressing tales. These free her from the feelings that enclosed her in a shell. There are many painful stories in the drama that will serve as a catharsis for any woman going through terrible emotions. So certainly add this drama to your watch list.

The story is about a girl who indulges in self-love. She cannot find a man who suits her good looks. Then her father marries her to a middle-aged man whom she hates because he is not handsome. But his heart is full of love and he tries to please her. This is a story that will teach many to be thankful for their life and live life without any regrets.

This is the story of a couple in a university. They fall in love with each other however the man asks the private photos of the girl. She also sends him out of love for him however her reputation gets ruined. This is a story of how that girl experiences a lot of trouble ad social ruin because of her decisions.

The story is about one of the problems in the society and that is child sexual abuse. The girl in the story gets sexually abused by her stepfather. Her life gets shattered after that but her stepfather lives a life without feeling guilty of the crime. This story is an eye-opener.

This is a story based on the novel written by Razia Butt. It is about partition. There are a lot of challenges and problems people face because of it. It delves on themes like patriotism, courage, fear, and love. Moreover, the drama is one of the iconic dramas in Pakistan.

The story of the drama is about a middle-class girl who experiences many family issues. As she is the elder child in the family she tries hard to bring financial stability to it. Then a rich boy gets attracted to her in the University because of her complete obliviousness to his popularity. Then their paths meet in unexpected ways.

This is a bold story of a girl who tries to get justice for her friend who gets raped by her brother-in-law. She loses all the important people in life with the struggle however she does not give up. Add this to your watch list.

This is a documentary about the fighter pilot named Marium Mukhtiar. She is very patriotic to her country and embraced martyrdom for it. The actress Sanam Baloch has brilliantly portrayed the role in the film. If you love strong women characters, then certainly watch the drama.

This drama is a love story between sweeper’s daughter named Noori and Bhoola a mentally challenged man. She faces a lot of problems in her life because of other people. This series is famous for its storyline and acting.

It is a story about a heroine who gets married to a rich man. He tries to undermine the heroine as he thinks he is great. But she tries to keep the relationship stable. In the end, she cannot handle the indignity the man causes her.

These are the top ten Pakistani dramas you can watch on Youtube. Enjoy the drama and know the realities of life.