Top Five Altcoins You Should Invest In 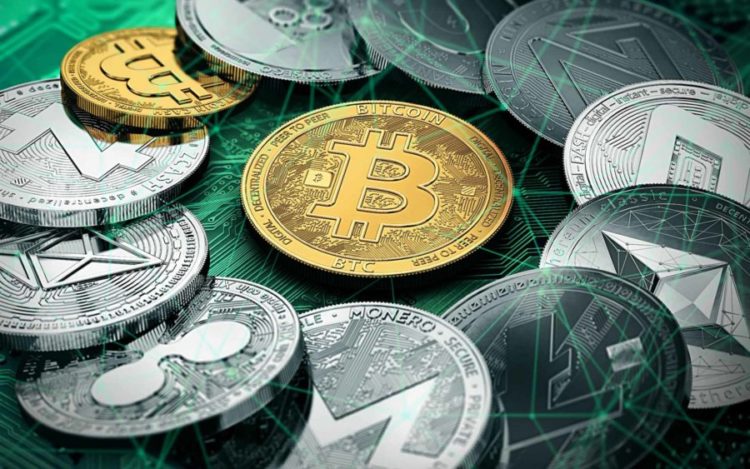 Technology has made its approach to making our daily lives easy and convenient. The strong reliability of humans to the newest technologies has influenced hundreds of discoveries and innovations from time to time. Cryptocurrency and virtual money are no exception to this. Cryptocurrency or digital currency is an alternative medium of money transactions and exchange of goods and services in a digital world.

The list below is the top five Altcoin cryptocurrencies we highly recommend for you! But before that, let’s go and understand what an Altcoin is.

Altcoins (Alternative to Bitcoin) are spinoff cryptocurrencies of Bitcoin with similar functions of money transactions. Altcoins have been making their way on the same level and even above Bitcoin by featuring improved and updated features through inexpensive means.

The first cryptocurrency from Altcoin was Namecoin which was released two years after Bitcoin’s. One feature of Namecoin was its merge-mining feature. A Merge-mining system is an ability to mine two or more cryptocurrencies. Altcoin’s Litecoin comes second of release in the same year. Litecoin was often referred to as the silver to Bitcoin’s gold as it followed the footsteps of Bitcoin.

Keep in mind that Altcoin is home to all the cryptocurrencies varied from Bitcoin, such as Litecoin and Monacoin (which we’ll tackle later on). Because there are many cryptocurrencies in Altcoin, you have several options and varieties to choose from.

Altcoin vs Bitcoin – What’s the Difference?

Now let’s understand Altcoin vs Bitcoin and which one would be a better investment.  Bitcoin is the first-ever cryptocurrency registered in 2008 and released in 2009 by an anonymous creator under the name of Satoshi Nakamoto. It is the pioneer in the cryptocurrency world, making it significantly more marketable and valuable than any from Altcoin.

On the other hand, Altcoin has a handful of cryptocurrencies that are upgraded versions of Bitcoin. These cryptocurrencies are expanding in the market and are becoming even more valuable. Due to its potentials, Altcoin can set off far better than Bitcoin in the future.

As we already learn about Altcoin, we have cherry picked five Altcoin cryptocurrencies for you!

Top Five Altcoins to Invest in

Now that we’ve defined what an Altcoin is, and its difference from Bitcoin, here are the top Altcoins you should consider investing in:

Created in 2013 by Vitalik Buterin, Ethereum is a decentralized platform used to enable dapps (decentralized applications) and smart contracts. This software platform has no downtime, third-party intervention, and fraudulent exposures. It aims to build decentralized financial products that anyone can access.

Ethereum runs on Ether, its cryptographic token. Developers are the usual seekers of Ether, especially those who aim to develop their applications in Ethereum.

As Bitcoin is still the top rank among cryptocurrencies, many investors are beginning to shift towards Altcoins. Out of the hundreds of Altcoins in the market, Ethereum is the investors’ number one choice.

Many casual investors pick the cryptocurrencies that are overwhelming at first look- we’re talking about big numbers here. Since the idea of cryptocurrency is still relatively new, many altcoins have low values due to a lack of exposure to the majority. One of which is Ripple.

Ripple is at the top 5 of the market, despite being valued at $0.44 in February 2021. Ripple has now established partnerships with financial companies globally, aiming to extend their market to a bigger audience.

Ripple’s price decreased at the onset of the year, because of its issue with SEC investigation. However, it was able to redeem itself in less than one month. Economists are forecasting Ripple to increase by $0.95 by the end of this year. This makes it one of the best Altcoins to invest in if you want to buy Altcoins in bulk.

Referred to as “silver to Bitcoin’s gold,” Litecoin was founded by Charlie Lee, a former engineer of Google. Litecoin is one of the most valued and oldest Altcoin, if not cryptos, in the market.

Litecoin is a payment network worldwide without interference by any third party. It applies “scrypt” as its proof of work. Although Litecoin has many similarities with Bitcoin, it has a quicker block generation time as compared to Bitcoin. Thus, it allows for a faster confirmation rate.

Litecoin attracts a growing number of merchants. As of January 2021, Litecoin is considered the 6th largest crypto worldwide.

Cardano remains one of the most famous crypto because of its flexibility and quick transactions. When Charles Hoskinson established Cardano, his best features for this crypto are “scalability, interoperability, and sustainability” with an approach based on research.

The gradual and rigorous research is the backbone of Cardano. It’s the reason why this crypto stands out among other big cryptocurrencies.

One of the most popular stablecoins in cryptocurrency, Tether plans to get away with the volatility of most digital currencies. After all, stablecoins attempt to secure their value the same way as currency or other external platforms to lessen volatility.

Although Tether doesn’t get as many investors as other cryptos, it attracts investors who don’t like much unpredictability in cryptocurrency. The value of Tether is dependent on the price of a U.S. dollar. Therefore, this crypto is more of a mode of exchange and storing of value than a volatile investment.

Although Bitcoin may be the number one popular in crypto, there are other more affordable cryptos you should consider investing in. Many Altcoins are seen to have great potential in the future.

How to Use A Retirement Planning Calculator? What are The Benefits of Using It?