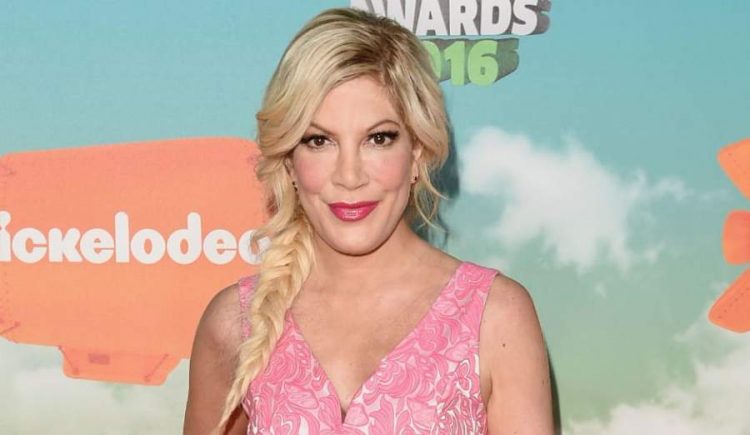 Victoria Davey “Tori” Spelling (born May 16, 1973, in Los Angeles, California, USA) is an American actress best known for her role as Donna Martin in the 1990s teen soap opera Beverly Hills 90210. The daughter of Jewish American parents Candy Marer and Aaron Spelling, a famed television producer with the ABC network in the 1970s, she appeared in a number of guest roles (mostly in her father’s shows) such as The Love Boat, T.J. Hooker, Hotel, Fantasy Island, Vega$, and Saved by the Bell before landing a regular part in Beverly Hills 90210, a series co-produced by her father and Darren Star.

Often described as having a limited acting range, there was much speculation that she landed the 90210 roles through her father’s influence. She claimed to have undergone an audition for the role under an assumed name. Since the series went off the air, Spelling has worked primarily on independent films (often receiving praise for her performances) including Trick and The House of Yes.

Spelling is a graduate of Harvard-Westlake School. Her brother Randy Spelling is also an actor. In July 2004, Spelling married Armenian-American actor Charlie Shanian in a lavish $1 million wedding. In September 2005 the couple announced their separation after only 14 months of marriage.