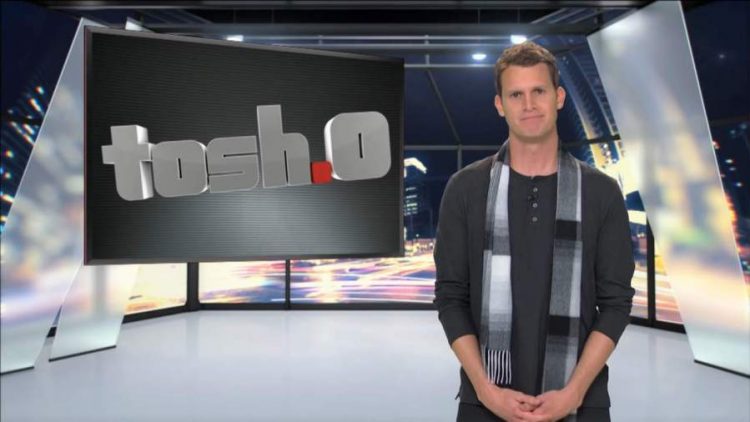 Another show is going to get cancelled this week by Comedy Central. The name of the show is ‘Tosh.0’. The upcoming twelfth season of the show will be the last. The show released on Comedy Central in 2009. Now he is working for Viacom to promote the show for other outlets. This is not the first show to get cancelled as already the channel did the same to Drunk History and the seventh season will be it’s last. Know more news about Tosh.0’ here.

Tosh.0 is a popular American television series. The producer and host of the series is comedian Daniel Tosh. He offers excellent commentary on viral clips, celebrities, popular culture, stereotypes and many more. Tosh uses the offensive style of black comedy, satire and sarcasm in his show. The final 12 seasons of the show will end on November 24, 2020. There was a plan of four season renewal however this idea got dropped.

Tosh.0 was first started in E! as a talk show. There were video mashups in the show as well as late-night talks. It began at a time where television, internet, video cameras were becoming widespread. The first season of the show was a hit and it surprised the makers. In just ten weeks Tosh.0 became second most-watched television show. The show at the start had only ten episodes however because of the popularity it extended to sixteen episodes.

What did Tosh say?

After hearing about the cancellation of the show Tosh joked about doing an animated reboot of the show in twenty-five years for MTV. The host is in good spirits and not affected by the decision. The executive producers of the series Charlie Siskel, Nick Malis and Christie Smith are trying to shop the series for other channels and digital platforms. So because of the popularity of the show all these years, it will get a new home on some other channel. That is the hope of many of its fans.

The previous decision of new four-season plans for the show offered a deal for the comedian also. According to a news source, Tosh was in the process of developing a script with which he will act as executive producer and host. It is still not clear whether these deals are also cancelled or not.

At the moment Comedy Central is planning to go all adult animation. They are having the reboot of the animated series such as Beavis and Butt-Head and The Ren & Stimpy Show. The channel also has the spinoff of Daria spin-off Jodie. But there will also be a lot more series that will get added in time by the channel.

Many of the successful shows in Comedy Central have got cancelled by the channel. This is a big step they have taken. The only remaining live-action show is Nora from Queens. Will the new plan of the channel be successful? Only the time can tell. We have to wait and see what happens.

Tosh.0 is one of the successful series on Comedy Central. However, it will be no more after November. This is disappointing news for the fans. But it may get started anew in a new channel.