Green Tech: Toyota Mirai – Powered By Hydrogen; Is That It? 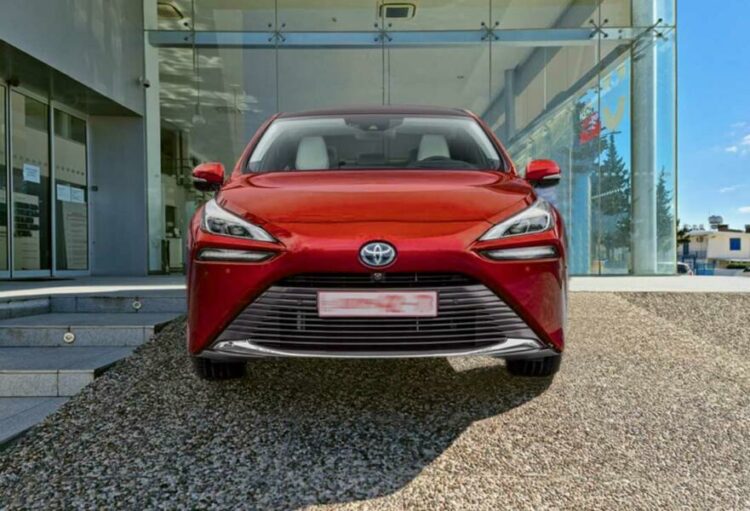 This car is a part of the 2nd generation of the 8-year-old Mirai nameplate. This means that the 2022 model has received a complete redesign from the previous variant, from the bottom up. It is based on Lexus’s flagship LS platform, so you know that it is going to be sophisticated, even if you set aside its unusual powertrain. But what does it offer exactly?

The following is all you need to know about the Toyota Mirai:

We’re talking about one of the most distinguishable vehicles on the planet, simply because it is powered by a hydrogen fuel cell system. This system makes electricity by utilizing the atmospheric air, combining it with a stream of hydrogen that is retrieved from the storage tank. The result is that you get 182 hp and 220 lb-ft.

The transmission is a direct-drive or 1-speed gearbox that sends the aforementioned power to an RWD setup. The Mirai is hence able to hit 60 mph from 0 in about 9 seconds. As a result, this isn’t a car you’d rely on to win drag races. However, it isn’t really supposed to be driven this way, and it is more of a cruiser for long distances.

But let’s get down to business and discuss the real number – the range. The Mirai is impressive, delivering up to 402 miles. This car should amount to at least 67MPGe if you’re looking to calculate, but the numbers aren’t out yet. Now, while its fuel is pricey; it won’t always be so, and the Mirai does well for the time that it is in.

There’s a good chance that you own a Toyota. This is because it is known for its superb build quality but sometimes, original parts are a bit hard to come by. However, you can easily find genuine Toyota parts at https://sts-global.com/toyota-parts

The 2022 Toyota Mirai sports an ultra-modern interior design that looks and feels quite upscale. Like its powertrain, it is one of the most unique designs in the car world today. The cabin is very cozy though, and the amount of room you get is very generous indeed. The technology on the inside is also plentiful, even if you’re looking at the most basic trim level.

The highlights include keyless entry, wireless charging for your phone, and an auto-dimming rearview mirror. You’ll also get a huge 12.3-inch infotainment system that is compatible with Apple and Android devices. All of this is mated to a premium sound system tuned by JBL with 14 speakers. You can add heated + ventilated seats to the mix, among other goodies.

There’s a lot of standard safety tech as well.

Unlike the old Mirai which was all in your face with its futurism, this new model looks a lot more like the motor car of today. It is a large vehicle since it is built on a full-sized sedan platform. There is a certain gracefulness about the way it looks. You can choose from a number of wheel designs and sizes to personalize it for yourself.

Then there’s the driving aspect of it. Now, you may think that it is boring to drive but that’s only when you start accelerating. Testers such as C and D have said that while it isn’t as quick as it is supposed to be, it does feel like it is athletic. Apart from this, everything else is just superb which includes the steering and the amazing quality of the ride.

One of the reasons why you’d be afraid of trying out the Mirai is its hydrogen powertrain. However, this car won’t let you down and you shouldn’t expect any breakdowns. Throughout its history, it has proven to be a dependable vehicle. Even if it isn’t you can always rely on its warranties; not to mention the 2 years of free maintenance that you’ll get.

The 2022 Toyota Mirai should be a great car to own as long as you’re surrounded by hydrogen stations. It looks great, has lots of features, and is comfortable. The only flaw with this car is its slow acceleration. The Mirai is also an expensive vehicle though, with it being offered for as less as about $50k. Move up to the Limited trim, and you’ll have to pay about $15k more.