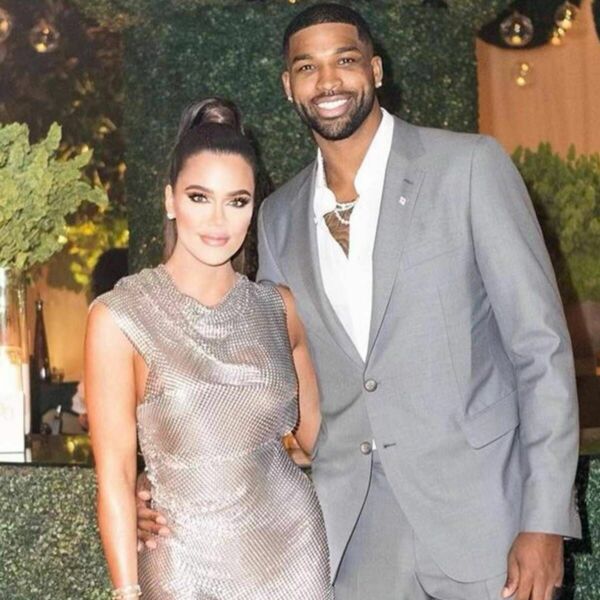 If you are an active user of social media platforms, you will know that Khloe Kardashian is expecting a baby with her ex-boyfriend Tristan Thompson through surrogacy. This will be the second child of the celebrity couple. One insider said, “We can confirm True will have a sibling who was conceived in November.”

Moreover, he also added that “Khloe is incredibly grateful to the extraordinary surrogate for such a beautiful blessing.”Therefore, they are asking for privacy from their fans and supporters so that Khloe can focus on her family.

However, do not think that the fact they are expecting a child together does not mean Khloe and Tristan are back together with each other. In fact, the two have not spoken with each other since December outside of co-parenting matters. Moreover, Tristan is in another relationship where he will soon become a father in December.

Who is Tristan Thompson?

Since you are reading this article, it is evident that you are curious to know more about Tristan Thompson and Khloe Kardashian’s relationship. Well, we are at the right place as we will share some significant details about him here.

Tristan Trevor James Thompson is a Canadian-American professional basketball player currently a free agent. In fact, he also won the 2016 NBA Finals with the Cleveland Cavaliers. Moreover, he has also played in the NBA for the Boston Celtics, Sacramento Kings, and Indiana Pacers.

Furthermore, Thompson also represented his country and Canada Basketball at the FIBA Americas Under-18 Championship in 2008. Canada won the bronze medal, placing behind Argentina and the United States. In fact, he also computed for Canada at the 2009 FIBA Under-19 World Championship in Auckland, New Zealand.

Needless to say, Tristan Thompson has won countless awards and recognitions in his glorious basketball career. Along with becoming the NBA champion, he also won the Wayman Tisdale Award and others.

Tristan Thompson & Khloe Kardashian’s Relationship: Why Did They Split?

Before dating Khloe Kardashian, Tristan was dating Jordan Craig, who later also gave birth to his first child, a son, in 2016. He had cheated on his ex-girlfriend with Khloe. Moreover, in April 2018, she gave birth to their daughter.

It was in 2019 that the couple split. Khloé and Thompson officially ended their romantic relationship in January after discovering that the NBA player fathered another child, born on Dec. 1, with Maralee Nichols.

At the time of the child’s conception, he was still in a relationship with Khloé. However, the pair had been in an on-again, off-again relationship since 2016. It was in 2018 that they welcomed their daughter True. In addition, Thompson is also dad to son Prince, with ex Jordan Craig.

Why Did Khloe & Tristan Decide to Welcome Their Second Child Via Surrogacy?

As you know, the couple has been going off and on in their relationship since 2016. The new addition comes after Khloé opened up about her struggles with conceiving. Moreover, during the March 2021 premiere episode of KUWTK’s final season, Khloé shared that doctors informed her she would have a “high-risk” pregnancy if she chose to carry her own second child. Therefore, this is why she chose to opt for surrogacy.

In fact, she also told her sister Kim Kardashian that she was considering surrogacy at the time. However, in the summer of 2020, Thompson and Kardashian resumed their relationship after they were in quarantine during the COVID 19 pandemic. But in June 2021, they announced that they had split again.

Let us see what Khloe Kardashian says regarding this, “I’m not gonna get into specifics on-camera,” she said in the episode, “but they said it’s like an 80-something percent chance that I will miscarry. I almost miscarried with True at the beginning. But I didn’t know that was like a lingering thing.”

Khloe is All Set to Welcome Her Second Child

Becoming a mother is always one of the toughest jobs in the world that only a woman can do. No one else understands the pain that a woman needs to go through to become a mother. Therefore, it is shocking to Khloe, as she confessed in an interview.

All she tries to do is bring more love into her life and her family. So she seems to be running into more and more roadblocks. It’s really hard for her to digest. Moreover, it was her sister who provided her with the courage to go with surrogacy. “I honestly had the best experience with surrogacy,” said Kim, who has four children, two of whom she welcomed via surrogate, during the scene. “And I think that you know what giving birth feels like – I always say, if you can do it, it’s such an amazing experience. But you’ll see, the love that you’ll have for your kids is exactly the same. There’s no difference, except that someone else was the carrier” says Kim.

Tristan Thompson and Khloe Kardashian are all set to welcome their child via surrogacy this month itself. Since Khloe was unfit to carry the baby herself, the couple opted for surrogacy. According to a source, “She really, really wants another baby and finds it hard to be patient. But she is trying to stay positive.”

Moreover, Khloe also shared her views about family planning this year in March 2021. However, the pandemic interfered with her plans to have another child sooner. In fact, she shared how challenging it is to get assistance in fertility during COVID.

She planned to have kids closer in age. However, the plan is a little delayed with the pandemic and everything. Since she has many brothers and sisters, she feels it is a blessing during this time to have a family member or people that one can play with and rely on.

So as we conclude, we can say that Khloe Kardashian and Tristan Thompson might not have a stable relationship. However, they are all set to welcome their second child through surrogacy. Becoming a mother in any way entails a lot of responsibilities for the parents. They have to ensure that the newborn child gets adequate nutritional supplements and remains healthy. We hope our favorite couple, Tristan and Khloe, can get back together sometime in the future. However, they share joint custody of their two children.