Understand About The Mid-century Modern 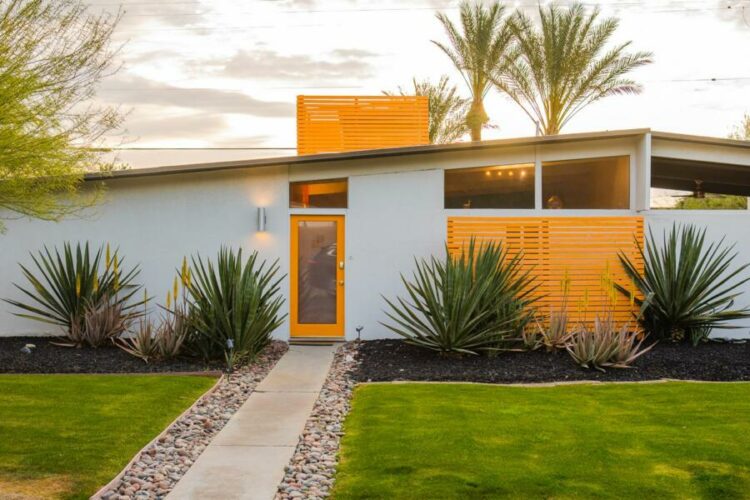 You want something lovely and valuable when arranging your living space. One of the most well-liked design eras of the 20th century is mid-century modern and with excellent purpose. Both are abundant in mid century modern design.

This style of design exudes luxury without being too ornate. It may combine with various looks to provide a fashionable appearance that feels exclusive and distinctive. Let’s examine how to create the ideal mid-century modern style in your living room.

Mid-Century Modern: What is it?

The term “mid Century modern” has become overused and has a wide range of meanings. What’s more, not all of them are true. It refers to changes that occurred in the middle of the 20th century, especially after World War II.

This encompasses post-war architecture, furnishings, and technological advancements. Currently, it mainly relates to furnishings and decor from the mid-20th century.

What is the Mid-Century Modern style’s history?

Although there is some disagreement on the precise years that make up the mid century modern era, many resources concur that its peak was between 1945 and 1969. Mid-century modern was first used in 1984 by author and art historian Cara Greenberg to describe this design period.

The German Bauhaus style is a significant influence on mid-century modern design. Because of the immigration from Europe following World War II, this style of interior design arrived in the United States.

The war’s lack of conventional building materials led to innovative materials and forms. Many active avant-garde designers also spurred it at the time. According to Curbed, this décor trend is artisan-driven, diversified, and inventive.

The appeal of mid-century modern design

Cities and suburbs in the US were booming after World War II. As a result, housing must be constructed rapidly, as well as its furniture. The mid-century modern trend expanded from there.

Mid-century contemporary residences also inspired the open floor layouts of today. This is because there are now many windows, natural light, and an easy indoor/outdoor flow.

These features were typical of the mid century modern Palm Springs residence at the time. Mid-century contemporary furniture also included affordable modernist designs that could be mass-produced. As a result, the geometric forms, curves, and clean silhouettes suited the requirements of the new lifestyle.

Here are some traits of carpets from the mid-century modern period:

Instead, picture a modern table with a plexiglass top, and a curvy couch with tapering wooden legs. Moreover, a lighting fixture composed of new, transparent glass spheres.

Although the minimalism of mid-century modern furniture is certainly appealing, its design is all about utility. No item is without a purpose, despite its often simple appearance. This emphasis on practicality also explains why pre-owned items from this period are still in use today. They were built to endure.

As coffee tables and chairs are sometimes the most attractive. Simplicity is key. However, mid-century modern furniture is typically simple to identify. Choose those with straightforward forms and little ornamentation when searching for new items.

Since it has returned in force, mid-century modern interior design is here to stay. Fortunately, this makes it simpler for you to decorate your living room in this manner.

We’ve compiled seven excellent ideas for adding a touch of mid century modern design to your living space. You can transform your living space from boring to fabulous with these quick changes:

1. Beginning with the walls

In mid-century modern architecture, no wall is unadorned. If you’re not ready to commit to wallpaper, consider painting one accent wall a striking color. In addition, stenciling, utilizing wallpaper, or putting several paints in a pattern can all provide a textured appearance. It would be best if you had a color scheme. It would allow you to experiment with the many pieces in your living space.

2. Include Textures in Contrast

Your living area will be more intriguing and distinctive if the textures are varied. In the living area, contrasting textures are a game changer that will positively astonish your guests. To make a space appear modern and airy, try putting a velvet couch next to a shag rug. Even choosing wooden floors and a metal furniture is an option.

When it relates to lighting, mid-century modern designs emphasize artistry and originality. Therefore, do not overlook this critical component of your living room remodel. Include both table and standing lamps for a layered appearance that will make your space feel cozy.

Search for lamps that emit yellow light. After a hard day at work, the soothing yellow light of mid-century modern decor is the ideal way to unwind.

Using plants is a fantastic way to add some life to your area and create a small green sanctuary in your house. However, it is also now fashionable. Hey, it’s healthy for the planet too. They are also inexpensive. We advise looking for succulent plants. They not only look nice, but they also improve the air in the house!

Not everything in mid-century designs has to be brand-new. Get some genuine items, if you can, or ones that have been transformed from their original form. These are accessible in vintage shops online, thrift shops, and flea markets.

Think of antique clocks, brass knobs, opulent chandeliers, and monochrome pictures. Even a great mid-century modern table is available. There are countless options.

Many designers from the mid-century modern era have endured the test of time and are well-liked today. Due to its clean lines and undeniably cool attitude, mid century modern design has had a recent resurgence in favor. Today’s informal lifestyle and open floor plans are compatible with cozy and fashionable styles.

Several mass-market furniture companies now carry mid-century modern furniture. There are several ways to get the desired appearance with midcentury design, just as with another type of interior décor.

Also read: What is Included in A Complete Living Room Set?

How to do Room Soundproofing in a Budget-Friendly Way?

7 Tips for Bedroom Interior Design That will Make You Happier

Everything You Know About Outdoor Heated

How To Make Stock Tank Pool