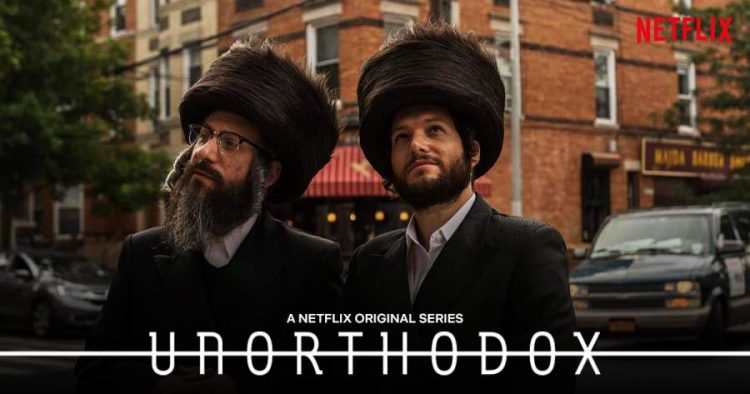 Unorthodox is a popular miniseries released on Netflix on 26 March 2020. It is the first series on Netflix to be in Yiddish. The basis of this series is from a 2012 autobiography written by Deborah Feldman. The director of the series is Maria Schrader. The series became so popular that it received nominations for eight Emmy Awards. The story and the cast performances of the series really touched the hearts of the audience. It is one of the hit series on Netflix. There are talks of season 2 of the series. Know about the Unorthodox Season 2 release date here.

At the moment there is no information revealed by Netflix about the series release date. So it may take some more time for the creators for making the second season as the first season ended this year. We can get news in September and as the rating of the series is high we are highly expecting that there will be a second season.

The plotline of Unorthodox

The series is about a nineteen-year-old woman named Esty. She is unhappy in her marriage life as her husband’s family is the ultra-Orthodox community located at Williamsburg, Brooklyn, New York City. She runs away from the family to Berlin where her mother lives. But she does not find her mother there however she begins to plan for secular life.

She tries to forget all the beliefs that restricted her and desires to start a new life. But her husband who finds out that she is pregnant goes to Berlin and tries to force her to come back. But Esty does not wish to return to the orthodox community.

She is the girl who runs away from the orthodox family she gets married too.

He is the husband of Esty who forces her to come back.

In the end, we saw Esty trying to start a new life on her own. Her husband asks her to come back and promises to change however she does not want to go back and says that it is too late to start. Although the season ended with a good future for Esty we still are not aware of what she will achieve because of her singing talents. We also are not aware of the result of her pregnancy. Then it is not clear whether Yanky and her cousin have returned to New York or not. But the creators have told that they may not delve more in the same story. They may depict other aspects in the same genre as there is also another biography written by Feldman.

A twenty-minute documentary is also available in Netflix where we can see the making of Unorthodox. The show also depicted the differences between the book and TV show.

Unorthodox season 2 is a thrilling drama about a woman who escapes from the constraints imposed on her. She dares to start a new life on her own even though her community tells her how hard it will be to live alone.