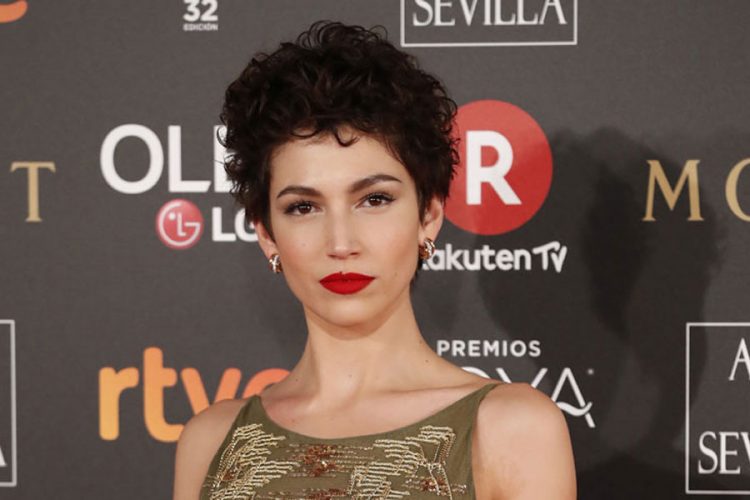 Úrsula Corberó Delgado is a well-known actress from Spain. The actress started her acting career in 2002 and her age is now thirty-one. She came to play the roles in Física o química in 2010 and Margarita de Austria in the popular television series titled Isabel (2014). She also acted in the role of Marta in a comedy film Cómo Sobrevivir a una Despedida. The actress was able to receive a lot of popularity for her role in Tokyo in the Netflix series Money Heist. Know more about Úrsula Corberó Biography here.

Úrsula Corberó Delgado’s birth date is August 11, 1989, and her place of birth is Barcelona, Catalonia, Spain. The names of her parents are Pedro Corberó who worked as a carpenter and Esther Delgado a shopkeeper. She has a sibling named Monica. At the age of six Corberó decided to be an actress and started receiving a chance to play in commercials. She received her first acting job in 13 and went to acting and dancing classes. She learned flamenco and jazz type of dancing styles. When she finished studies she shifted to Madrid for acting in the TV series titled Física o Química.

Úrsula Corberó started her acting in 2002 series called Mirall Trencat. Then she came as Sara in Ventdelplà. For her part in Isabel, she received awards for her acting talents. After starring and playing various roles in Spanish TV series and films she got the chance to act in English language productions. In 2017 she played a role in La Casa de Papel (Money Heist). She got widespread fame and recognition because of the series. It is one of the trending shows on Netflix. In 2018 she got to play in English series named Snatch. In the upcoming film G.I. Joe spinoff, she is going to play as the villain Baroness.

Corberó began a relationship with Israel Rodríguez in 2008. Then in 2011, she started dating Feliciano López a tennis player. In the 2013 beginning, she dated Andrés Velencoso for over three years. After this relationship ended she started one with Chino Darín her colleague in La Embajada. The couple is living together from the year 2019.

The net worth of Úrsula Corberó

Corberó is endorsing many brands such as Bvlgari. She is well known as a fashion icon. The actress is the model for many luxury brands such as Tampax, Maybelline, Stradivarius, and lots more. So because of her acting profession and endorsement deals her net worth is huge indeed. Her net worth estimate for the year is $3 million.

Úrsula Corberó is a beautiful and talented actress. She started her career by acting in Spanish films then now she also receiving acting opportunities in Hollywood. We can expect the actress to do a great deal in any kind of film genre as she is a great actor.