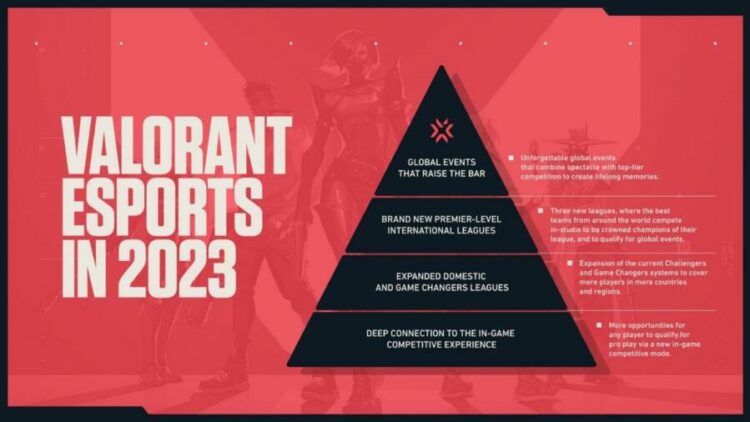 Riot Games announced a new format for the event earlier this year, and the Valorant Championship Tour, or VCT for short, is about to start. VCT received a partnership system from the organizers as well. Since the OFF/SEASON competition is over, most teams have decided on their starting lineups.

Regional Challenger Leagues marked the start of Valorant esports’ 2023 season, while LOCK/IN in Brazil will signal the start of The International Split in February. A spectacular round of Open Qualifiers kicks off the North American Valorant Challengers League, one of more than 20 regional leagues worldwide, on January 9.

To join the top teams from North America, Brazil, and LATAM in America’s Ascension Tournament and eventually take the stage at the eagerly anticipated international VALORANT competitions, 12 teams from the Challengers Circuit’s largest region will compete in the 2023 League.

On January 9, 2023, the Challenger league will get underway. With two five-day open qualifiers, the first from January 17 to 22 and the second from January 17 to 22. Teams will then be chosen to compete with some of the best North American Valor stars in the 2023 season.

More than 250 teams must make it through five days of grueling bracket play to be eligible for one of the six available elite Challengers team berths and a chance to participate in the Americas Ascension Tournament later this year.

As previously stated, there will be two competitions for the Challengers Open Qualifiers. Six additional spots will be filled through the Open Qualifier series, leaving room for up to six teams to be invited straight to the league.

Until the Round 32 brackets, the tournament will be contested in a best-of-three, single-elimination format. Teams will then be re-seeded for the main event, including double elimination bracket play with upper and lower brackets.

The first two weeks of the Challengers League will be played on the recently released Patch 5.12, and the event will utilize the same map pool as the VCT Istanbul.

The dates are January 9 through January 13.

Also read: Venue and Format Changes for League of Legends Worlds in 2023