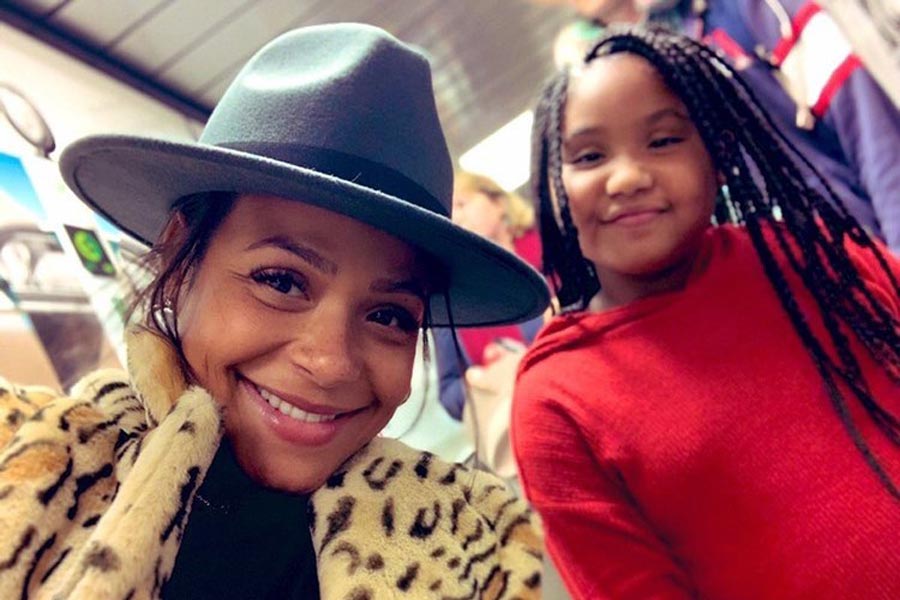 Violet Madison Nash is popularly known as the daughter of singer Christina Milian and The Dream. Violet is also famous on social media. As the daughter of famous singers, her photos are Insta-famous. She has a Cuban ethnicity as her mother is Cuban. Violet is a rising star and made appearances in popular shows with her mother. She is also now living with her mother and her boyfriend. You can find many photos of the celebrity kid in Instagram. To know more about the Violet Madison Nash, continue reading.

Violet Madison Nash’s birth date is February 26, 2010. She is now nine years old. The name of her mother is Christina Milian and the name of her father is Terius Youngdell Nash aka The Dream. Both are famous in the music industry. Being the only child of such famous and wealthy parents has its perks because Violet is also now a popular kid. She is now studying in a Middle School in LA.

The child’s first onscreen appearance was on the show that got televised on E!.  Moreover she and her mother appeared in black matching outfits during the premiere of live-action adaption of Disney movie Aladdin. She stole the hearts of many people because of her adorable manners. She still has her head full of hair that suits her and makes her different from others. Even though she has to split her time between her mother and father she is a happy child as she is content with her life. She is now living with her mother and her boyfriend in Los Angeles. She is also excited to spend time with her half baby brother.

Violet’s father The Dream is a singer, songwriter and also a record producer. He co-wrote the songs sung by some of the popular musical artists in the industry. He also worked with Milian for her fourth album called Elope. This song helped her to sign a deal with Radio Killa Records. One he shared that he particularly searched for Milian because he knew that she was a talented singer. Milian also did her second single with him called “Supersonic”. But the album Elope did not release at all because of their divorce.

Violet’s father met her mother in 2009. Then Milian became pregnant with Violet. The couple got engaged and they married on September 4, 2009. The wedding destination chosen for their marriage is The White Chapel in Las Vegas. But five months after the wedding and also nine days after Violet’s birth both her parents got divorced.

Then the pictures of Nash being close with his assistant got publicized on the internet. Now Nash is with his wife LaLonne Martinez whom he met in 2014. He has four kids with her.

Like her father Nash, Violet’s mother Milian is also a popular singer known for her silky and sassy voice. She also dated many popular men after her relationship with Nash ended in divorce. In the year 2007, she started a relationship with M. Pokora who is a French singer. Then an announcement came in 2019 of Milian being pregnant with their baby boy and she gave birth to him on January 20, 2020.

Violet Madison Nash is a popular celebrity kid. This status makes her famous in social media platforms. She also has chances to succeed in the film industry if she prefers to be an actress like her mother.