Virgos, Try On This Nail Art Trend For A Super Classy Look 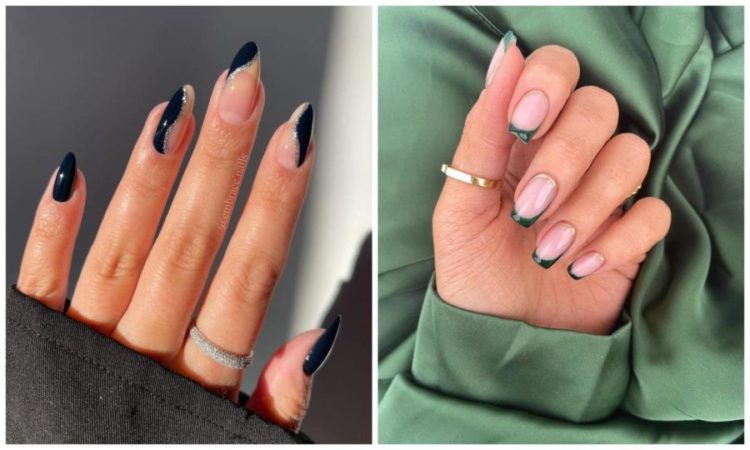 Nail art is a recent trend we are in love with. Be it rich gold, shiny silver, floral designs, geometric patterns, or any other style, we love dolling up our nails. But what are nail arts exactly? It is a creative and fun activity of drawing on the finger and toenails using colors and glitters.

There are professionals who work on the nails and make them attractive. The main product is acrylic nails with ready-made designs which can be attached on top to your natural nail.

Are you interested in knowing about the history of nail arts? We will give you every piece of it and the designs that would best suit a Virgo. Keep following the blog if you are passionate about styling your nails.

The History of Nail Art

Nail Art is an activity in which people have been engaging for 7000 years. Surprised to know this? Yes, apparently, this isn’t a recent trend after all. Although it is not clear about the exact origin of nail art, our sources say it began in the USA, where people coloured their nails with henna.

Chinese men had devised a mixture of lacquer of gelatin, gum, food colouring and egg whites. Even mashed rose was used to produce shades of red or pink. But the solution had to be applied to the nail for hours and put on at night to give the pigment properly.

The aristocratic ladies of the Chinese Dynasty used shades of gold or silver. There were nail guards who protected their gold and diamond-studded nails. This surely speaks of a wealthy and lavish living.

In Ancient Egypt,  henna was used. This turned their fingernails bright red. All these manicures were allowed to be used by wealthy women. Painting nails was a sign of status. The colours gold, silver, red and black were the favourites. Cleopatra herself wore red.

During the Renaissance, European women took up this style of painting fingernails. OCEANS AWAY, the 15th century Incas invented “Nail Art.”

In the Victorian era, women preferred lighter shades. Instead of chemicals, they used tinted rose oil. Other nude shades were mainly used as women of this time believed in transparent beauty ideas; maintaining a natural look.

In 1932 Revlon came up with the first nail polish bottle, making women worldwide attracted to finger cosmetics. Applying nail shades at home with natural ingredients was tiresome. But to get it readymade and bottled? That was sure to capture the market. In 1934, Maxwell Lappe made the first-ever set of artificial nails. For repairing broken nails. And Voila! The practise of using fake nails became famous all over the world.

The people whose birthday falls between August 23 to September 22 are the Virgos. It is an Earth sign – represented by the goddess of agriculture, grains and wheat.

Virgos tend to be very rational and realistic. They care to perceive the world as it is. Zero romanticizing. As confident individuals, Virgos are always in an attempt to sharpen their fundamental skills. A perfectionist at heart, these people tend to get a little ruffled when things aren’t going according to plan. Even though they have a tough appearance, Virgos are big softies; Humble, kind and sympathetic.

They are creative! Yes, you heard it right. Even though they best fit in jobs like IT, which we all associate with numbers, Virgos can be imaginative.

However, these pure souls can be the greatest overthinkers of all time. They always worry about accomplishing and perfecting things, which might mess with their focus.

But let’s not get diverted from the topic we are dying to discuss: Nail Art for Virgos!

Nail Art to elevate their Look

Virgos are not big enthusiasts of heavy styles; that being said, shades of gold on nails are bound to catch their attention. Since they are very prim and accurate in all their endeavours, we don’t want to upset them by suggesting something that is vague and wouldn’t meet their desires.

Virgos are sure to give their keen criticism even on the gold, the shade, the texture of the art, the design and the way the gold sparkles. So we better make our suggestions solid.

From gold tips to gold shapes, from glittery nails to a natural glow of gold- Virgos can find all the styles on Instagram to suit their taste buds. Oops. Taste tips.

Let us suggest a few designs:

Nail arts are fun and add a class to your look. Opt for the ones you feel comfortable with. If in doubt, follow our suggestions, and you are good to go.

Also Read: What Cuban Chain Link Should I Get?

How To Create Rave Costumes That Stand Out from The Crowd

3 Latest Jumpsuits You Should Try Once

What are The Hottest Wig Hairstyles in 2023?