Warren Buffett, The Fifth Wealthiest Man in The World Lives A Simplistic Life: Check Out 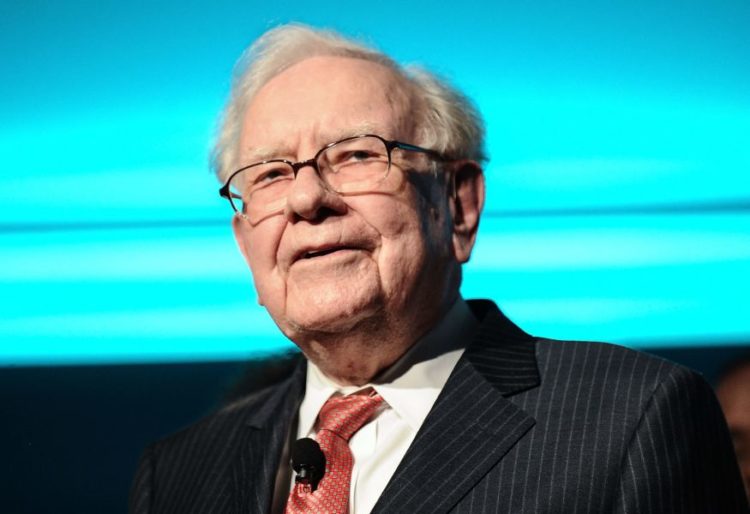 If you remain updated about the issues of the business world, you will know that Warren Buffett, known as the “Oracle of Omaha,” lives in a house worth less than $1 million. Yes, we are talking about a famous investor who is highly successful. So when people want to know which would be the best place to invest money or where to invest next, they often look up to see what Buffett is doing.

In fact, people often call him the “value investor.” People know him for buying and holding rather than buying and selling. So this strategy apparently applies to the home he has owned for decades and is still valued at less than $1 million. Someone so immensely successful would often imagine him living a luxurious life, probably owning a penthouse worth millions in New York City. However, it is not the case with Buffett. Despite his massive net worth, he is a very down-to-earth man.

So would you like to know more about the businessman’s life in detail? Stay with us until the end, as we will share some of the significant aspects of Warren Buffett here. Let us have a look!

A Short Bio of Warren Buffett

Even though there are very few people who do not know who this business magnate is, we will share some of the significant details of Warren Buffett. As you know, he is an American business magnate, investor, and philanthropist. In fact, he is currently the Chairman and CEO of Berkshire Hathaway. Needless to say, he is one of the most successful investors in the world.

Warren Edward Buffett was born on August 30th, 1930, in Omaha, Nebraska, United States. Therefore, he is currently 91 years old. He might have become quite old physically; however, he is still going strong in business matters. This makes him the world’s fifth-wealthiest person with a whopping net worth of over $116 billion as of 2022.

Also read: Be Your Own Boss: How to Do It and Succeed

How was Warren’s Early Life & Education?

As per the sources, it was from his youth that he developed an interest in business and investing. So he entered the prestigious Wharton School of the University of Pennsylvania in 1947. This was before he transferred to and graduated from the University of Nebraska at 19.

Warren went on to graduate from Columbia Business School after passing out from the University of Nebraska. Here he molded his investment philosophy around the concept of value investing. Benjamin Graham pioneered it. Later on, Warren also attended the New York Institute of Finance to focus on his economics background. In fact, very soon after this began his business partnerships, including the one with Graham.

As per the sources, he created Buffett Partnership Ltd in 1956, and his firm eventually acquired a textile manufacturing firm called Berkshire Hathaway. Buffett has been the chairman and the largest shareholder of Berkshire Hathaway since 1970. In fact, people often refer to the man as the “Oracle” or “Sage” of Omaha. Moreover, despite his immense wealth, people know him for his adherence to value investing and his personal frugality.

At the same time, Buffett is also a philanthropist. He has pledged 99 percent of his fortune to philanthropic causes. This he does primarily through Bill and Melinda Gates Foundation. Warren also founded a similar organization with Bill Gates, The Giving Pledge, in 2010. Here several billionaires pledge to give away at least half of their fortunes.

Where does Warren Buffett Currently Live?

Many of you must have already heard that the humble business magnate lives in Omaha, Nebraska. This area is far from the hustle and bustle of busy Wall Street. It might be surprising and rare for a man of his stature to live so frugally; however, Warren Buffett is a living example. In fact, he has been living in the same home he has lived in since 1958.

As per the sources, the business magnate had purchased the home for $31,500. This is roughly equivalent to $250,000 today. The home is also very beautiful and well-decorated, considering Buffett’s means. According to leading media houses, his home is the “third best investment” the man has ever made. It is worth about $652619, a fraction of his total net worth.

In fact, Buffett himself said that he feels quite happy and homely here. If he ever feels that he would be happy elsewhere, he would surely move. Buffett’s philosophy about life is very interesting. For him, a home is a place that should meet all the needs of a person. In fact, here, he has raised his kids and made lots of memories, so there is no question of shifting to another house as of now.

What is Warren Buffett’s Net Worth?

So as we said, Warren Buffett’s home might not be like the one Jeff Bezos bought at the sprawling Beverly Hills Estate for $165 million, but it has everything one needs to lead a comfortable life. In fact, it is quite spacious, with an area of 6,570 square feet. The house has five bedrooms and 2.5 bathrooms. Moreover, the location of the house is in a very serene place. It is on a quiet, tree-lined street alongside beautiful, well-manicured lawns. It might not be flashy, but this home has all of the memories he experienced over his lifetime.

As per the sources, Warren Buffett’s current net worth is around $116 billion. In fact, those figures put this personality in the ranks of the fifth wealthiest person in the world. However, despite his massive wealth, the man lives his life humbly. In addition, it is not just his home, that is simple, but he still drives his 2014 Cadillac XTS.

Why Does Buffett Lead Such A Simple Life?

Many of you might have this question about how a man like Warren Buffett, who has such an enormous fortune, lives a simple life. Let us share with you the details. As per the sources, Buffett is not a big spender. So you won’t see him upgrading to a large mansion or buying the latest models of cars.

Buffett eats McDonald’s for breakfast regularly, uses their coupons, and prefers to spend his money enjoying himself with his family. As per the sources, Buffett’s idea of success is not to show off his money by buying flashy cars and homes. He prefers to lead a simple life in peace and harmony with his family. “Success is really doing what you love and doing it well…really getting to do what you love to do every day— that’s really the ultimate luxury. So your standard of living is not equal to your cost of living,” said Buffett.

So as we conclude, we can say that this world has a handful of people like Warren Buffett, who, despite having an enormous fortune, prefer a simple life. He is out and out a family person. So you might often see him out enjoying himself with his family members. Rarely do we find such personalities like him. He also makes it a point to contribute a part of his monthly earnings to his charity organizations. Warren Buffett is indeed a gem of a person.