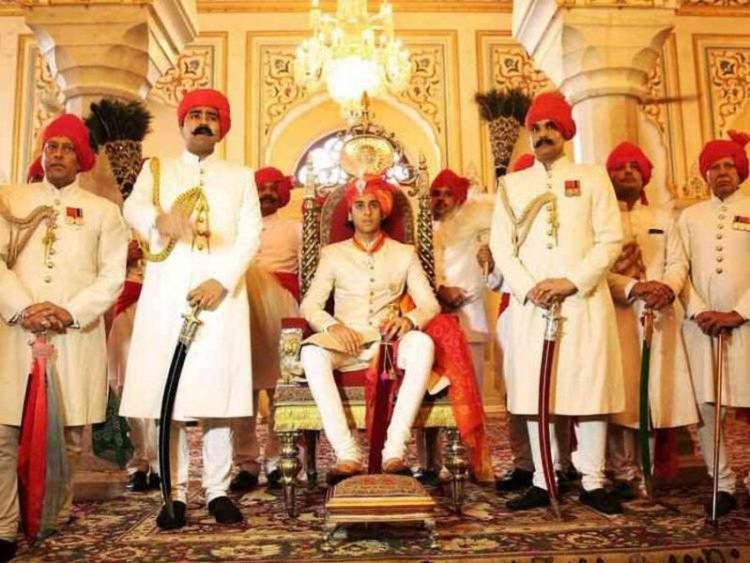 India must have seen the end of monarchy in 1971; however, some royals of India have still managed to continue living life kingsize in the 21st century. In fact, they also garner the same respect from people. They are highly famous and are still very much living the royal life. Even though they no longer rule, their family status remains the same.

Needless to say, the royal families of India have indeed managed to survive the tide of time. This has helped them to salvage their opulence even today. So would you like to know about some of the most famous ones who still live in palaces and enjoy the royal life? Stay with us until the end if you want to know some exciting facts about royal life.

Since you are reading this article, it is apparent that you are eager to know about the royals of India. Well, you are at the right place as we will share with you all the details here. Not all royal families were fortunate enough to survive and maintain their position for so long; however, a few of them did.

In fact, many of them also transformed their ancestral assets and wealth into several gig businesses. For instance, if you have watched the movie Khoobsurat, you must remember the royal family’s handsome prince Vikram Singh Rathore. Yes, even there, they were trying to sign up contracts with other royal families to expand their business. It was either by constructing a hotel or creating a heritage site. So this is the case in real life as well. The royals of India are all now trying to take up their businesses to the topmost level.

Now let us look at some of the famous royal families who still enjoy this status and position.

Whenever we talk about the royals of India, we cannot help but start the list with the famous Mewar dynasty. How can we forget our daring and courageous Rajput kings like Maharana Pratap and others? In fact, it is his descendants who presently live in Udaipur. Presently, the head of the family is His Royal Highness Arvind Singh Mewar. Yes, he is actually the 76th custodian of the House of Mewar. So let us now look at some of the exciting details about this royal family.

Apart from being a nominal king, Arvind Singh is also a very successful businessman. So he is the head of the HRH Group of Hotels. In fact, this has over ten luxury hotels under it. Also, his wife Maharani Vijayaraj lives in the Udaipur city palace. Tourists can explore a specific portion of the palace if they want to. At the same time, His Highness has also given out some palaces like the Lake Palace and Fateh Prakash Palace on lease to the Taj Group of Hotels to manage. Needless to say, he has been revered as one of the most affluent minds in the tourism and travel industry.

Moreover, he has also opened a museum of antique cars in the city and manages his father’s crystal collection. We can indeed say that the family of Maharaj Arvind Singh Mewar is certainly one of the wealthiest royal families in India. In fact, his son Lakshyaraj Singh Mewar took upon the task of restoration of the Jagmandir island palace and converted it into the world’s most exclusive wedding destination.

2. The Royal Family of Jaipur

This is another of those royals of India who are very well known. As per the historical reports, the last titular head of Jaipur, Maharaja Bhawani Singh, is succeeded by Maharaja Padmanabh Singh. Since Bhawani Singh did not have a son, his daughter Diya Kumari’s son Padmanabh Singh became the Maharaj of Jaipur in 2011.

The family is one of the wealthiest families, with a wealth of around $2.8 billion. In fact, the present Maharaj and his sisters have all received a world-class education. At the same time, he is also a national-level polo player and an avid traveler and has become the model for many magazines covers worldwide. So even this royal family of India lives in palaces; they have traveled the world and received high-quality training and education.

If you a fan of historical facts, you must have indeed heard the name of this dynasty. They are, in fact, the descendants of one of the richest scions of a royal family in the country. Presently, Yaduveer Krishnadutta Chamaraj Wadiyar lives in the Mysore palace with his family. Since his uncle had died childless in 2013, the Rajmata adopted Yaduveer as their son and crowned him the king.

As per the sources, they possess a wealth of approx Rs. 10,000 crore. This royal family also owns and runs the famous silk brand, The Royal Silk of Mysore. So you can well understand their popularity in the business world.

4. The Royal Family of Alsisar

You must have read in history books that the Alsisars managed the kingdom of Khetri in Rajasthan at some point in time. So presently, the royal family owns elaborate Havelis in both Jaipur and Ranthambore. In fact, the current head of the royal family is Abhimanyu Singh.

He is not only known for restructuring the palace into an amazing hotel but also for being the co-organizer of India’s hippest music festival, Magnetic Fields.

5. The Rathores of Jodhpur

There are very few people who have not heard the name of this royal family. Yes, we are talking about the famous Rathore family of Jodhpur, whose descendants still live there. In fact, it is the home to the Mehrangarh Fort as well as the Umaid Bhawan Palace. These are presently the biggest forts and the largest private residences in the world.

Currently, Maharaja Gaj Singh lives in the Umaid Bhawan Palace with his family. At the same time, a part of the palace is open to tourists, and the Taj Group of Hotels manages the rest. In fact, many affluent families choose this palace as their venue for their weddings. Priyanka Chopra and Nick Jonas also tied the knot in this beautiful property.

6. The Gaekwads of Baroda

The Gaekwads originally came from Pune but held power in Baroda since the early 18th century. Presently, the 52-year-old Samarjit Singh Gaekwad is the head of the royal family of Baroda. So when he became the king, he also got property worth Rs. 20,000 crores.

Just like the others, it is one of the luxurious palaces, Laxmi Vilas Palace. It is also the largest private residence in the world. At the same time, he also inherited several valuable paintings of Raja Ravi Varma, along with gold and silver jewelry.

7. The Nawabs of Pataudi

Even though this family does not need a separate introduction, let us discuss some of the exciting aspects of the Pataudi dynasty. In fact, we cannot complete the list of the royals without talking about Bollywood’s own Pataudi clan. As per the reports, the last titular head of this family was Mansoor Ali Khan Pataudi. Besides being a Nawab, he was also the former captain of the Indian cricket team.

Later on, he married the famous actress Sharmila Tagore, and the couple had three children. Presently, the Bollywood actor Saif Ali Khan serves as the Nawab of Pataudi. So he also owns the Pataudi Palace. The actor is currently married to Kareena Kapoor Khan, with whom he has two kids. He also has two other children from his previous marriage with Amrita Singh.

So as we conclude, we can say that even though our country has become independent and democratic, the royal families still maintain their status and position. They might not have the power to rule, but their position remains the same in people’s minds.

Also read: 5 of The Most Unique Things You Will Get To Experience Only In India

The Dangers of St. Patrick’s Celebrations for Those in Recovery