What are The Advantages of Angular Software Development? 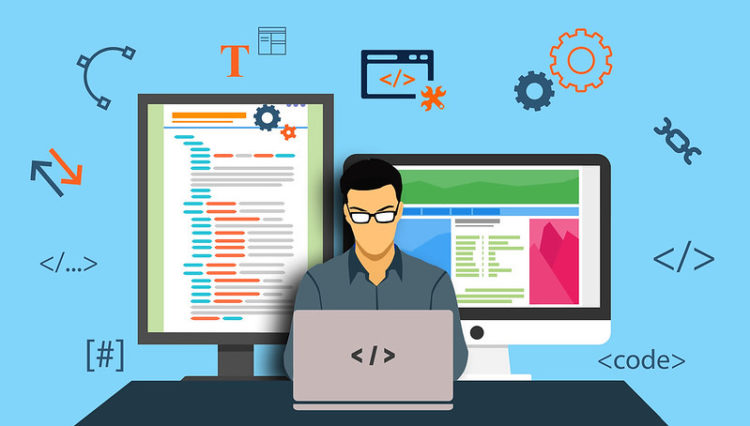 Angular is a powerful JavaScript frontend framework. It’s been around for a while, and it’s growing in popularity. Google initially developed Angular, and in fact, it is still sponsored by Google. Learning Angular means that you have access to the latest and greatest web development tools.

Its first version was the Angular JS, Version 9 was released in February 2020. This release made many changes to the framework, its platform, the CLI, and Angular Material. It is also the last major release from Angular. However, we can see Angular 9 to 13 as well.

Big Names that uses Angular in 2022

Samsung’s responsive front-page websites are crammed with Angular code, despite the company’s reputation for producing actual products. Samsung is the most prominent Angular user in the electronics industry, according to a recent report.

Founded in 1999 and based in the United States, Paypal Holdings, Inc. is the world’s largest online payment system. For real-time feeds of transaction data, PayPal uses Angular to build dynamic web sites. It’s reasonable to conclude that PayPal’s responsive mobile and web app experience is built on top of Angular.

There is no better freelancing platform for businesses and people to conduct business than Upwork, which was founded in 2015. For its 12 million registered freelancers and five million registered clients, Upwork uses Angular to create a responsive single-page experience.

As a single-page emailing service, Gmail was an ideal candidate for integrating AngularJS in 2004. A single HTML page is loaded each time a user accesses Google’s mail service, dynamically updating information based on new messages or notifications. You can read an email, write a new one, or switch tabs with AngularJS because it manages all of these tasks within a single webpage.

Angular development is one of the most popular JavaScript frameworks. It is widely used because of the following reasons:

Angular is fast and highly scalable. It is one of the fastest frameworks out there and is built with performance as the first priority. Once your project is ready to deploy, Angular will be able to handle any traffic.

Angular has a two-way data binding, which means that if the model changes, the view is updated, and vice versa. This helps the developer to stay in sync with the view and model.

Angular development comes with an integrated development environment. This makes it easier for the developers to build applications. No need to install any additional software or hardware. Angular is built to make the developer’s life easier.

Angular has established an ecosystem around itself that is still growing to bring more benefits to programmers and businesses. Angular advances by adding new modules and capabilities, with each new version released every six months. Google has already enabled packages for different browser versions, improved services that help with code authoring, and in Angular 11 and later version it is now working on Angular SEO skills.

Tools and Setup of Angular

It’s unlikely that you’ll be able to use Angular without using RxJS, a reactive programming toolkit for dealing with asynchronous data and various events. Engineers can use it to set up many data exchange channels to reduce resource consumption.

Pros and Cons of AngularJS

As a famous proverb says, “every coin has two sides,” so as the AngularJS app development. It has several features and a few drawbacks. Which are as follows:

AngularJS App development advantages Data binding in both directions as the framework synced with the Model and the View. The View changes when the data in the model changes. Engineers saved time by implementing two-way data binding since it eliminated the need for extra code to keep the View and Model in sync.

Directives are a type of command. Using directories, developers can apply special behaviors to the Document Object Model (DOM), allowing them to generate dynamic and rich content with HTML.

Dependencies describe how various code pieces interact with one another and how changes in one component affect the others. You can utilize injectors in AngularJS to define dependencies as external elements, which would decouple components from their dependencies. Thanks to dependency injection, Components become more reusable, manageable, and testable.

AngularJS app development has been trendy among engineers since its inception. A robust community supplied sufficient training materials, conversations, and third-party tools to get started with AngularJS and solve practically every issue.

Performance is a disadvantage of AngularJS. Dynamic apps didn’t always work as well as they should have. Due to their size, complex SPAs may be sluggish and cumbersome to use.

2. The learning curve is steep

AngularJS is such a versatile tool, there are always multiple ways to do every task. Engineers have been confused as a result of this. The plethora of tutorials and topic talks enables resolving most of the issues.

Also read: What is The Difference Between A Web Developer And A Web Designer?