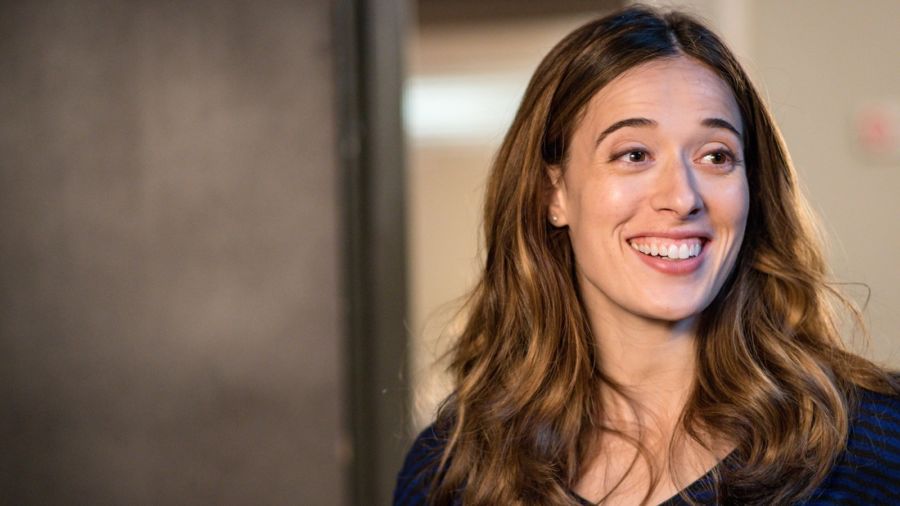 Do you know who actress Marina Squerciati is? She is the Chicago PD actress who became famous for her performance in the series. But she kept her family life personal. But recently she revealed that she is the love child of Wall Street Mogul John R. Jakobson. When he was twenty-five, he became the youngest person to buy a seat in New York Stock Exchange in 1955. The Chicago PD Actress was sworn to secrecy for many years. She did not reveal to the world who her father was.

But her father failed to include her in his will after he passed away in 2017. So, she broke the secrecy. Here you can find all the details of Marina Squerciati.

Who is Marina Squerciati?

Marina Squerciati (Marina Teresa Squerciati) was born and brought up in New York. She is the daughter of the writer Marie Squerciati. In 2003 Squerciati graduated from Northwestern University with a degree in Theatre.

Squerciati began her career in theatre. She won the Agnes Moorehead award for acting as Judy Holliday in the play Just in Time: The Judy Holliday Story. Then she made her debut on Broadway for the adaptation of Ernst Lubitsch’s To Be or Not to Be. Also, she acted in the plays like Manipulation and Beauty of the Father.

In 1993 she acted in the Nutcracker. Then she made her debut in feature film It’s Complicated in 2009. Then she came in Alter Egos and Frances Ha. In 2009 she made her debut in television by acting in the series Law & Order: Criminal Intent 2009. Also, she appeared in the series The Good Wife, Damages, and Blue Bloods. But she gained special attention for her performance in Gossip Girl. In 2013 she acted in Chicago P.D. as Kim Burgess. Now the show is going to get 8th, 9th and 10th seasons.

Is her father the Wall Street Mogul?

It seems Wall Street Mogul had several affairs in his life with various women. But Jakobson did not add Marina Squerciati in his will. The mother of Marina is the academic and writer Squerciati. So the product of their affair is Marina. Their affair lasted for a year and Marina was born in August 1981.

Marina Squerciati shared that her mother was given $1,200 a month by Jakobson for twenty years to keep his identity a secret. So, for more than twenty years, Marina kept it a secret. The money was used for paying Marina’s nanny and to pay apartment rent in Upper West Side.

Further Wall Street mogul also paid for her schooling. But he disappointed Marina when he only added three of his children in his will. The name of Maggie Wheeler is also included in the will because she is his daughter. She famously portrayed the character, Janice, in Friends.

Although he took care of Marina’s education when he was alive, he did not add her name in his will. He will always send flowers and gifts to Marina and even invest in a play she acted in. Also, he orally told her that he will leave a substantial amount of money for her in his will. But he neglected to do it.

When Marina Squerciati got engaged her mother asked him to give her a gift. Then he said that he will leave money for her in his will. But in his will, he only left money for his first and second wife and his children.

Why did she file a case in court?

Maria Squerciati has filed a case in court to get the amount she has the right to. In her court filings, she has said that her silence all these years has deprived her of the chance to build a relationship with her father. She also did not form any kind of relationship with her half-siblings.

But the widow of Jakobson claims that she and her family members are unaware of the existence of the alleged love child. When she heard about the news it hit her like a snowstorm. The lawyers of Jakobson claim that the evidence given by Squerciati is unfounded. They believe that even if she proves that Jakobson is her father she did not have the written evidence to prove that he wanted to leave money for her in his will.

The executor of Jakobson’s estate is his son Nicholas Jakobson. It seems he ‘devoted substantial time and …considerable legal expense in analyzing the claim’. But according to Jakobson’s lawyers, Marina lacks the written evidence. They say that she had ample time in her adulthood to get a written word out of her father. Instead, she is offered a $50,000 settlement by the lawyers. They added that nonmarital children are often forced to experience the opprobrium which is unfair and unjustified. But she could have prevented it. They believe that as a successful actor she may have been especially sensitive to this given her public persona and position in popular culture”.

The Squerciati family has not yet answered the claims. Marina has not yet addressed this in her social media account.

Marina Squerciati is a wonderful actress. Her fight to get part of her father’s fortune is good. But it is still uncertain whether she will win the case.