What Do The Logos of BMW, Audi and Toyota Have in Common? 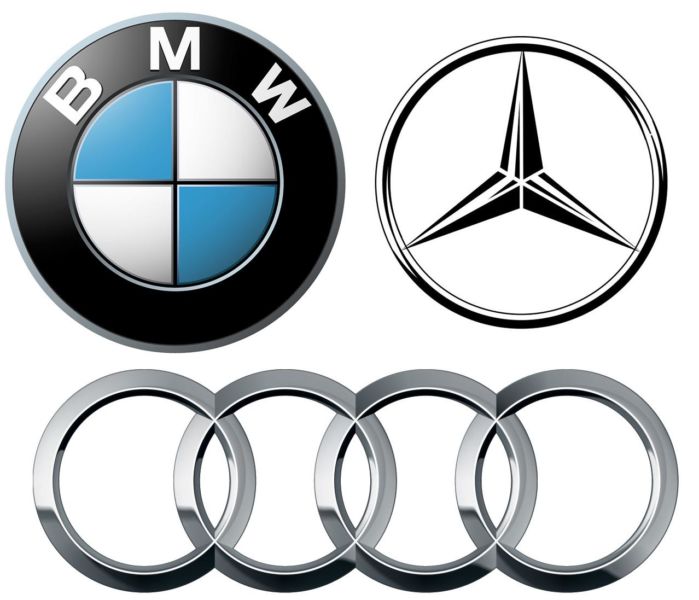 Despite the fact that the logos of well-known auto companies engaged in the production of modern cars are familiar in all parts of the world, few people think about the history of the origin of such signs, and even more so their connection with each other. To understand what unites the logos of the world famous automobile concerns BMW, Audi and Toyota, it is important to trace the history of the appearance of each emblem, after which the thin thread connecting them will become more obvious.

What do the BMW, Audi and Toyota logos have in common?

Understanding how the logos of these three global brands in the automotive industry are related and what unites them will be clear if we consider the history of each of them in more detail:

Initially, the founder of the Audi company created a car manufacturing company, calling it by his last name, Horch. Although a company with this name was already gaining popularity, August Horch decided to see how his surname sounds in Latin and it turned out that translated into this language, Horch sounds like Audi.

Having adopted this name, the company’s management decided to develop a logo based on 4 rings located as close to each other as possible, symbolizing the union of 4 manufacturers. The most recent change to this logo was already in 2009, when the shape of the rings remained unchanged, and all four rings were intertwined with each other.

The main idea of ​​such a symbol was the awareness of a deeper consolidation of the views and goals of manufacturers, who previously looked at production in different ways. In addition to the Audi logo, its slogan remains the phrase: “Progress through technology”, emphasizing the seriousness and dedication of the manufacturer.

Initially, under the BMW brand, when the company did not yet have any logo of its own, aircraft engines were produced that were used in passenger and military aircraft and other aviation equipment. From the very beginning of the appearance of the BMW logo, it was an image that many buyers and observers thought a lot like a propeller spinning at high speed.

Since then, the company logo has not undergone significant changes, and its concept has remained the same. All the most recent changes that were made to the logo by the company’s management concerned exclusively the shades and transparency of the icon. According to the vice president of BMW, the new original logo design shows buyers and business partners that the manufacturer is open to cooperation and its activities are just as transparent.

The birth of Toyota was not originally associated with the manufacture of automobiles, but with the manufacture of looms. Considering that the Japanese are quite ambitious people for whom symbolism is of key importance even when doing work, about 20 thousand people were involved in the development of the logo. The first logo was approved as a variant of katakana letters, a form of lettering in the alphabet, and the name looked like Toyoda rather than Toyota.

The letter D was subsequently replaced by a T, for better pronunciation of the brand. In the Toyota emblem itself, many metaphors are embedded by Japanese manufacturers. So crossing ellipses within the main outline, symbolize the desire for innovation and development. The number eight, which many see inside this emblem, is a lucky number in Japan, which speaks of the confidence of the Toyota manufacturer in its success.

What conclusion can be drawn regarding the logos of Audi, BMW and Toyota and what unites them?

1) Each of the logos has undergone minor changes since its initial appearance, which indicates the stability of each of the manufacturers;

2) In any logo, the concept of combining several manufacturers or a manufacturer with buyers can be traced;

3) All logos of these companies indicate openness and transparency of work and relations with partners and clients.

Audi, BMW and Toyota continue to hold the leading positions in the global automotive market.