What Does Hyperbaric Oxygen Therapy Do for Your Brain? 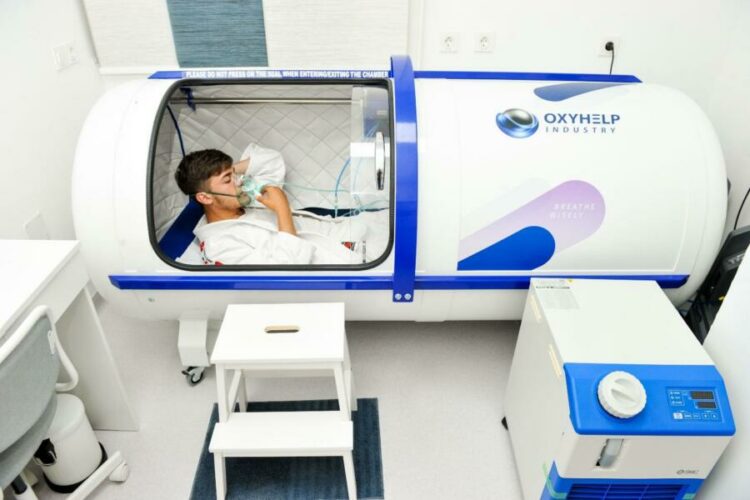 Have you ever heard of Hyperbaric Oxygen therapy? It’s a relatively new protocol that is used to improve brain function. Researchers are still trying to figure out exactly how it works, but some believe that it can help people with conditions like Alzheimer’s, dementia, and even autism. If you’re interested in trying Hyperbaric Oxygen therapy, or know someone who is,

Hyperbaric oxygen therapy or HBOT is a protocol that delivers pure oxygen to the body at increased atmospheric pressure. This can help to improve brain health by increasing the amount of oxygen that the brain receives. HBOT is effective in treating a variety of neurological conditions, including stroke, traumatic brain injury, and cerebral palsy.

In addition, HBOT has been shown to improve cognitive function in patients with Alzheimer’s disease and other forms of dementia. While more research is needed to understand the full extent of the benefits of HBOT, this protocol shows promise for improving brain health and function.

One of the major benefits of HBOT is that it increases cerebral blood flow. This means that more oxygen-rich blood is being pumped to the brain, which can improve cognitive function and help to treat conditions such as Alzheimer’s disease and dementia. HBOT can also help to reduce inflammation and swelling in the brain, which can lead to improved brain function.

2. Effects on the aging brain

One study found that HBOT improved cognitive function in a group of Alzheimer’s patients who had been treated with the standard medical therapy for the disease. The study found that the HBOT group showed a significant improvement in their ability to perform activities of daily living, and they also showed a reduction in the severity of their symptoms.

Another study looked at the effects of HBOT in a group of patients with mild cognitive impairment, which is often a precursor to Alzheimer’s disease. The study found that HBOT improved the patient’s ability to perform tasks that require executive function, such as planning and problem-solving.

Some people who suffer from conditions like chronic fatigue syndrome or Lyme disease report feeling mental confusion and “brain fog.” This is often a result of inflammation and poor blood flow to the brain.

If you suffer from brain fog, HBOT may be worth considering as a protocol option. Talk to your doctor about whether HBOT could help you.

4. Help with depression and other mood disorders

There is growing evidence that HBOT can help with depression and other mood disorders. In one study, HBOT was found to be as effective as antidepressant medication for treating patients with depression.

HBOT has also been shown to help treat post-traumatic stress disorder (PTSD), anxiety, and bipolar disorder. While more research is needed to confirm these findings, HBOT appears to be a promising protocol option for mood disorders.

If you or someone you know is struggling with depression or another mood disorder, talk to your doctor about whether HBOT may be right for you.

HBOT has shown to be an effective protocol for TBI by helping to reduce swelling and inflammation in the brain, as well as improve blood flow and oxygenation. This can help to speed up the healing process and improve symptoms. HBOT has also been shown to help reduce the risk of developing chronic problems after a TBI.

How often should you undergo Hyperbaric Oxygen Therapy?

HBOT is usually administered in a hospital or specialized medical facility, and you’ll typically receive protocols one or more times per day for several weeks. Each protocol may last between an hour to two hours and will depend on the specific condition that is being treated. You’ll need to be monitored before, during, and after each protocol session, and it’s important to clear any HBOT protocols with your doctor first and follow their recommendations for frequency.

For some conditions, such as stroke or traumatic brain injury, HBOT is most effective when administered in an ongoing manner for several months. In other cases, such as gas embolism and acute thermal burns, it can be beneficial to receive several protocols a day for one or two days. For other conditions, such as carbon monoxide poisoning and diabetic wounds, HBOT is most effective when used on an ongoing basis for several weeks at a time.

What makes Oxyhelp the best Option?

So, if you are looking for a hyperbaric chamber that you can fit into your face, we have got you covered. With Oxyhelp monoplace hyperbaric chambers, you can have the same healing experience at home. To ensure the safety of you and your loved ones, we use 95% oxygen instead of 100% which reduces the risk of explosion. Similarly, our chambers are designed to depressurize in under 40 seconds and with easy sliding doors, getting out of the chamber is now easier than ever. So if you’re looking to get a hyperbaric chamber for your home, look no further!

If you’re looking for a way to improve your brain health, hyperbaric oxygen therapy is something to consider. HBOT has been shown to have several benefits for the brain, including increasing cerebral blood flow, helping with depression and other mood disorders, and even improving cognitive function in people with TBI.