What does It say About Hands Up Emoji- What do We Mean by Raising Hands? 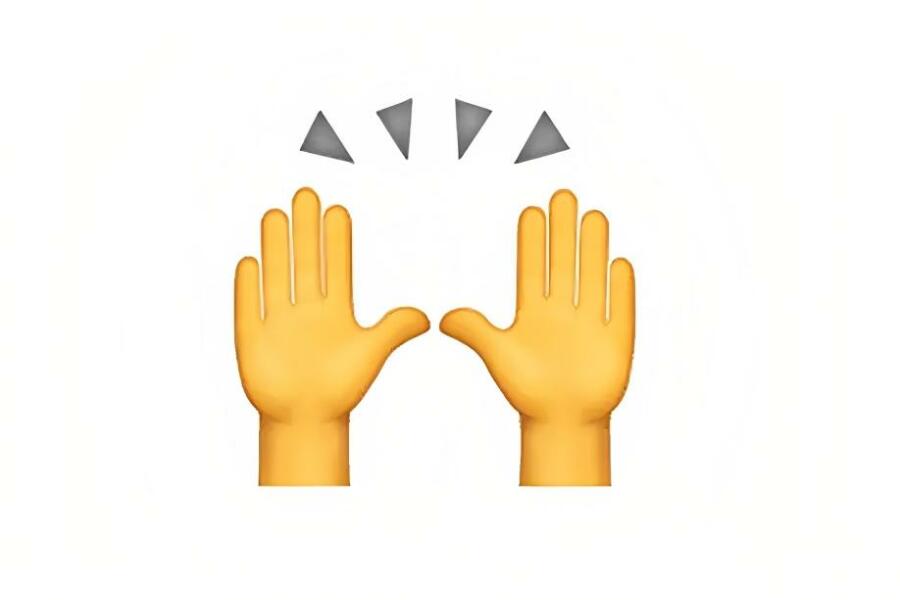 Emojis make talks more entertaining. They also fill in the gaps left by poor grammar or omission of physical signs. Modern technology makes a  challenging effort when it comes to conveying our facial and body language. Also, Emojis make the process less difficult and more enjoyable for both the reader and the sender. However, we still find some of them fuzzy. The fuzziest of this is possibly the hands-up emoji 🙌 .Person Raising Both Hands in Celebration was approved as a part of Unicode 6.0 in 2010 and included to Emoji 1.0 in 2015. whether you desire to send anyone a double-High 5 or thank the Lord. But it does not end here. Curious about it? Let’s find out what it means in texts! Should we?

Having a Good time or Celebrating Something

Emojis are the 21st Century’s digital response to the truth that we cannot always be present in person. Physical presence is vital to comprehend and feel involved in any communication properly. And this is where emojis are essential to communicate.

Two Hands in The Air, Suggesting Glee or Excitement

“Person Raising Both Hands in Celebration” is represented by this Unicode symbol, as determined by the emoji-to-American English translator. Which is iemoji.com. occurs when something extremely positive has happened and is often seen when watching individuals play sports or other games. In other words, the emoji 🙌 stands for joy and festivity. When someone is delighted or expressing excitement about something, it manifests.

It describes “Person Raising Both Hands in Celebration”. It can range from the hopeful to the supportive and the pious.

• “I just learned that you were hired! Congrats! Really happy for you! 🙌”

• ” I suppose you didn’t think anyone would realize you’ve consistently met your objective for 30 days. I must say that I’m impressed. To your winning streak: Keep going 🙌 “

Use Hands-up Emoji to Convey Encouragement

Getting your team to perform a certain way and adhere to certain ideals? Or practices? Well, it takes time and effort. And motivation. No matter how far you are you can provide your best. And it’s just a hand-up emoji away!

Put an in there if you want to add a little glitz to your message. When you want to encourage someone or commend them, or simply show them how much you appreciate them. Emojis may be used in chats to boost the spirits of your friend or a stranger. It is frequently used as a kind of inspiration. You may find loads of emoji in your emoji box but nothing helps more than hands-up emoji. Try this out.

A Hands-Up Emoji Can Fire Up Energy

A supportive, useful, and upbeat attitude is referred to as having positive energy. And good positive energy is needed in everyday life. One should spread energy to their closest. One can frequently do it by being generous and compassionate. We believe in the law of attraction, which states that good things will come to you.

Hands-Up Emoji Play Such An A Fascinating Role

The use of emojis has evolved from an easygoing technique to convey a joke to a language. And all its own. It is a vital tool for how we express our emotions and feelings online. So we do! We do spread positive energy through hands-up emoji. Like ‘woah’ when I feel good. I keep my head up just like the hand-sup emoji does.

You can use the raised hands emoji to emphasize how enthusiastic you are. Also maybe to convey great movement. Remember, there aren’t many emojis that are styled in this way.

•” Think of what a precious privilege it is to be alive 🙌 “

• ” Everyday is a new beginning. Take a deep breath , smile and start again 🙌 “

The Hands-up Emoji says you are left with a Surprise

It’s hard to imagine, but before the invention of emojis, humans were restricted to verbal communication. Doesn’t that sound awful? I mean this can lead to so many miscommunications. It would bulk up as difficult and unclear. Thankfully not today!

Bring The Fun But You Must not Spoil The Fun

throwing someone a surprise party or gift? Don’t want to let them know but to keep up with guesses! Add the little flicker using emoji to your message. Spice it up!

• ” This appointment will come as a pleasant surprise to you, I promise! 🙌 “

You Experienced A Delightful Unexpected Event

It can also be used to describe an instance. In which you were happily surprised or when something unexpectedly good happened to you. Like you did not know it was coming. Maybe Something left you surprised. It’s a good way to express yourself.

• ” Ruhana from our school got engaged a few months back! Can you believe it? 🙌 “

•”I never imagined Alan walking through my party! 🙌”

Hands-up Emoji can Configure double high five. Can derive from the expression “Give me 10, bro!” which happens to be used in a sporting or team environment. Where we see accomplishment while doing so. It frequently occurs between coworkers, friends, or people who are only trying to boost each other’s spirits. However Context determines how they should be interpreted. Both the person who typed hands-up emoji and the one who got it variables. It depends on the chemistry that transforms the curves of images and the lines of text. Where there’s that most fundamental complex of concepts and meanings.

Also read: What Do You Know About Emojis

How to Select SEO Keywords for a Plastic Surgeon Website?

How to Slide into Someone’s DM without Being Awkward?