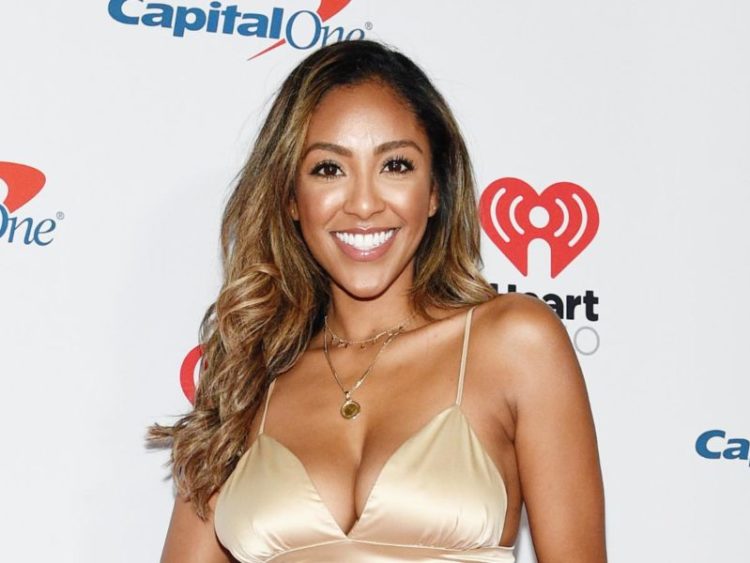 Tayshia Adams is an American Television Personality and a former Phlebotomist. She is popular for appearing as a contestant in the relationship reality series ‘The Bachelor’ season 23 and the sixth season of ‘Bachelor in Paradise.’ This article discusses her present work and what she is doing to lead her life.

On Instagram, Adams remains active and shares several posts. She has more than 1.8 million followers on her Instagram account. She updates her account with pictures, videos, and also about brands regularly. She is active daily on Instagram. In addition to photos, she also shares some highlights from her real stories.

The reality TV star was born on September 4, 1990. Her birthplace is Newport Beach, California, United States of America. At present, she is 31 years old, and she will reach 32 years in the coming September of 2022. Her birth sign is Virgo. Tayshia was born to Rosario and Desmond Adams. She has three siblings, and at the age of 12, she was a member of Girl Scouts. She belongs to bi-racial ethnicity, as her father is of American-African descent and her mother is of Mexican descent.

Furthermore, Tayshia completed her Bachelor’s degree in Biology from Concordia University in 2012. During her first week of college in 2008, she got hit by a truck. Thus, she couldn’t walk like before and needed to rest for some time. As a result, she didn’t go to college and missed classes.

Moreover, she took two years to recover from such chronic pain. She could walk normally after such a period but was again struck by a motorist in 2011 on the highway. Again she needs to take rest for the next five years to get a recovery. Thus, most of her days after joining college went with health problems. To recover from her problem, she underwent physical therapy and then gained a recovery.

Are Tayshia and Zac Still Together?

Tayshia Adams is a popular TV personality in the United States. Based on some sources, she got married, and her husband’s name is Josh Bourelle. However, the couple is not together now, as they divorced in 2017.

After completing the Bachelor in Paradise season 6, she began dating her fellow contestant, John Pail Jones. But they broke up in September 2019, just before the show’s finale. Then, Adams dated Zac Clark when she entered as a replacement for Clare in The Bachelorette in 2020. But again, this couple quit their relationship in 2021. So, her current relationship status seems to be single.

After she recovered from her health issues, she joined Concordia University. Finally, in 2012, she got a Bachelor’s degree in Biology. Then, she started her career as a Phlebotomist, and her job was to collect blood samples from patients. But she left this job soon after entering the film industry.

She made her debut act in ‘The Bachelor’ franchise in 2019. It was Colton Underwood’s season of the show. She came as the final two contestants of the show, and her parallel contestant is Hannah Godwin. But unfortunately, both of them are eliminated when Underwood wants to end the show to concentrate on Cassie Randolph.

In 2020, Adams made her appearance on season 16 of ‘The Bachelorete.’ She entered as the replacement of Clare Crawley after her exit from the show. This is the first time in the Bachelorette season to make a lead replacement. In the final season, Adams showed her interest in Zac Clark. He is an addiction specialist from New Jersey, and Adams chose her over runner-up contestant Ben Smith. So, the couple finally engaged to marry in the future.

What Does Tayshia Adams do for a Living?

Tayshia is a former phlebotomist, which means she knew to take blood from patients’ veins for various reasons such as testing, research, and donations. During her intro section of season 23 of ‘The Bachelor’, she talked about her profession as a phlebotomist.

Soon after joining the Bachelor Franchise, she quit practicing as a phlebotomist. She even talked about not practicing phlebotomy and how she would do the work if she returned to the same job.

She had a passion for various things, such as

She is currently working at an interior designing company and earning a good income to lead her life. Additionally, she works as a fitness instructor in a gym company’ SoulCycle.’ Furthermore, she acted in endorsed brands and earned money from advertisements. More importantly, she does the work of a brand ambassador on Instagram.

She thinks this career will help her to achieve her dreams.In addition to her above works, Adams is a social media personality and use her social media accounts to advertise several brands, including

Furthermore, she is also a speaker for various companies, such as

In addition to her above works, she earned a good income through her appearance in the TV shows such as

Now, you may get an idea of how Tayshia earns money to lead her life.

What is the net worth of Tayshia Adams

The net worth of the reality TV star may fall between $1 million and $5 million. She earns a huge income primarily from her TV career.

This is all about the TV reality star Tayshia Adams and her career. You may get an idea about what she is doing to run her life from this article.

Also read: Tayshia Adams & Zoe Clark: What is The Cause Behind Their Breakup?