What Does XOXO Mean? Where Did It Originate 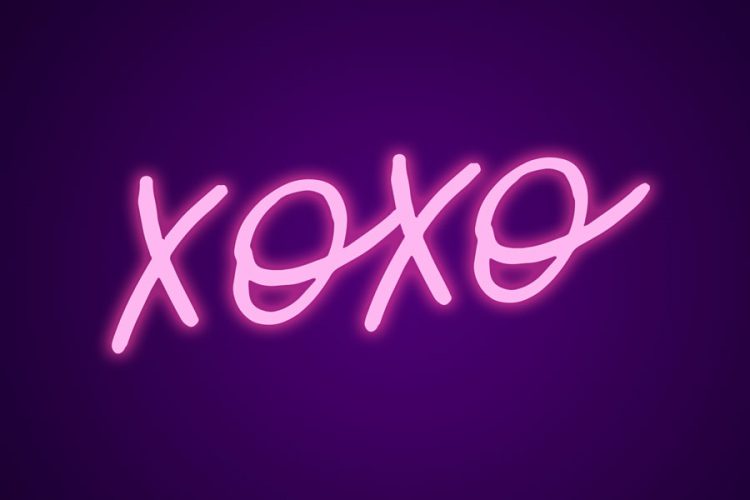 Today many people use cool terms that lots of others cannot understand. Have you heard of the word XOXO? It means hugs and kisses. You may have seen the word on social media pages and online chats. People show their affection for each other by saying XOXO. But what is the origin of this term? Why only two words in the alphabet are used here? and Why it became popular?

You can find all the details about it here. Therefore, if you understand the meaning of this term you can use it freely anytime you want. Continue reading to know more.

What Does XOXO Mean?

Hugs and Kisses are XO or XOXO which is an abbreviation originated from North America. It is a kind of informal term used to express sincerity, faith, love and good friendship. People use it at the end of letter, email or text message. Furthermore, in the United Kingdom, the term Hugs and Kisses is famous more than its abbreviation XOXO.

Now people all over the internet use the word in their chats and social media pages. Many celebrities use the term to show their love for their fans too.

The term was commonly used in Middle Ages to mean kisses. The people who lived during that times used the word at the end of their letters. Also, it is from the Christian symbol cross that meant Faith, Honesty and sincerity. Moreover, a kiss was considered as a sworn oath. The believers placed the kiss upon the cross to offer worship.

Many people also wrote the cross on the letter to show their sincerity. The writing of X on the paper was useful because people who did not read or write used the symbol to show their love and sincerity. Also, the Chi-Rho used the letter X as a symbol. That is why it is a holy symbol used throughout Christianity history.

Furthermore, the symbol X comes from the Greek term for Christ ΧΡΙΣΤΟΣ as it was the first letter in the Greek word for Christ. Thereby this became the habit of people at that time to make a sacred oath using X.

What does O Mean?

There are lots of sources on the internet who claim that ‘O’ comes from North American descent. When the Jewish Immigrants arrived in the United States their language was Yiddish. Therefore, they used O to sign documents. They did not use the sign of cross however instead of it they used O. Even the shop-keepers use the word O to sign the documents.

Today the term XOXO is popularly used by people in email, letters, chats and social media. It means showing affection for a person. Sometimes people use XOXO to mean that they have faith in their friends. This has become a common term today.

Even though many people do not know the origin of the term they refer to it to mean Hugs and Kisses. It is a cool term used by the majority of social media users.

XOXO is a well-known term. You can also use it in your day to day lives.

Also read: 20 Countries with The Most Beautiful Women in The World