What Happened To Belle Delphine? Why is She Not Available on Twitter? 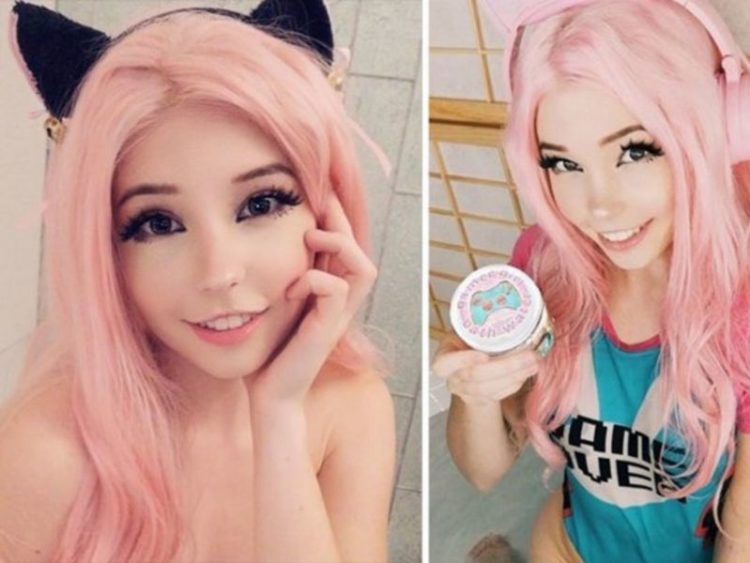 Nowadays, YouTubers have a separate fanbase. It is mainly due to their unique content and editing skills. So when suddenly the famous YouTuber Belle Delphine has ‘disappeared’ from the internet, her fans can’t help but wonder what is the matter.

Needless to say, nowadays, YouTube has become one of the best ways through which you can reach lots of people and make use of your skills to earn money. In fact, various people have tweeted recently to point out that Delphine – whose real name is Mary-Belle Kirschner – appears to have gone AWOL, with one saying: “So @bunnydelphine disappeared.”

Who is Belle Delphine?

Since you are reading this article, it is evident that you are curious to know about the internet sensation Belle Delphine in detail, right? Well, you are at the right place as we will share with you some of the major aspects of Delphine’s life here. At the same time, we will also let you know about what she is up to nowadays.

Therefore, many outlets have also described her as an “e-girl” and a cross between an Internet troll and a performance artist. However, the TikTok users have also cited Belle Delphine as a positive influence on the e-girl style community. So Yes, the young celebrity is pretty famous.

Needless to say, Delphine gained massive popularity only because of the medium of the Internet. She has had an Insta account since 2015. It was in July 2016 that she registered a YouTube account. So she posted her first video of a makeup tutorial on YouTube.

However, in 2018, Delphine started posting her pictures of modeling on Insta. She clicked these pictures using things like pink wigs, thigh-high stockings, and cat ears to help create what she described as a “weird elf kitty girl” aesthetic. In fact, she also regularly produced cosplay-related content. This included characters like Harley Quinn and D.Va.

Delphine’s popularity increased notably in the autumn of 2018. In fact, she quickly rose to the top of the ‘For You’ page on TikTok. After this, her image was spread around 4chan and Reddit. Here users praised her “ironic approach to online thotting” as “genius” and “brilliance performance art.” There was also a surge in her follower count on her Insta account. However, as her popularity grew there were also controversies regarding her photos.

Fans Reaction Regarding Delphine’s Absence from The Social Media Platforms?

As we just said, Delphine became a celebrity through her content on social media platforms. Therefore, naturally, when she is absent for a long time it will be noticeable. So a bunch of YouTubers and her fans have already started discussing where is Delphine. They are sharing posts on Twitter and other social media platforms regarding her absence.

In fact, even a couple of months ago, another fan asked “Why did Belle Delphine disappear from social media again?” Another one wrote, “Hilarious to me how Belle Delphine made a trillion dollars off one s*x tape and just disappeared forever.”

Well, if you are one of his fans you must have noticed her absence as well. Yes, it’s been a couple of months since we saw any of her posts on social media platforms. Moreover, the last time she tweeted was back in Feb. This time she was posting a link to a range of Belle Delphine-themed PC products.

Presently, the confusion has now crossed over into the YouTube world. Here several stars have taken it upon themselves to chat about what might be going on in a recent episode of the Painkiller Already Podcast. The famous YouTubers WoodysGamerTag, FPSRussia, and TaylorMurka was the host of this series. Even though the topic of discussion was not Delphine at the beginning, however, gradually the conversation started about her.

So as we conclude, we can say that Belle Delphine is pretty famous on social media platforms. It is mainly due to her cute unique content. However, several YouTubers are thinking about where she is right now. This is because we have not seen any videos of her for a long time. One of the YouTubers however claims that he had spoken to her on Twitter back in April.

He also adds that she might be absent from YouTube, however, she is present on her OnlyFans site. Here she often interacts with her fans. If you visit her OnlyFans account, you will notice that she was last active next week. So now you can figure out that Delphine is there, so if you want to interact with her visit her OnlyFans page.

Also Read: George Farmer & His Wife Candace Owens are All Set To Welcome Their Second Child