What Happened to Terry Lee Flenory? Is He Dead or Alive? 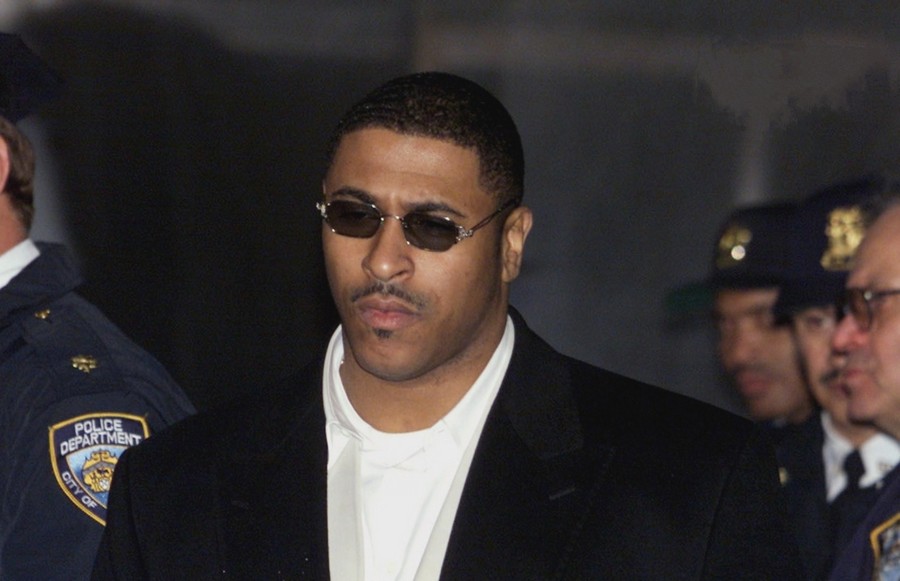 There are very few people who have not heard the name of the Terry Brothers. Especially when we talk about the famous Black Mafia Family or BMF, Terry Lee Flenory’s name is something we associate with. In fact, we commonly know him as “Southwest T.” Along with him, this brother Demetrius, aka “Big Meech,” is also very popular in this industry. Needless to say, they often make the headlines for their activities; however, this time, the brothers are getting the documentary treatment, as per Starz.

Therefore, people are curious to know the reason behind this sudden documentary. Is the American drug trafficker still alive? What happened to him after the police released him from jail? There are various questions regarding Terry Lee Flenory. So if you want to know about the whereabouts of this personality in detail, stay with us till the end. We will share with you all the relevant details here in this article.

Let us have a look!

Who is Terry Lee Flenory?

Since you are reading this article, it is evident that you are probably curious to know about the striking life story of Terry Lee Flenory. Well, you are at the right place as we will share with you all the relevant details here. As we mentioned earlier, both Terry and his brother Demetrius (Big Meech) grew up on the streets of Detroit. In fact, from their high school days, they started dealing cocaine and, later on, formed the drug empire.

Moreover, his elder brother Demetrius or Big Meech built the network with Terry Lee Flenory during the late 1980s. According to the US Department of Justice, their empire BMF was at its peak during 2003-2004. The brothers were successfully running the business of cocaine. Hundreds of kilograms of cocaine were transported to Atlanta, Detroit, and other distribution hubs every month for the potential clients.

You would be surprised to know that the drugs would arrive in high-end vehicles like limousines, with secret compartments or ‘traps’ to escape the eye of the police and other guards. These same trap vehicles were then filled with cash and then sent back to the Mexican sources of supply. However, in 2001, there was a rift between the two brothers, leading Terry Flenory to relocate to Los Angeles and start his own business.

Who is Terry Flenory’s Brother?

By now, you must have got an idea as to who Terry Lee Flenory is. Let us now discuss some significant aspects of his brother, Big Meech. Like his younger brother Terry, he became prominent for being a funder or top of the Black Mafia Family.

Even though Terry was the driving force of their drug ring business, his brother, too, was an important member of the group. However, in 2005, the DEA sentenced the Flenory Brothers to jail.

When was Terry Flenory Released from Prison?

If you are an avid newspaper reader, you must have read the news of the brothers’ arrest in 2005, which made the headlines for a few days. Well, it was then that their successful drug business suffered a big blow. Their arrest by the Drug Enforcement Agency caused their huge drug network to crash down during that time.

Do you remember that the pair were hit with several charges? Yes, the DEA charged them with several charges, including possession of more than 500 kg of cocaine with an intent to distribute it. Along with that, their charges included running a criminal enterprise, two counts of intent to distribute more than 5kg of cocaine, and other conspiracy charges.

In fact, the DEA also arrested many of their associates seized millions of dollars, several homes, watches, and vehicles.

Moreover, the brothers pleaded guilty to running a continuing criminal enterprise in 2007 after their arrest. Thereafter, in 2008 the judge sentenced them to 30 years in prison. As per the news, pretty recently, in 2020, the DEA released Terry Lee Flenory as Covid spread through federal prisons.

The rise and fall of the Detroit Black Mafia Family (#BMF):

How the Flenory Brothers operated one of the largest urban dope-dealing conglomerates in history: pic.twitter.com/BhkPCBEx0g

Many of our readers are probably curious to know if Terry Flenory is dead or alive. Let us now discuss some of the details regarding this news. The reports said Terry Lee Flenory was shot dead after the DEA released him from prison. However, there is no official confirmation for the same. In fact, his elder brother Big Meech is still behind bars at USP Lompoc in California. Therefore, there is no way he has anything to do with Terry’s death.

As per the recent updates, Big Meech is due for an early release in 2028. It is after the United States Sentencing Guidelines made amendments 782 and 788. These amendments were to revise all drug offenses that occurred before November 2014.

In addition to that, we also got to see their story in the TV drama Black Mafia Family, or BMF inspired by Curtis “50 Cent” Jackson. TV writer and executive producer Randy Huggins aired the drama on Starz on September 26th, 2021.

What is Terry Flenory’s Net Worth?

As per the news, Terry Lee Flenory’s approximate net worth was $50 million until his demise. He had brought in a colossal measure of cash by selling cocaine and medications. Therefore, it tends to be black money that he acquired illegally. In fact, his total BMF has made more than $270 million.

Will You Get to See a Season Two of BMF?

So if you have loved the previous season of BMF, you will indeed be happy to know that BMF will soon come up with a second season. The makers had premiered the finale of the first season on November 21st. Therefore, the fans are eager to know what unravels next in the story of the drug dealers. The series stars Demetrius Flenory Jr (playing his father) and Da’Vinchi (Terry Flenory). Also, there is a cameo appearance from Eminem, as White Boy Rick. It is actress Sydney Mitchell who plays the role of Terry Lee Flenory’s baby mother LaWanda Roosevelt in BMF.

In fact, the President and CEO of Starz released a statement saying, “The success of “BMF” demonstrates a continued rise in fan demand and interest in the story of the Flenory Brothers.” This success of the series has made the makers eager to delve deeper into the life story of Terry Lee Flenory and his brother.

So as we conclude, we can say that these infamous Flenory brothers had gained immense popularity because of their illicit business of drugs. Now you can witness their life story unraveling on the screen and learn about many unknown aspects. So, connect to a reliable connection like Windstream Internet, grab your popcorn, and get ready to enjoy the interesting details.