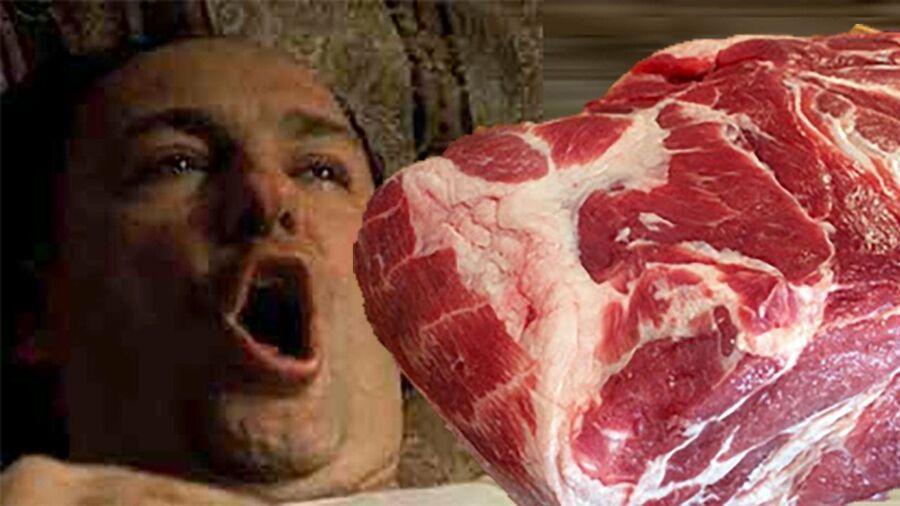 The well-known salami, prosciutto, and bologna. Thanks to overpriced Starbucks breakfast sandwiches and wedding caterers across the country, the mainstays of the great Italian-American meat and cheese counter are now as well-known as Extra Virgin Olive Oil. Gabagool is another name for capicola. It’s an Italian cold cut even though it’s not the most popular or fashionable. The pronunciation of it is the most enjoyable. If you have Italian ancestry and you grew up in New Jersey.

You’ve probably heard the phrase mentioned quite a bit if you’ve encountered either of those cultures. Red meat significantly contributes to Tony Soprano’s psychological trauma in The Sopranos. As a result, phrases like “super-sod” (soppressata) and “gabagool” have some narrative significance.

The American English language has incorporated many words from many different languages; Italian is no exception, as you can trace many words in current English back to the Romance languages of the Mediterranean.

These words include jabroni and gabagool, which serve as the article’s main theme. It is due to the immigrants who made the long voyage across the ocean to the land of opportunity that gabagool has undergone a nearly unrecognizably altered state from its original form in Italian.

The majority of those escaping their country were of Southern Italian descent. Given that Italian cultures vary from region to region, particularly from north to south, this information is noteworthy.

Why is capicola sometimes referred to as gabagool?

You probably know capicola as “gabagool” if you’ve seen The Sopranos or The Office. According to Atlas Obscura, the development of an accent that is not only regional but unique to the offspring of a particular group of Italian immigrants is to blame for this strange phenomenon. We’re not here to debate linguistics; instead, we’ll talk about the basics. The evolution of the Italian language baffles even linguists in the know.

Essentially, the majority of Italian immigrants came from different southern Italian regions, and even after they arrived in the United States, they remained divided into regional groups. And each of those groups had a distinctive dialect of their native tongue. Bits and pieces of the languages persisted when they merged in the United States, creating a sort of Italian-American dialect.

After that, the sounds and inflections of the letters began to change. Without getting too technical, it all comes down to accents. Whether you pronounce a letter with your mouth or vocal cords. The final vowel was eliminated, the hard “c” in “capicola” was changed to a “g,” the “p” became a “b,” the “o” became a “ooh,” and so on.

Due to the vast numbers of Italian immigrants who came to American shores over the past 200 years, the term had spread to one side. Its adaptation for numerous films and television programmes, such as The Sopranos and The Office, was another significant aspect. Urban Dictionary provided a definition for “gabagool” in 2003.

With red or white wine, garlic, and a variety of herbs and spices, you can cook large chunks of pork shoulder. Also occasionally used is neck meat (typically paprika). You must give them up to six months of healing time while wearing a natural covering. Additionally, it is frequently burnt, and one variety known coppa cotta requires lengthy roasting.