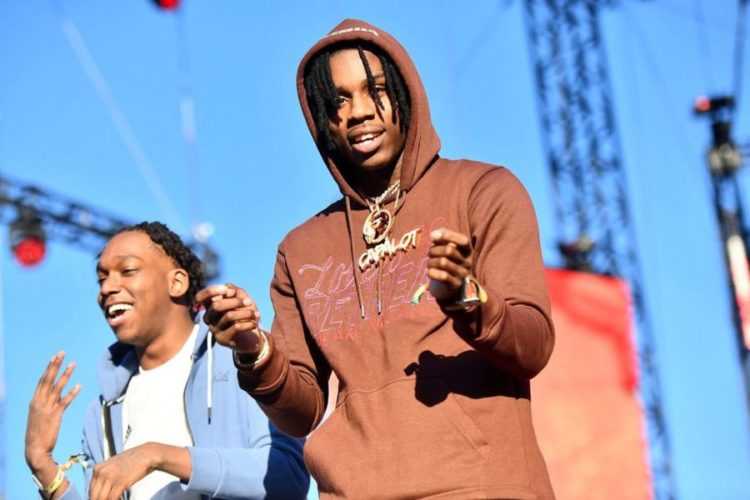 Polo G is a popular rapper from America who is also a songwriter. He came to the spotlight after the song ‘Pop Out’ was released in 2019. The rapper has a huge net worth and earned a fortune through this profession as a rapper. So, let us discuss more about this American rapper, his career, and his net worth.

What is Polo G’s Real Name?

Polo G’s real name is Taurus Tremani Bartlett. He was born on January 6, 1999, in Chicago, Illinois. His parents are Taurus Bartlett and Stacia Mac. Coming to his childhood days, he grew up in the old town of Northern Chicago.

He spent most of his childhood days with his brother and two younger sisters. But the problem is that he was involved in street violence in Chicago and many criminal activities. Thus, he often got arrested many times. At one point, he was arrested around 6 times within a short period back to back. Polo G committed many crimes like

At the age of 15, he lost one of his friends due to gun violence. Initially, his parents condemned his illegal activities, but the rapper continued his way. Though he was involved in street hustling activities, he also looked for ways to develop his music career.

Soon after graduating high school, he went to Lincoln University to pursue his career in broadcasting. But he suddenly changed his plan and informed his mother that he would start his career in music full-time. Then, he joined the Chicago-based group Mickey Cobras, which has a long-term dispute with gangs like Gangster Disciples.

During his childhood days, he loved listening to Chicago artists like

He grew up listening to the words of these artists as well, such as

What about the Rapper’s Professional Life?

At first, Taurus Tremani Bartlett recorded a song named ‘ODA.’ Then; the rapper got a chance to release his songs on the SoundCloud website, gaining many followers. With such attention from people on the SoundCloud, he released two more songs, namely

Finally, he got a chance to release the breakthrough hit song in 2018 titled ‘Finer Things.’ This is where he gained a lot of recognition in the music industry. Then, the rapper released one more hit single titled ‘Pop Out’ ft Lil Tjay. Again, this is a massive hit single and grabbed him a chance to work with Columbia Records in 2018. He signed an agreement with them to work further.

Then, Polo released his second album ‘The Goat’ within a year later for Columbia Records. This album song again became much more popular than his other album songs. Again, it grabbed the #2 on the Billboard 200. Furthermore, ten of his songs from the same album are listed on the Hot 100 list.

Following his success in the music world, he stepped into the business and opened the clothing line named ‘Polo. G Capalot.’ His fans can get the type of clothing that one can often see him wearing in songs from this shop.

Is the Rapper own too many Luxurious Cars?

Yes, Polo G owns too many cars that one can see in his garage. Coming to his car collection, here is the list,

How old is Polo G?

Since he was born in 1999, he is 23 years old now. This shows that the rapper is popular at such a young age. He also has a huge fan-follower base. Polo G’s height is approximately 5 feet 9 inches or 1.75 meters. His weight is around 75kg. There is no data regarding his chest, arm, and waist sizes. Furthermore, his eye and hair color are both black.

What is Polo G Net Worth?

The young rapper earns a good net worth of around $7 million. He is one of the popular rising rappers in the music world, among other youngsters. But, he had already achieved a lot of fame in the same music industry. Polo G accumulated this huge net worth through his hard work in his music career. He released several albums and singles and attended many stage shows and live concerts.

He is gaining much fame in the music world, and it seems that he will be on the list of richest rappers in the world. Apart from his music world, he earns a lot of money from his YouTube channel. He has millions of views for his songs, and his annual income is $0.5 million from YouTube.

This is all about the young and popular rapper Polo G and his net worth. I hope this article will provide you with enough data about the rapper.