What is Tory Lanez’s Height and Net Worth 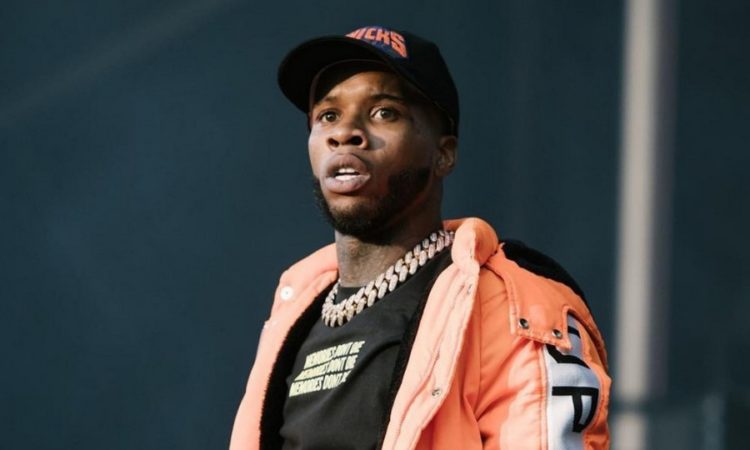 Tory Lanez is a controversial figure. His rift with Drake and the alleged shooting of Megan Thee Stallion has made him a notorious character. Several times he has appeared in the headlines for the deeds he was accused of. He is a well-known Canadian Rapper aged twenty-nine. His real name is Daystar Shemuel Shua Peterson. More than his talents he made headlines because of his controversial activities. He got the initial recognition for his mixtape Conflicts of My Soul: The 416 Story in 2013. Then he also released many albums that became popular. Here you can find all the details about Tory Lanez.

How tall is Tory Lanez?

Tory Lanez’s height is 5-foot, 3-inches. His weight is 120 pounds. Many people knew about his height after a report that mentioned it. The report was made after he got arrested for posting a $35,000 bond. His stage name Tory is a reference to the late rapper Notorious B.I.G.

Where he is from?

Lanez is from Brampton, Ontario, Canada. His father is a Bajan named Sonstar. The Bajans are the people identified to belong to Barbados. The name of his mother is Luella. From his early childhood, Tory Lanez developed his skills in rapping. He started to rap more often after his mother died. It helped him to recover from the tragedy.

At the age of fifteen, he was left to fend for himself. It made him realize that he has to take care of himself because there was no one to do it for him. At this time, he adopted the name Tory Lanez.

In 2009 Tory created his debut mixtape T.L 2 T.O. He also directed some music videos and posted them on his Youtube channel. The Jamaican singer and songwriter Sean Kingston got interested after seeing his channel. So, he contacted him and asked Lanez to perform live at a concert. Then he started to release several mixtapes and songs that became famous.

In 2015 Lanez released his first single titled “Say It”. Then he released another single “BLOW”. At the same time, he released mixtapes as well. From 2020 he started to defend himself in many songs after he was accused of shooting Megan Thee Stallion. His album titled Daystar was his first project in 2020 after many allegations against him.

What are the controversies about him?

In 2020 Lanez was involved in an argument after leaving a party and the fight resulted in violence. He got arrested in Hollywood and the authorities found a concealed weapon in his vehicle. In the car, there was another rap artist, Megan Thee Stallion. She shared that she experienced gunshot wounds after the fight. The first time she did not say who shot her. But on Instagram Live in August 2020 the rapper stated that she was shot by Lanez.

In the same year, Lanez released his album Daystar to defend himself. He addressed the shooting on all the songs and denied that he shot the rapper. Also, he claimed in his songs that Megan and her team are trying to frame him. The internet turned into a frenzy as many supported Megan Thee Stallion. There were a lot of negative comments about Tory Lanez. Also, it affected the career and reputation of Tory Lanez.

At the same time, Lanez also got stuck in another case. This time it was not shooting but a hit and run case. On September 22, 2021, a lawsuit was filed against him when a Plaintiff, Barry Fine alleged that he got disfigured and injured after a car hit him. The man sought more than $30,000 in damages from Tory Lanez. The unknown car that hit him belongs to Lanez according to the lawsuit.

Is Tory Lanez in jail?

As Lanez was accused by Megan Thee Stallion of shooting her, the rapper was set to appear in court on September 23, 2021. Many people thought that he will be put in jail. He also got in trouble of disobeying the restraining order as he performed at Rolling Loud music festival with DaBaby. Lanez also started to trend on Twitter after he completely wiped all his social media accounts and tweeted “It’s been real.”.

But the rapper is not in jail. He is out on a bond of $250,000. Many details of the court proceedings are not out. But if he is guilty of the crime, he may receive 22 years in prison. This will ruin the whole career of the rapper and also his name in the rap industry.

Although he is handling a lot of legal issues, he has not stopped releasing songs. He revealed on social media about his album ALONE AT PROM. It is set to release on December 1, 2021.

What is the public’s opinion about Tory Lanez?

Many fans are discussing the future of Tory Lanez after the lawsuits. Many are supporting Megan and only have negative things to say about Lanez. They think that Lanez is too smug as he shot a woman and also is performing in a concert. Some people think that he has to be in jail for his deeds. Therefore, there is only less support for Tory Lanez.

Tory Lanez net worth is $2 million. The rapper’s collaboration with Benny Blanco sold more than 1 million units. Also, many of his songs were listed in the Billboard charts. In the beginning, he was at the top of his career. However, because of controversies his fan following decreased. Yet still, he may come back with a great album.

Tory Lanez is a good rapper. But many things in his personal life are damaging his career. He is going to court and also having the time to focus on his career. His songs are great but the number of people cheering for him is decreasing day by day. We have to see whether he can tackle all the negative publicity and other pressures.

You may also read: Terrence Howard Bio, Family, Affair, Net Worth and Facts