What is Warzone’s New “Evolution” of Battle Royale Genre All About? Learn What The Devs Say 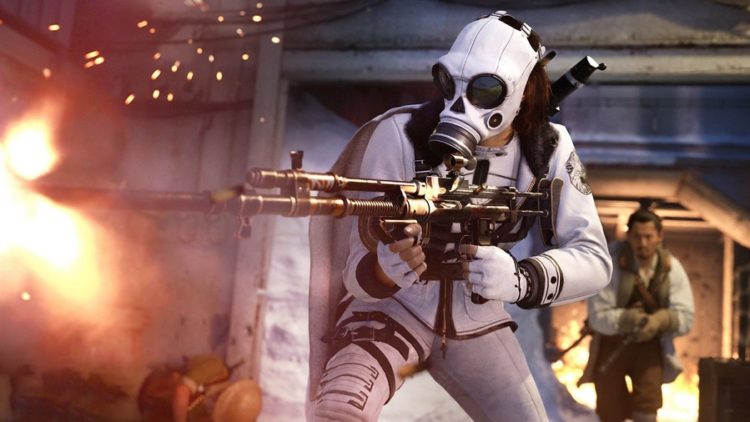 There are very few games that have received as much popularity as Warzone. With Warzone 2 in the pipeline, Activision presently has other significant projects. In fact, all these are in the hopes of “evolving” the Battle Royale genre. Moreover, the Call of Duty franchise has had several stints in the Battle Royale category. In fact, from Blackout to Warzone, devs have spent years working within the “last-person standing” framework. Needless to say, the success rate was indeed massive. So would you like to know about it in detail?

Stay with us until the end if you want to know about some of the significant aspects of Warzone’s new evolution. You can also check out a video on the same here https://youtu.be/mefL78Df6X8.

What is The Present Status of Warzone?

Since you are reading this blog, it is evident that you are familiar with the game. Therefore, you might want to know more about the new aspect of this game, right? Well, you are at the right place as we will share with you some of the significant aspects of some of the innovations of Warzone. Warzone is one of those games which are highly successful. Therefore, even though Warzone 2 is in the works for a reported launch in 2023, some new inclusions have made the game more exciting. As per the sources, the inclusion of Battle Royale practice might soon be done by the devs.

So do you have an idea about what it is all about? It is a restricted practice match against bots. Here the players will encounter circle collapse, free-for-all battle play, and even contracts. In fact, it is always the same map where the match is fought on all the bots who kill each other, thereby making it a varied experience for bot matches. Especially when you play it on either PlayStation or Xbox or other gaming consoles, the experience will seem unreal. Sounds pretty exciting, right?

What New Inclusions Can We Expect in Warzone?

So when we are discussing the recent inclusions in Warzone, we can say that the devs have indeed brought several significant changes. In fact, the Warzone Creative Lead himself, Josh Bridge, had suggested that multiple dev teams have already toiling away for quite some time now. Moreover, that ‘something’ will be exciting, as per their posts.

Therefore, if we look into the future, we can say that Battle Royale is one of those inclusions. In fact, the Creative Lead also said that all the players would love the idea of exploring when there is a large player count on a huge map. So you can well understand that the devs are also concerned about coming up with some new concepts that will help the players enjoy themselves a lot more.

The new #VanguardReport shows you updated stat comparisons each time that you check it! https://t.co/8N2Opd1FOE pic.twitter.com/ySAoIgEIDI

However, as of now, what these new experiments will be like, remains unclear. The devs have not yet come up with any official posts regarding it. But the earlier leaks from industry insiders suggest exactly what the Creative Lead was teasing.

It was from November 2021, speculations of new inclusions in Warzone are in the air. In fact, one of the prominent leakers, Tom Henderson, claimed an escape from Tarkov-style mode was already in the making at Infinity Ward. Furthermore, other relevant sources also backed this info. We could also understand how the standalone mode features a large player count with playlists for multiple team sizes.

In fact, this description ticks many of the similar boxes that the Creative Lead outlined regarding the evolving of the Battle Royale category. Moreover, further details have also indicated the inclusion of this particular mode, which they refer to as DMZ.

As per the views of the devs, it is worth taking this connection with a grain of salt for now. However, with no exact release date in mind, the players have to wait for Battle Royale for now and see how things work out.

So as we conclude, we can say that Warzone is indeed one of those few games that need no separate mention when we talk of successful and most popular games. Therefore, when the devs bring up innovations like Battle Royale, it will make the fans crazy.