Know What Options are Available for TSM Before 2022 LCS 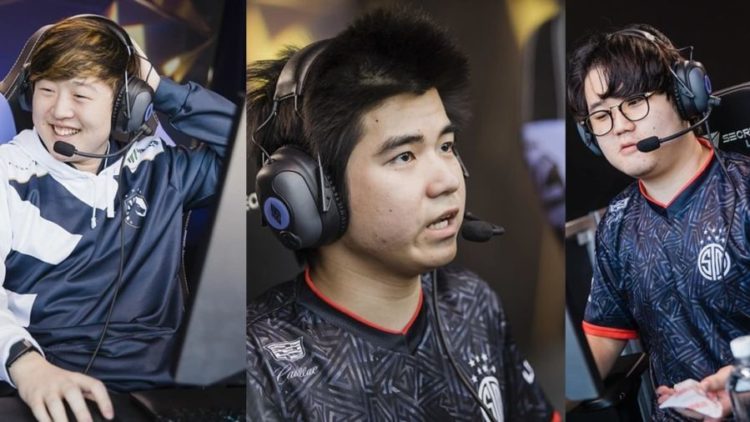 The League of Legends domestic season is coming to an end. The new LCS and LEC champions are now crowned. Behind the scenes are happening and one is LoL Rostermania. All the latest players are ready. Here you can find out all the details about the LCS and the options available for TSM.

Now we are waiting for the exciting Rostermania. The team owners, general managers, and ambitious players are ready to focus on the lineup changes. They are looking at new teams for 2022. Particularly many are viewing the western heavyweights G2 Esports and TSM. These missed the Worlds this year even though the program was star-studded. So many are anticipating them to take part and spend lots of cash in the open market. In this way, they will shake up the status quo. Continue reading to know more.

What are TSM’s plans?

TSM has dropped new information regarding the Roster for the 2022 LCS Season. They had a disappointing end in the LCS summer split. So the organization is trying to shift its approach to building rosters. So TSM will become very different in 2022.

TSM Reginald and Parth filmed a video on Twitter and explained TSM’s plans for the future. Many information bombs got dropped by them. It also included the plans of Bjergsen’s 2022 plans. We also came to know which players are staying.

Who is not staying for TSM 2022 Rebuild?

SwordArt is leaving from TSM in the 2021 Offseason

Many sources are saying that SwordArt is leaving TSM in the 2021 Off-season. He signed a two-year contract worth $6 million. But he is missing all this money to leave the organization. He was the highest-paid player in LCS. But he turned the chance to get successful in some other place. Also, it seems his performance was not up to the mark. So he may join some other team.

Bjergsen is the leaving from TSM. But he has decided to play again. Nothing is clear now of where he will play. But Travis Gafford has given a hint that Bjergsen will move to Team Liquid. This is the same team where his rival Jensen is. It will come true in the 2022 LCS Season.

TSM’s League of Legends team is experiencing the effects of the LCS offseason. The Midlaner PowerOfEvil is exploring options for 2022. He is still discussing with TSM according to a Twitter post. He also mentioned that his contract is open for grabs without a buyout clause. It seems organizations in North America and Europe are interested in him. He is under contract with TSM for the 2022 professional League season.

The position of PowerOfEvil as TSM’s Midlaner was questioned earlier this year. This happened when Upcomer reported that a one-time franchise player and partial owner of the team Bjergsen was going to return to the Pro League stage as a player. But it is not clear whether these reports are true or not.

We went all the way, but not far enough. After five games, our Lower Bracket run ends and our qualification for Worlds is impeded.

Our work to rebuild and recover starts today. We’ll make all our fans proud yet.

PowerOfEvil started its career in 2014. But he has never played for a team for more than one season. In these seven years, he has played for the teams in Europe and North America.  Then in the LCS, he has played from the 2018 season.

The details of whether PowerOfEvil is allowed to choose his contract with TSM before the final year of his deal are not known. Also, we do not know if TSM will terminate the contract before itself. TSM has not revealed any news regarding PowerOfEvil’s future. They did not share anything about the plans of the League team’s front office regarding the mid-lane position in 2022.

As of now, two players will return for TSM in 2022. They are Huni and Spica. The TSM Reginald confirmed that Huni and Spica will be continuing to play for the organization.

These updates about TSM may change anytime. So we have to wait for further developments. As of now, TSM is preparing for the roster rebuild. Some of their players are leaving but some of the players are staying. Also, players are swapping teams.