by Shivam
in League of Legends
Reading Time: 5 mins read
0 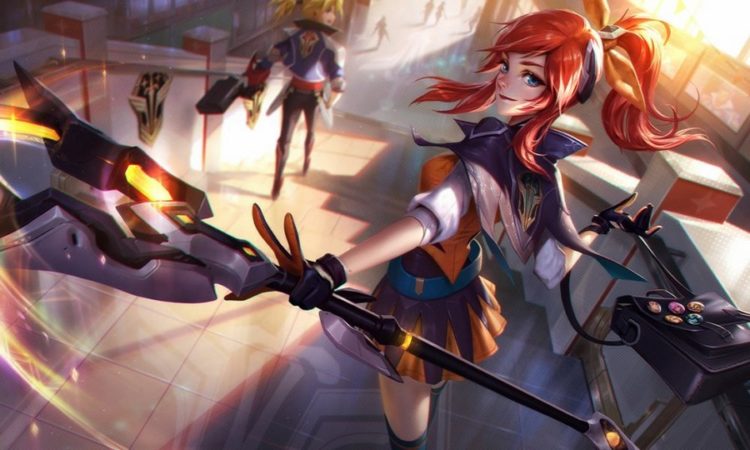 If you have previously played the popular game Teamfight Tactics, you will be elated to know that their TFT is coming up with a new update, which will include a host of new characters and various other things. Sounds exciting, right?

Yes, finally, after waiting for a long time, the fans will get to see Neon Nights Mid-Set update building on the Gizmos & Gadgets formula. In fact, in this new update of  TFT patch 6.5, you will find more than 20 new champions. In fact, it will include three never-before-seen in TFT, fresh Hextech Augments, and a lot of exciting things. So indeed it is going to be super-exciting. Are you looking forward to playing this game? Let us share with you some of the relevant details about the new update.

What can You Expect in TFT 6.5 Upgrade?

Needless to say, this is one of the most-anticipated upgrades of this year. In fact, this years’ upgrade tops all those in TFT history. Therefore, the fans are crazy about the Neon Nights patch for TFT Set 6.5. Do you know why? This is the biggest set with more than 20 new champions on it. Apart from that, the players will also get to try out new Hextech Augments, a few mechanics changes, and many more exciting things. So without much ado, let us dig into what you can get to see in this new update. Have a look at what the fans are saying https://youtu.be/aXPLLiisR-I.

Which Characters will You Get to See in The Game for The First Time?

As we mentioned earlier, TFT’s, this years’ update, will be a major one. As per sources, during the Neon Nights Mid-Set update, it will have more than 20 new champions and a handful of traits. In fact, the devs have already revealed all these in their videos.

The Lunar Legend Festival is coming, and you’re invited to a new event, Gifts of the Golden Lantern, where you can give (and receive) gifts to Tacticians from across the Convergence. Look out for more info on January 13th! 🏮 pic.twitter.com/YMXYS9WWkw

Moreover, you will also get to see three champions appearing for the first time in this game. Do you know who they are? They include League staples Alistar and Corki, along with Arcane antagonist Silco. Needless to say, the latter is quite the undertaking as it is Riot Games’ first non League of Legends character in TFT. Due to this, the devs had to make their animations and model right from the ground level.

As per the sources, the new traits like Hextech and Debonair will join the new champions. This will shake up synergies in the Convergence. However, a high price is to be paid by removing many champions along with the Academy and Imperial traits to introduce the new roster.

Will the Players Get to See New Hextech Augments in TFT Set 6.5?

Many of our players might be wondering if they will get to see new Hextech Augments in TFT’s recent update. Well, there is good news for you as Riot has promised the players new Hextech Augments for TFT Set 6.5. Well, this makes perfect sense, isn’t it? This is because, without Imperial, you won’t have Dual Rule or All For One rule. Therefore, the new augments will freshen up what is already in motion and go well with the game’s new additions.

However, what augments the devs add is still a mystery. Some of the probable ones might be the typical Heart, Crest, Soul, and Crown Augments. However, we are not sure, as Riot might ship a couple of game-changing ones to keep players alert. You can have a look at what the devs are saying about it here

When can You Expect the Release of TFT Set 6.5?

As per the official sources, TFT Set 6.5 will probably drop in by the Spring of 2022. However, the devs have not yet released an official date regarding the release. As you know, the battle pass is ending on February 14th, 2022, and from that time, TFT patch 12.4 is all set to go live.

Therefore, the players can expect Neon Nights Mid-Set update to come on February 15th, 2022. So make sure you keep an eye on their official websites to know about the release date.

So as we conclude, we can say TFT is one of Riot Games’ top-rated games. The fans have always enjoyed playing it. Therefore, when the devs are coming up with such a major update, the players are indeed going to be crazy and excited.