When To Expect Book Club 2: The Girls Travel To Italy For A Bachelorette Party 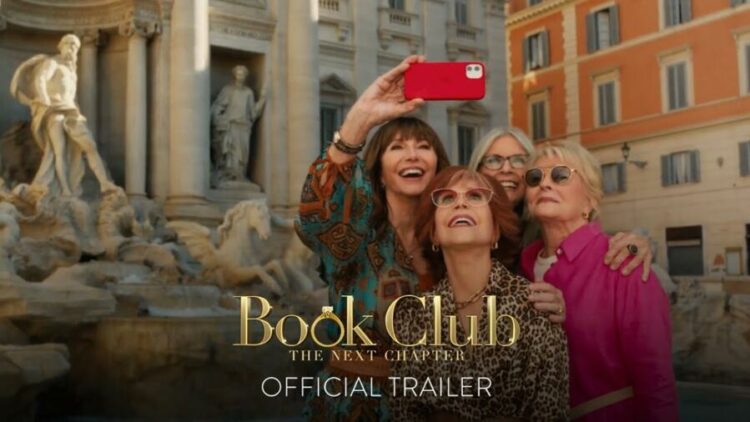 The first official trailer for Book Club: The Next Chapter, the sequel to the 2018 hit romantic comedy Book Club, has been released by Focus Pictures, and it appears to be just as entertaining as its predecessor. Diane, Vivian, Sharon, and Carol return to embark on a new adventure with their three best friends in Italy.

When Book Club first launched four years ago, it was an unexpected success. The film follows the lives of four best friends whose perspectives on personal relationships changed after reading Fifty Shades of Grey. Since then, fans have been waiting for the sequel with bated breath. Continue reading to see the trailer for the film and learn when it will be released.

Book Club 2: The Next Chapter Teaser

The Cross-Country Adventure of Longtime Best Friends. “Life is like a story,” says the trailer’s first sentence. It is impossible to predict what will happen in the following chapter. “We may never have the opportunity to do something like this again,” Carol says, so the group decides to celebrate her Bachelorette in Italy.

The journey, however, quickly turns into an adventure as the four meet new people, travel to new places, and even end up in jail. On May 12, 2023, Book Club 2: The Next Chapter will be released in theatres. After the jump, you can watch the trailer.

Fans are already excited about the film, with one saying, “I’m glad to see the ladies back in action. I just can’t wait!” I loved the first one; what a great cast!” “One of my all-time favourite movies is The Book Club, and I can’t wait to see this one. I’m also thrilled that the four lovely ladies are returning.”

Book Club, released in 2018, was a commercial success, grossing more than $100 million worldwide. A year later, it was discovered that the filmmakers had approved a sequel. The covid epidemic eventually caused the production to be delayed.

“Four closest friends take their book club to Italy for the fun girls’ trip they never had,” according to the official synopsis. When things go wrong and secrets are revealed, their peaceful vacation turns into a once-in-a-lifetime cross-country adventure.”

In the sequel, the main female characters reprise their roles

The four iconic female characters from the first film return for the sequel. Diane Keaton will play Diane, Jane Fonda will play Vivian, Candice Bergen will play Sharon Myers, and Mary Steenburgen will play Carol Colby in Book Club: The Next Chapter.