Who are Emma Raducanu’s Parents? 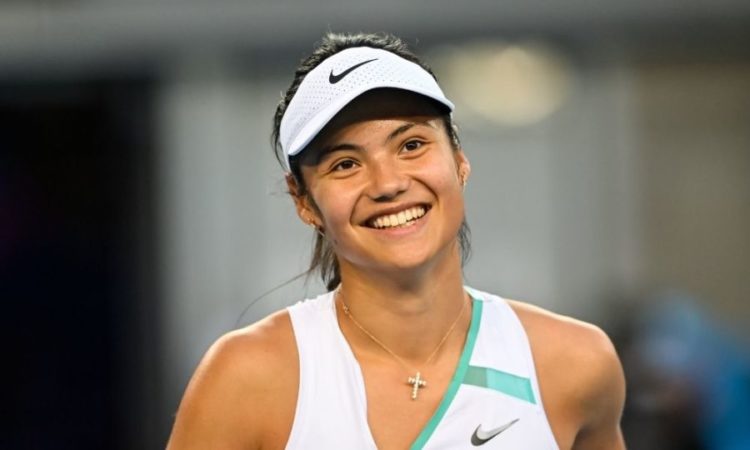 If you are a fan of tennis, you must have indeed heard the name of the rising star Emma Raducanu, right? She has had a terrific start to her professional career on the WTA Tour. in fact, this teenage sensation also made the headlines after her incredible match in Wimbledon 2021, where she managed to reach the fourth round.

Needless to say, she has stepped into the world of sports pretty soon; however, she has drawn the attention of the public right from her debut match. Not only is she a pretty face, but she also knows the game of tennis pretty well. In fact, she can soon give tough competition to other famous players. However, how much do you know about her personal life? Today we will share with you some of the exciting aspects about her. At the same time, we will discuss the identity of her parents since many of you might not have an idea about it.

Check out Some Significant Details about Emma Raducanu

Since you are reading this article, it is evident that you are eager to know more about the rising tennis star Emma Raducanu. Well, you are at the right place as we will share with you all the details regarding it here. As we mentioned earlier, Emma has made the headlines right from the start of her sports career due to her incredible performance.

She had made her WTA debut at the Nottingham Open 2021. Here she also earned a wildcard. A few weeks later, she earned a wildcard for competing in the main draw of Wimbledon 2021. Furthermore, she became the youngest Briton to reach the third round of the Championships, after Elena Baltacha in 2002. Surprised right? Well, she is indeed amazing!

At the same time, Emma Raducanu also made back-to-back fourth-round appearances at Grand slams. The rising tennis star also reached the fourth round of the prestigious US Open 2021 after defeating some tough competitors.

Also read: How Much Money Does Tommyinnit Make?

Find out who are Emma Raducanu’s Parents

As per the sources, Emma Raducanu was born in Toronto, Canada, to a Chinese mother and a Romanian father. However, when she was just two years old, her family shifted from Canada to the United Kingdom. In fact, she was only five years old when she started playing tennis at the Bromley Tennis Academy.

So do you know what the profession of her mother and father is? Her mother, Renee, and father, Ian, are both financial executives. In fact, due to her father’s encouragement to try different hobbies at an early age, Emma started growing an interest in sports. Therefore, alongside tennis, she also played other sports.

However, soon, she realized that tennis was not just her hobby but also her passion. From that time, she started idolizing the likes of Chinese players Li Na and Simona Halep. Even though Emma presently holds British citizenship, she has a special place for both Romania and Canada. Moreover, she visits her paternal grandmother in Romania at least twice a year whenever she gets time.

Therefore, you can say that Emma Raducanu is one of the future stars in women’s tennis. She will carry the legacy of several women tennis players forward with her incredible performances. In fact, if she can improve her level of tennis in the coming years, she can be a contender to win multiple Grand slam titles and set a new record.

As a fan, if you follow her recent matches, you must have heard that Emma Raducanu has lost the Miami Open 2022. Well, it is indeed unfortunate. However, this loss has also enraged her fans and her fellow players. In fact, she has started to lose their respect, according to former tennis star Daniela Hantuchova.

So until now, the Brit has won just two matches on this tour and only four in total since winning the US Open in September 2021. In fact, her most recent game at the Miami Open was the most disastrous. She had set and broke up against world number 53 Katerina Siniakova but ultimately surrendered the advantage by losing at 6-3, 4-6, 5-7.

A Tough Defeat for the Rising Tennis Star

It indeed becomes difficult to accept a tough defeat for any rising star. It becomes even more painful, especially if it is someone like Emma Raducanu. However, in sports, there are always wins and losses. So instead of pining for what cannot be rectified, a sportsperson should always accept it open-mindedly.

The famous tennis star Daniela said it was indeed a “tough one for Emma.” This loss would certainly hurt her very much because she could not properly use the chances she had. In fact, Emma’s opponent is also a great fighter, and in this match, she showed what made her win all the big titles in doubles. Therefore, Emma needs to take extra care while playing with her in the future.

Moreover, Daniela also stressed that Emma’s poor run of form also means that she can no longer command the same level of respect as she used to get when she became a major champion. This loss has cost her for good. All the respect she had gained from her fans and fellow players after winning the US Open is going away. Therefore, it is high time that Emma rethinks, regroups, and refines her strategies. She needs to practice more and work harder to regain her position.

At the same time, Raducanu’s mental strength is also questioned several times after her continuous losses. Regarding this aspect, many of her fellow mates have different opinions and views. Therefore, we are not certain of Emma’s low mental strength. However, Emma has also countered these criticisms and labeled them “unfair.”

You must have understood that Emma Raducanu is indeed a fantastic tennis player. In fact, many of her fans also consider her a future tennis star. Even though it has just been a few years since she stepped into this world, she has already achieved success as a rising tennis player. Due to some reasons, it may be possible that her present performance is not up-to-the-mark.

However, the talented player will soon get back to her true form. So if you are a fan of hers, you can have a look at this article to learn about her present sports career and her personal life.