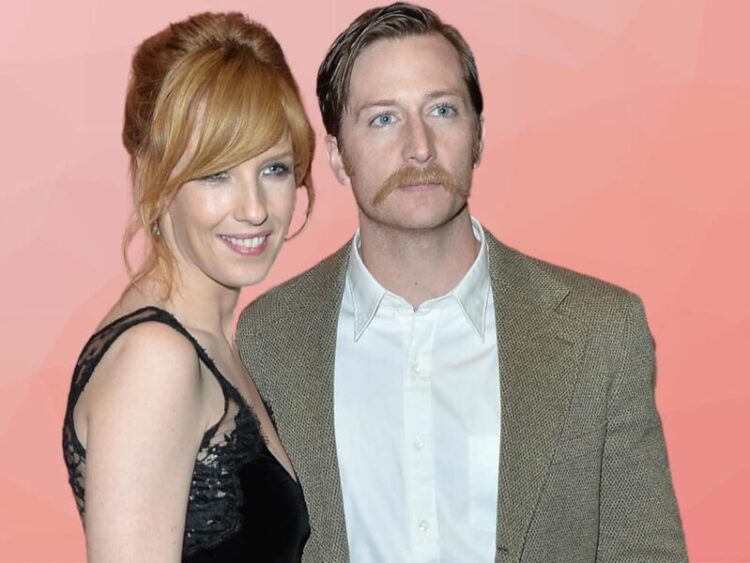 Nowadays, celebrities often get married in absolute secrecy without the fans and the paparazzi knowing about their marriage. In this regard, we can talk about the “Yellowstone,” actress Kelly Reilly’s marriage with Kyle Baugher. Even the show’s biggest fans will not know that she has been married since 2012. This is because she is more than willing to talk about her polarizing character, Beth Dutton, with many juicy storylines; however, she is not at all open about her personal life.

Needless to say, the actress has always been rather tight-lipped about her love life. Many of you do not know many details about her dating life. So today, we will share some details that might shock you to a certain extent. Stay tuned to us until the end if you want to know all the interesting and juicy details of her love life. Let us take a quick tour!

So as we already said, how secretive the actress Kelly Reilly is about her love life. Today we will discuss some of those facts that will astonish you. How many of you know she was engaged to Israeli actor Jonah Lotan? Yes, it was in 2008. However, the two called off their wedding in 2011. Well, this was not her first time dating an actor. Kelly had also coupled up with JJ Field from “Captain America.”

Moreover, Reilly also admitted that she prefers to spend some time away from the spotlight when she is not filming for shows. She shared that in her life away from “Yellowstone,” she lived between New York and the middle of England’s countryside. Even in England, Reilly prefers to live away from the flashes and spotlight in a peaceful place. So you can well understand how secretive she is about her personal life.

People mainly know the popular British actress for her stunning performance in the series “Yellowstone.” However, apart from her life in the film industry, we hardly know anything about her personal life. It seems she is fiercely protective of her love life. So how did she meet her husband, Kyle Baugher?

Well, the couple had met the same year they wed. Up until now, Reilly had declined to talk about her marriage in interviews; however, she told The Guardian, “I’m not saying any more about him except that he’s not an actor, not in the business.” As per the reports, Baugher is not associated with Hollywood at all. He rather makes his living as a financier.

Unfortunately, we know very little about Baugher. His LinkedIn profile reveals that the New York native went to Princeton University. He completed his graduation in 1998. Do you have any idea about his net worth? Well, as per the sources, it is around $800,000. Well, Kelly Reilly’s net worth is also around $5 million. So we can say that both the husband and wife are doing great!

Where Did The Couple’s Marriage Ceremony Take Place?

As you know, very little information is available about Kelly Reilly’s husband, Kyle Baugher. Let us share all the details we could gather from our reliable sources. The celebrity couple chose Somerset, England, as the place for their marriage.

Needless to say, Kyle Baugher makes his famous wife very content. We came to know about it when the star shared some thoughts in the Evening Standard in 2015 about working in theater. He said, “Now, I’m married and happy and content, so I thought it was time to see if I could get that balance back.”

If you are a regular viewer of “Yellowstone,” you will know the answer to this question. However, all those who do not know, let us enlighten you. Although we are not privy to much info about Reilly’s off-screen husband or love interest, we can share spicy details about her on-screen love life. Kelly’s onscreen love interest is Cole Hauser.

Needless to say, Rip and Beth’s chemistry in “Yellowstone” is smoking hot and has been since the very first season of the series. You can say that the reason for such great chemistry is the mutual respect the two actors have for each other. In fact, in one of the interviews, Hauser said, “She’s one of my favorite actresses I’ve ever worked with, and working with her on this relationship has just been so much fun.”

We might get to see Kelly Reilly and her real-life husband Kyle Baugher, but the fans loved the wedding of Rip and Beth in “Yellowstone.” Fans have enjoyed watching the wedding ceremony of the lovely couple.

Often we might feel that the real-life partners of the actors hate or do not share a good relationship with their on-screen lovers. However, this is not the case for Cole Hauser’s wife, Cynthia Daniel. People might not know her much because of her withdrawal from the film industry for a long time. However, Cynthia and Hauser had met when they worked on a project. The couple tied the knot in 2006 and has three kids.

However, Cynthia is a very supportive wife. She loves Reilly and often meets up with her. The on-screen closeness between Reilly and her husband Hauser does not concern her at all. She knows that Reilly would never do anything that would endanger their relationship.

In fact, the two get along great, and Cynthia loves spending time with her. Furthermore, Baugher also has similar kinds of feelings towards Cole Hauser. All of them are good friends with each other. Moreover, Baugher highly supports his wife’s career and always encourages her to persevere.

So as we conclude, we can say that Kelly Reilly might not be open about her relationship on the public platform; however, her on-screen love life is equally exciting. She has chosen not to share many details regarding her spouse Kyle Baugher. But we know that he does not belong to the glamorous film industry. He is a financier. We hope they live together happily, away from the media houses’ probing questions and the camera’s constant flashes.

Also read: What Was Jamie Lee Curtis’ Reaction To Finding That Her Daughter Ruby Was A Trans?