Who Is Molly Hurwitz? Everything About Matthew Perry’s Ex-Fiancee 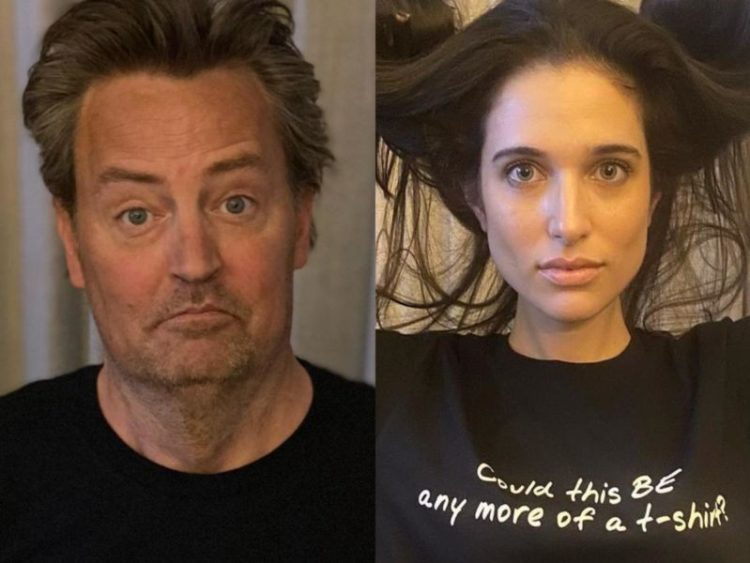 Matthew Perry, the famous actor’s life is one of the most glaring examples of a roller-coaster ride. The actor is famous for his outstanding role of Chandler in the classic sitcom FRIENDS. He was going through a tough period for a while in his life. So that’s why the news of Perry’s marriage to Molly Hurwitz thrilled his fans. However, it seems that the couple had a split. In other words, they are no longer dating together and Molly has become Matthew’s ex-fiance.

For those of you who don’t know about Molly, let us tell you some facts about her. According to the sources, Molly is a 31-year-old American manager and producer. She works in the Zero Gravity management company. She’s from NYC and LA.

The sources have also mentioned that she is a proficient manager and producer in the company. However, she has primarily gained fame as the ex-finance of Matthew Perry. It’s worth noting that Molly’s company has a lot of clients like Katherine Heigl, Angela Lansbury, Maggie Grace, etc.

It only shows that she’s a professional woman and does her job sincerely. Now, you may wonder how the couple actually met each other, right? Before that, we should add that she is 22 years younger than Matt Perry. It’s also worth mentioning that she doesn’t like to do any parties and rarely goes to high-profile parties.

So, in this article, we shall talk about Matthew Perry’s ex-fiancee Molly. Moreover, we will also throw some light on the relationship between the duo. So, now’s the time to go through this article and get all the info that you need to know about them.

What Do We Know About Molly?

We should also mention that she’s now 31 years old. Molly is from New York City as the sources have confirmed. Apart from her career as a producer and manager at her company, she has featured in a YouTube series ‘Girl Stories’. In that series, she played the role of a girl ‘Abbi’ in a small 4-minute comedy clip. The video was released back in 2017. In that clip, she talks about being a Jewish woman in NYC.

So, as we mentioned earlier, she was the ex-fiancee of Mattew Perry. Chandler Bling aka Matthew has called off her marriage to Molly. The 52-year-old Friends star has confirmed that he has called off the engagement to 31-year-old Molly. He said, “Sometimes, things just don’t work out and this is one of them…I wish Molly the best.”

How Did The Duo Meet?

Do you want to know how did Molly Hurwitz and Matt Perry meet in the first place? Well, the sources tell us that they were ‘mix in the same circles’ and thus ‘hit it off instantly’. Sources tell us that Molly is originally from New York City and the duo had spent some time together there. In fact, one of the sources mentioned that Matthew liked the quirky sense of humor of Hurwitz very much.

So, the duo began dating secretly in the year 2018. People spotted the duo together for the first time in the year 2019. So, they went on a date at a restaurant that year. Moreover, they also spent Christmas 2019 together with friends at Matt’s penthouse in LA.

Even though the duo had a rift for some reason in 2020, they soon reconciled. However, it seems that they couldn’t save their relationship and escalate it to the next step.

Why Did Matthew And Molly Call Off Their Engagement?

According to the sources, the pair wished for different things out of their relationship and that was one of the prime reasons. In other words, irreconcilable differences in opinion is the reason behind their breakup.

They were just not on the same page on important topics that would impact their future life as a couple. So, that’s why they felt that it’d be best if they went their separate ways. Perry confirmed to the media that sometimes things just don’t work the way you want them to.

The break-up with Molly was just one of those things. However, that doesn’t mean that he doesn’t care for her ex-fiancee. He wishes the best for Molly in her life.

When Did The Duo Get Engaged?

Molly Hurwitz’s relationship with Matt Perry was a private one. That’s why there are not a lot of details that we can share. In fact, none of them shared a lot of stuff with the media as well. This is the reason why it’s difficult to know exactly when Perry proposed to Molly in the first place.

However, there are a few sources that tell us that the couple were in a relationship since 2018. But they had a rift in 2020 which they solved later on. In the year 2020,  Perry proposed to Molly for marriage and she said yes.

The actor from Friends on his Instagram profile shared the picture of her ex-fiancee Molly Hurwitz. In that picture, she was wearing a Friends T-shirt merchandise to help raise funds for the WHO’s Covid relief groups. Perry in the photo captioned “You don’t have to pose this way while wearing the shirt, but please feel free.”

Well, it seems that Perry wasn’t the only celebrity that Hurwitz has dated in her life. In fact, the talent agent Molly was the partner of The Office star BJ Novak for a while. So, a source claims that the guys she has dated in her life in the past are from the entertainment industry.

A lot of people want to know whether Molly Hurwitz liked Friends sitcom or not. Well, who doesn’t right? But, according to the sources, Molly’s favorite show is Fraiser.

Also Read: New On Prime Video In July: The Complete List of Movies