Who is Returning in The Manifest Season 4? 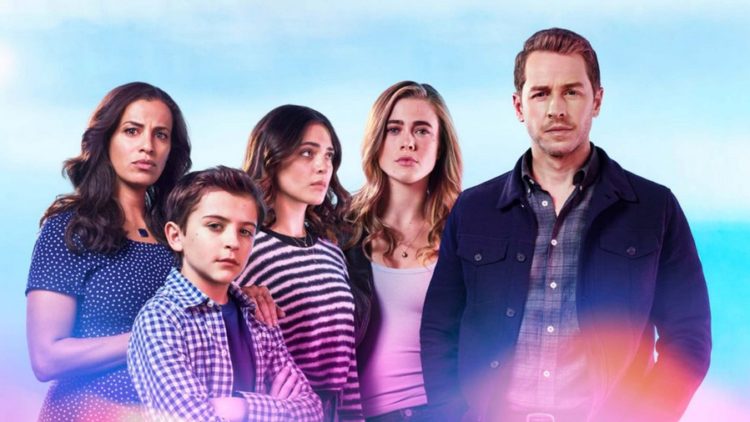 Manifest is a popular supernatural drama created by Jeff Rake and televised on NBC on September 24, 2018. It narrates the story of the passengers and crew of the commercial airliner who were presumed dead and reappeared again after five years and half years. After three successful seasons, the show is going to get a fourth season and now it is going to release on Netflix as it became popular.

When will Manifest season 4 release?

Nothing about Manifest season 4 release date has been revealed yet. It is not expected to be released before the spring of 2022. But many fans are assuming Manifest season 4 to premiere between May and June. The expected date of release is November 2022.

Director Jeff Rake revealed on his Twitter on November 18 to announce to the viewers that the filming of Manifest season 4 has started.  He also posted a picture of the film set in New York City. The twenty episodes of the fourth season will release in parts after the cliffhanger of season 3.

Now the fans are waiting eagerly for the new season. He shared that “The endgame won’t change at all”. He also added, “I am confident that 20 episodes give me enough time to tell the entirety of the story as I always intended to”. So the fans can expect the release of Manifest season 4 soon.

What is the plot of Manifest?

The Montego Air flight 828 while travelling from Jamaica to New York City experiences a brief period of severe turbulence. The flight lands at Stewart International Airport in Newburgh, New York. The 191 passengers of the plane and crew learn shocking news from NSA deputy director Robert Vance that they were searching for the flight and the passengers for over five and half years.

The authorities and the family members of the crew members thought that they were dead in the accident. As the crew members start to rejoin society after returning they learn that everything about their family members and friends has changed. They are not the same as they were five and a half years before. They also begin to experience a guiding influence of a voice and visions that tell them about the future refer to it as “callings”.

What is the plot expectation for Manifest season 4?

Season 3 of Manifest ended with a cliffhanger. One thing that will be revealed in Manifest season 4 is Saanvi’s involvement in the death of The Major the mother of Sarah. In season 3 Angelina runs off with Grace after murdering Eden and Randall and Eagan get arrested. Further Can Stone disappears into thin air after touching Flight 828’s tail.

Captain Daly also suddenly reappeared and disappeared and when asked about him Rake shared “Whether it’s purgatory, whether it’s the netherworld, these are terms and concepts that Ben and others will struggle to understand”. He also continued by explaining that the crew members of flight 828 were in a place and the details about that place will be revealed in the fourth season by Cal.

If you had to pick, which one would you rather get extra seasons for?

Who is Manifest season 4 cast?

J. R. Ramirez plays the role of Jared Vasquez who is a detective at NYPD’s 129th Precinct and also the ex-fiancée of Michaela. He marries Michaela’s friend but is a divorcee when she returns. He also comes back to resume his role. Parveen Kaur will return to play Saanvi Bahl who is a doctor and medical researcher at Koch Hospital. She is also a passenger on Flight 828.  Later she gets recruited by NSA to work on the Project Eureka task force that is investigating 828.

Luna Blaise plays the role of Olive Stone the daughter of Ben and Grace. She is Cal Stone’s twin sister. She will get more screen space in season 4. Holly Taylor as Angelina Meyer a passenger of flight 828 held captive by her religiously fanatic parents in Costa Rica after she returns. Then she is rescued by Michaela and Zeke and starts to live with Stones.

Ty Doran who plays as Cal Stone and Daryl Edwards who plays as Robert Vance will become season regulars. Cal Stone is Ben and Grace’s son. He was a passenger on Flight 828. Matt Long plays Zeke Landon a hiker who gets lost in a cave during a blizzard and is presumed dead for a year to return after saving Cal’s life. He marries Michaela. But Matt Long will not have a big role in Manifest season 4 because of the scheduling conflicts.

Director Rake is now expected to provide his fans with the mystery behind the plane’s disappearance and what happened on the flight. The end is going to be thrilling. Rake shared in an interview “There is a huge appetite for people wanting to know what’s that end of the story, what happened to the passengers, what ultimately happened to that flight”. So let’s wait and see what is going to happen.

Let’s wait for Manifest season 4 to release to know the mystery of flight 828.

You may also read: The Easiest Way to Stream Spotlight on Netflix