Who is Ulrika Jonsson with Now? 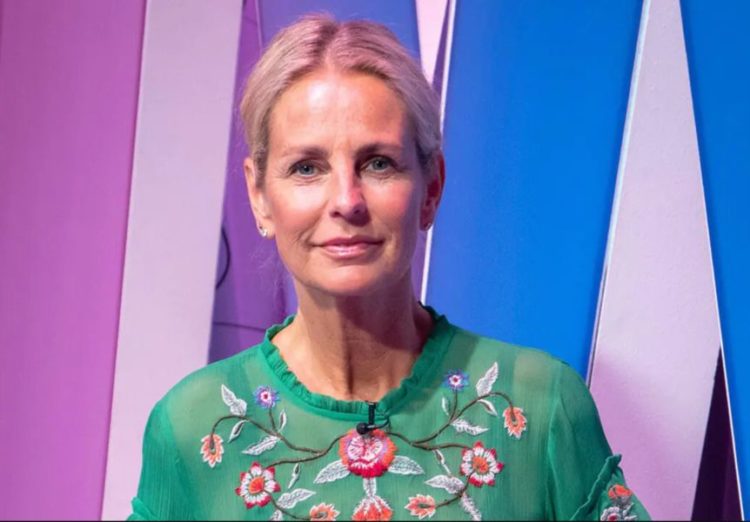 Ulrika Jonsson is a Swedish actress and TV presenter. She is also popular as a journalist and novelist. In 1988, she started her career in the Television industry as a weather presenter. Initially, she worked on a TV4 where she worked in different jobs. In this article, let us discuss interesting facts about Ulrika Jonsson. She was born on 16th August 1967. Her birthplace is Sollentuna, Sweden. She was born to Bo Jonsson and Gun Brodie.

At first, she became the TV presenter to host the weather forecast. Then, she shifted to present the ITV show Gladiators. She also worked as a team caption of the BBC ‘Two show shooting stars.’

Why is Ulrika Jonsson Famous?

Ulrika became famous for interviewing Prime Minister John Major in 1997. For the BBC program, ‘The Enormous Election’, she came forward boldly to interview the then-Prime Minister. Then in 1998, she took an interview with then Chancellor of the Exchequer, ‘Gordon Brown’. It was for the program ‘Ulrika in Euroland’, she took this interview. Since she interviewed top politicians in her life, she became famous all of a sudden.

Ulrika Jonsson married thrice in her lifetime. At first, she was in a relationship with a cameraman, John Turnbull, and married him. She had a relationship with him from 1990 to 1995, after which she got divorced. Then, in June 1998, she dated footballer, Stan Collymore but soon ended her relationship due to an argument in a Paris bar.

Jonsson also dated a German hotel manager, Marcus Kempen, and even has a daughter. She was born in 2000 and the relationship ended soon after her birth. But she neither married Marcus nor Stan Collymore. Based on reports, the TV presenter dated the manager of England’s football team, Sven-Goran Eriksson in April 2002. She stated that her relationship with him ended recently.

Then, she dated and married Lance Gerrard-Wright second time in her life. Again, she stayed with him for four years from 2003 to 2006. The couple even has a daughter born in 2004.

Is Ulrika Jonsson in a Relationship?

Ulrika Jonsson’s dating history goes like a storybook. In 2008, she married American advertising executive, Brian Monet for the third time in her life. She was maintaining a healthy relationship with Brian but again, due to some personal problems, the couple divorced in 2019. The couple has one son who was born in 2008.

In 2019, Ulrika attended the dating show ‘First Dates Hotel’ where she looked for her dating match. It was Paul, who became her dating pair in this show. In 2021, the cast crew of ‘E4’s Celebs Go Dating’ chose Ulrika as a cast member of the show. In January 2022, the show began airing and she became the cast member.

Thus, at present, Ulrika is staying single. Also, she has four kids and enjoying her life single with her four children.

How old is Ulrika Now?

Ulrika was born in 1967 and thus, she is currently 55 years old. She is going to celebrate her next birthday on 16-08-2022. She has four children, two sons, and two daughters. Her first son is Cameron who was born to her first husband, John Turnball. Then, with her ex-boyfriend, Markus Kempen, she delivered a daughter, Bo.

Ulrika stands at a height of 5 feet 7 inches and her bodyweight is 55kg. But her body measurements are not available. She has blue eyes color and blonde hair color.

During her initial days, she worked as a secretary and then later started working in the TV industry. In 1989, she started as a weather presenter on the TV-am on Good Morning Britain.

Then in 1998, she co-presented the music show, ‘Eurovision Song Contest’ in Birmingham. She worked along with Sir Terry Wogan in the first year. Then she co-hosted the Royal Variety Performance along with Ronan Keating. This show was at the Lyceum Theater in London.

Then, in 2007, she became a contestant on the show ‘Dancing on Ice.’ She entered the show ‘Celebrity Big Brother’ as a housemate in 2009. Again, in 2010, she was the housemate of the show ‘Ultimate Big Brother.’

Ulrika was part of many shows as a contestant such as

Additionally, Ulrika was the subject of the documentary ‘Ulrika Jonsson: The Truth About Men’ on Channel 4.

Where is Ulrika Now?

At present, she lives in South Moreton Oxfordshire. Ulrika married thrice in her lifetime and she has four children now. She is a great Manchester United Fan. At present, she works on the show ‘Celebs Go Dating’ as a contestant.

This is all about Ulrika Jonsson and the details of her career, personal life, and other important facts. Go through the article to get some useful facts about the TV presenter, Ulrika.

Also read: How to Get Started in a Film or Television Industry