Who was Dr Wu Lien Teh? 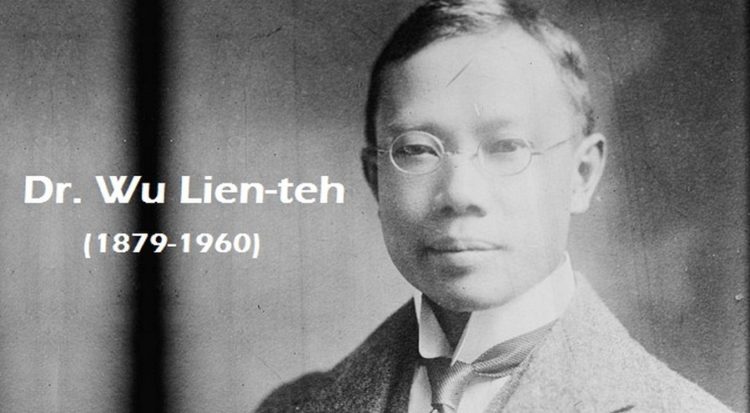 Google has commemorated many personalities around the world who did not get enough recognition for their work. One such personality who appeared in the new Google Doodle is Dr Wu Lien Teh. He is the person who helped people to understand the Manchurian plague. He also did not mess around when this disease plagued China in the 1900s.

Dr Wu Lien made a radical proposal that came as a shock to the people of his country yet that saved their life at last. His innovation is popularly followed worldwide today to battle infections. Many are grateful for the ingenuity and gumption of Dr Wu Lien. It has helped people to deal with health disasters like Covid-19. That is why on his 42nd birthday Google Doodle honoured his legacy as he invented the best face mask to prevent infection. Here you can find all the details of Dr Wu Lien Teh.

Details about Dr Wu Lien Teh

Dr Wu Lien Teh was born in Penang part of three towns of the Straits Settlements. Now it is one of the states of Malaysia. His father is a recent immigrant from Taishan, China and was a goldsmith. His mother was of Haka heritage and was a second-generation Peranakan. Wu grew up with four brothers and sisters. He did his education at Penang Free School.

In 1896 Wu was admitted to the Emmanuel College, Cambridge. After he won the Queen’s scholarship he seemed to have a successful career at university as he received all prizes and scholarships. Then in his undergraduate years, he spent some time in St Mary’s Hospital, London and studied at Liverpool School of Tropical Medicine.

In 1900 Wu returned to Straits Settlements and married Ruth Shu-chiung Huang. She is the daughter of Wong Nai Siong who was a Chinese educator and revolutionary leader. His family moved to China in 1907. But his wife and three children died. So Wu started a second family in Shanghai with Marie Lee Sukcheng and had four sons with her.

Then at the time of the Japanese invasion of Manchuria in 1931, he was detained by Japanese authorities as they thought that he was a Chinese spy. In 1937 Wu was forced to flee as Japan occupied much of China. He returned to the settlements in Ipoh. He lost all of his ancient Chinese medical books in a fire.

The history of the Manchurian plague

Dr Wu Lien Teh is known as the plague fighter because he assisted in the research during the Manchurian plague which many lost their lives. It happened in 1910 at the end of the Qing dynasty. At that time the whole of China was in total collapse. The plague was a pneumonic epidemic and the Russian and Japanese governments used that time to take over China.

It was a hard time but with the help of good-hearted and intelligent doctors like Wu China was able to escape the deathly toils of the disease. He investigated the disease and found that it was airborne. He started a great career in China as a doctor and championed various causes to stifle the disease.

The medical research and findings of Dr Wu Lien Teh

Dr. Wu Lien-Teh helped pioneer the use of masks to fight disease. But there are other lessons that public health agencies should take from his legacy. https://t.co/UQSKqURIo4

Wu along with his medical career was also a vocal commentator. Then in the winter of 1910, he was given the instructions from the Foreign Office of the Imperial Qing court to investigate an unknown disease that killed 99.9% of its victims. This was the start of the dangerous pneumonic plague epidemic of Manchuria and Mongolia that took the lives of 60,000 people.

Wu conducted a postmortem which was not accepted in China at that time on a Japanese woman who died due to the plague. He was able to know via autopsy that the plague was spreading by air. He also developed Wu masks the surgical masks that became more effective with layers of gauze and cotton to filter the air.

A well-known French doctor Gérald Mesny who came to replace Wu died after getting infected with the disease as he refused to wear masks. Hence this proved that masks were effective against the plague. After that, the Wu mask was widely distributed and he oversaw the distribution of over 60,000 masks in a later epidemic. Also, it was featured in the press images. It is now said that the N95 mask design was based on Wu’s design.

After that Wu also initiated the steps to quarantine the infected people and also arranged for buildings to get disinfected. Further, the old plague hospital was also burned down and replaced. But the method Wu was best remembered for is that he asked for imperial sanction to cremate plague victims as it is not possible to bury the dead as the ground was frozen. The bodies were only disposed of using soaking them in paraffin and burning them with pyres. The right cremation of the victims was the turning point of the whole pandemic as the plague started to decline after that. After months it was completely eradicated.

Dr Wu Lien Teh became a plague fighter and became popular for his findings. He went to a historic event that scientists from all over the world attended. This conference happened for three weeks and had demonstrations and experiments.

The death of Dr Wu Lien Teh

Wu practised medicine until he died at the age of eighty. He had a house in Penang for his retirement. Also, he completed a 667-page autobiography known as the Plague Fighter, the Autobiography of a Modern Chinese Physician. But on 21 January 1960, he died due to a stroke in his home in Penang. To honour Wu a road was named after him in the Ipoh Garden South. It is a middle-class residential area in Ipoh.

During the Covid 19 pandemic, the works of Dr. Wu Lien have been remembered particularly his contributions in the field of epidemiology. Many of his research and findings are more relevant today than it was before. In March 2021 Wu was honoured with a Google Doodle that depicted Wu assembling surgical masks and giving them to prevent the risk of transmission.

Dr Wu Lien Teh was a great medical professional. Because of his work during the Manchurian plague people are aware of the importance of wearing masks and quarantining the infected.

Also Read: How to Get a Doctor’s Excuse for Work: Everything You Need to Know