Who was Johnny Michael Allen? Why did Cyntoia Brown Long Shot Him? 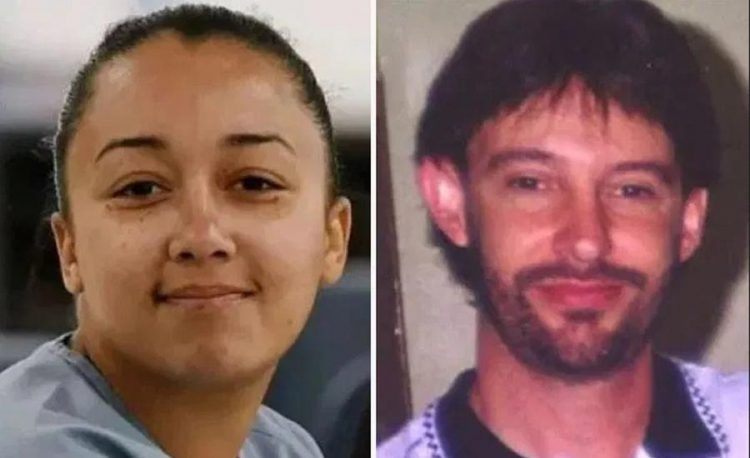 Johnny Michael Allen was a real estate agent who was shot by a girl named Cyntoia Brown Long. According to the details given by Brown at prosecution she shared that Johnny picked her from an area in Nashville and drove her to his home to have sex with her. Also, she was the victim of sex trafficking. Brown claimed that Allen told that her that he will give her $150 if she has sex with him. That is the reason she decided to shoot him. After many trials, it was found that Brown was guilty of murdering Allen. As she was in dire circumstances so she shot him to rob him of money.

You can find all the details of the life of Johnny Michael Allen.

The birth date of Johnny Michael Allen is September 28, 1960. His birthplace is Albemarle, Stanly County, North Carolina. According to his real estate colleagues, he was a hard-working employee. His death on August 7, 2004, shocked his family and friends.

Why did Johnny Michael Allen got kill?

On August 6, 2004, Cyntoia Brown Long a 16 years old girl spotted the 43 years old Johnny Michael Allen in the parking lot at Nashville, Tennessee. Allen was a real estate agent and he was also a youth pastor. According to the statement of the detective who handled the case, Allen asked Brown if she was hungry and whether she was up for any action. Then the detective asserted that Brown answered yes to both of the questions of Allen and went to his home with him.

They both ate their dinner at a place and Johnny Michael Allen drove Brown to his home. Then according to the statements of Brown at the trails she claimed that Allen asked her to have sex with him for the money of $150. But she said that they did not engage in sexual act.

The family of Allen and his friends denied that he would ask Brown to have sex. They said that he was trying to help her. Then the lead prosecutor Jeff Burks stated that Johnny Michael Allen picked up Brown to have sex and pay her. He told that this was the case from the start to the finish. After that in the court documents, many girls working at a restaurant claimed that they always felt uncomfortable whenever they had to serve Allen. One testified at the court that he used to hit on the waitresses frequently.

Further according to Brown she shot Allen in the head with the gun she possessed. She used the 40-calibre handgun. Then she took $172 from his wallet and his two firearms. Then she fled the scene using Allen’s truck. After that, the police traced her to a nearby InTown Suites.

Why did Cyntoia Brown Long go to jail?

When the court investigated more on the case they found out that Cyntoia Brown Long committed the murder, not because of self-defence but to rob Johnny Michael Allen. So she got arrested on the grounds such as homicide, aggravated robbery, handgun possession and more. It was argued that she was a risk to the community so they tried her as an adult eventhough she was 16 years at that time. Later Allen’s name got cleared from the case and based on several pieces of evidence Brown was found guilty of first-degree murder.  She was sixteen when she went to prison.

Many celebrities such as Rihanna, Kim Kardashian, T.I and more felt outraged at the sentences of Cyntoia Brown Long. The case became viral on social media. Many supported Allen and some others supported Brown. Then after the clemency, Brown got released from prison on August 7, 2019. This decision got taken after careful consideration. The family and friends of Allen said that it was unfair to offer this much support for a murderer.

Brown wrote a memoir after spending fifteen years of her life in prison. While in prison she married musician and entrepreneur Jaime Long. He is the CEO of JFAM Music, Inc. Now Brown is known as Cyntoia Brown Long. Her journey is an interest to big media giants. There was a documentary that released titled Murder to Mercy: The Cyntoia Brown Story on Netflix. Currently, she is working as an author, motivational speaker and is managing lots of non-profit organisations.

The case of Johnny Michael Allen is a roller coaster ride. Till now the case has divided opinions.