Who wrote the bible: The accurate truth about its author and writers 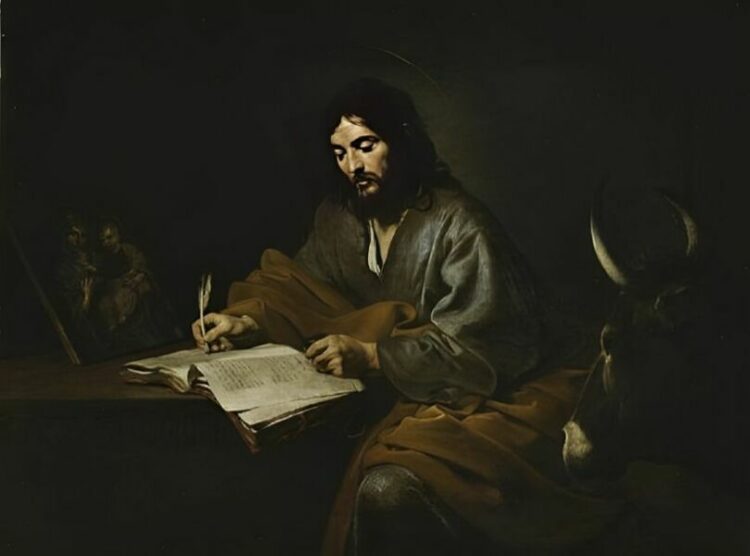 Who wrote the bible is an intriguing question for many. The Bible also known as the Holy Scriptures is the inspired word of god. The author of the Bible is god himself and he inspired humans to write it. Even people who have a bible and have been reading it for decades are unaware of its origin. No book in the world surpasses the Holy Scriptures.

The words and wisdom in this book suggest that god himself is the author of it. Even if people are not sure about who wrote it the contents of bible says the answer. There are many scriptures in the bible that say how god spoke to his disciples through vision. The records show how god guides humans to write his thoughts. Now let us see accurate facts about who wrote the bible.

The origin and writing time of Holy Scriptures

To know about the author you need to know the period of the book. Humans start to write Holy Scriptures in 1513 BCE. The completion of the book was in 98 CE. It took over 1600 years to complete this book. In ancient days there are no discoveries of paper. Today, people all over the world read the bible in their language and that is in the form of a book.

In ancient days writers used papyrus, parchments and materials of that time to record these words. However, the original copy of the book is not available. Over the years many scribes copied the contents of the word accurately. Due to their expert copies, the contents of sacred scriptures are available to this day.

The Holy Scriptures which is a collection of 66 books

It took over 1600 years to finish writing the entire Bible. It has 66 collections of sacred books that contain divine message. The word Bible comes from the Greek term Bibilia which means little books in English. The entire book has a small collection of books that make the Bible. There are scriptures in the bible that suggest that it is the word of god. Bible describes its author as the father in heaven and the supreme god above all.

The Bible’s author and writers

It is clear that God is the author of the Bible but he used 40 different men to write. In the appendix of each Bible, there are details about humans who wrote the bible through the inspiration of god. The first five books of the Bible are written by Moses. He is a faithful servant of god who god chose to record crucial information. You can see that the first chapter of Genesis in the bible says about how god created the earth. Plus, there are details about how he created the first man Adam and the first woman eve.

Moses was not born when all these things happened on earth. Neither did anyone human witness how god created everything. Still, Moses was able to record these incidents not by his Knowledge but with god’s power. All the other writers in Bible also wrote what god wanted them to write. Let us see how God inspired men to write Bible.

Bible is a message from god

There are several writers of the Bible such as Mathew, Mark, Luke, Moses, John and more. 40 men wrote 66 fractions of this book. Also, not all the writers of the book are of the same background. Some of the writers were kings, shepherds, tax collectors, doctors and people who have indifferent backgrounds. However, the Bible’s message does not contradict writers from different backgrounds. It is another fact that speaks about the authenticity of the book. The author of the Bible is indeed the god.

The two parts of the Bible

The author of the book has recorded his laws, prophecy and his message to humans. Further, there are songs, letters and proverbs in the book. Bible is not only a book for Christians but the entire humankind. There is help in the book to know about life’s important questions. Some scriptures tell about dealing with stress, which has details to enjoy happy family life. Further, it has wise advice on how to be at work or helps teenagers and more.

The lessons that the author of the Bible has included

Only god has the authority to decide what he wants to include in the Bible. People believe that Bible has lost books but there is no such thing. Bible is a complete book inspired by god. The harmony of the words acts as proof that its author is god.

Further, Bible tells about future events that are prophecies. Humans do not have the power to predict the future accurately. However, Bible prophecies show how authentic it is as it is a word purely written from God’s inspiration.