Why are Motorcycles More Common in Europe Than The United States? 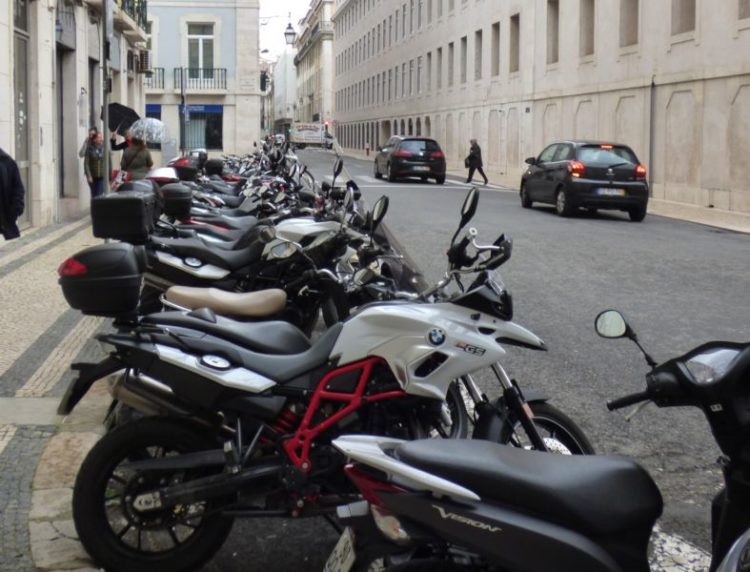 It’s no secret that motorcycles rule the streets in many European city hubs. While culture may have something to do with it, other reasons such as street design, cost to operate, gasoline usage and insurance expenses are more to the point. It is important to look at various aspects of motorcycle usage such as the infrastructure cost and the effect they have on the environment.

While for now we will look at the use of motorcycles in the past, they also have wide implications in the future.

As opposed to other forms of transportation, motorcycles have a much lower effect on the infrastructure. Simply put, this means the roads are not damaged by motorcycles as they are with other motor vehicles. The infrastructure also includes fuel, tolls, and taxes. Currently, tolls are lower for motorcycles across the EU or non-existent.

Road infrastructure is relatively easy to quantify, and the cost differential between cars and motorcycles is steep. For instance, the infrastructure cost of automobiles is 98 billion euros compared with three billion euros for motorcycles. This comparison points to the smaller size and weight of the motorcycle, which reduces the need for new roads and even parking places as well as for road repairs.

The societal costs for 2019 were in the neighborhood of 1 trillion euros. The EU Commission reported that external societal costs are higher for motorcycles in 2019. The motorcycle has two times the societal cost of an auto and 10 times that of a train when configuring the number of passengers per kilometer.

Taken together, the cost to society, including air pollution, climate change, accident expenses and traffic congestion differs between motorcycles and automobiles.

Environmental Costs in the EU

Motorcycles do not do as well when you consider noise pollution. This category includes the consequences of noise pollution such as heart disease, high blood pressure and concomitant strokes and dementia. Motorcycles, except for the newer electric models, are, if anything, noisy.

Even though more than 50 percent of all motorcycle accidents are not due to motorcyclist error, the at-fault party does not pay the monetary price of care. In the EU, this reverts to society.

One of the most helpful features of riding a motorcycle is it does not cause congestion on the road, which is linked to accidents and fatalities. The EU Commission’s report analyzed the cost of congestion and deliberately left out motorcycles as one of the contributors. When looking at delay costs, automobiles were responsible for 206.2 billion euros. This is a terrible price to pay for slowed traffic.

Using Filtering to Get Through Heavy Traffic Areas

Motorcycles are able to ride between lanes much as riders in California do. In the U.S., it is called lane splitting. For every motorcycle on the road, a car is essentially removed from the traffic column. Filtering is a way to quicken the traffic flow. Many have questioned giving motorcyclists monetary credit for doing this.

The cost of motorcycle fuel use is much higher in the United States. The accidents are more often fatal, and treatment expenses are much higher.

The Popularity of Motorcycles in Europe

Clearly, motorcycles are quite popular in the European Union now and less popular in the United States. There are several reasons, including the toll of hotter summers and colder winters. No one wants to bake in the warmer months and freeze in the colder ones. Safety is another big reason. Most people in the states feel they are safer in an auto or SUV, especially since more safety features have been added. The general trend is believing that motorcyclists are at a higher risk for injuries and fatalities.

Many potential motorcyclists balk at the prerequisites for being able to ride. First, they must take courses in many states and take a motorcycle written exam as well as perform well on a riding test. In addition, it is mandatory in most areas to use a costly motorcycle helmet and other riding gear. This may seem uncomfortable and against the sense of freedom they wanted to find on a motorcycle.

Riding a motorcycle may seem counterproductive to many people since it is only able to carry two people. People often look for transportation for the whole family.

What European Countries have the Most Motorcycles?

Two countries top the list. They are Italy and Germany. Perhaps, this has something to do with their position as motorcycle manufacturers. Most riders in the EU hold German and Italian motorcycles in high regard.

Finally, the topography of the continent has a lot to do with choosing this mode of transportation. Winding narrow roads and cramped urban streets are common. What could be better than weaving a motorcycle on this terrain?

Also read: A Common Piece of Advice in Life is: “Be Careful, Drive Safely

What Year is it: The Answer from The Calendars of The World

Ways You Can Get More Enjoyment Out of Your Own Company