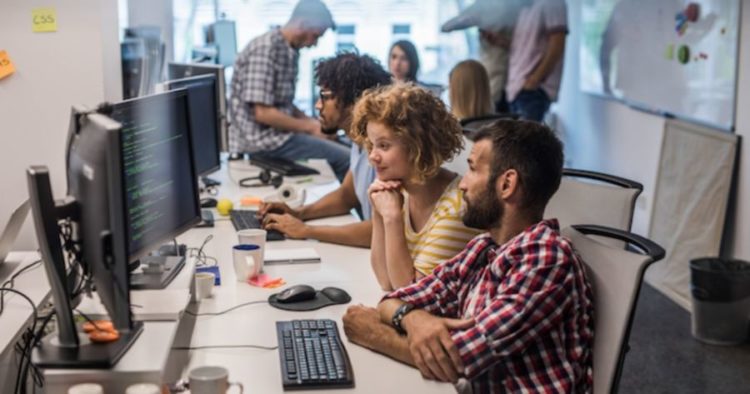 Back in the old days, when you heard the term bootcamp you probably thought of a bunch of people in military fatigues climbing walls or shooting at targets. Although the term still applies to military recruit training, these days the term has taken on an entirely new meaning. Bootcamps today can encompass everything from cooking to weight loss and fitness to computer science. And they seem to be expanding to cover more disciplines as time goes on.

What is a Bootcamp?

A bootcamp is a program that allows individuals to learn about a particular discipline in a relatively short period of time. Bootcamps are typically in two different formats, namely in-person and online, and they can be in a variety of different settings. And although these bootcamps can be free, there is usually a cost to attend.

One reason that bootcamps have become so popular is that they cost a lot less than going to a four-year college or university. Again, although there are free bootcamps, you’ll typically have to pay to attend one. The amount you’ll pay will depend on the type of bootcamp you’re attending and its duration.

For example, a culinary bootcamp may cost you between $500 to $2,000, while a data science program can range from $5,000 to $20,000. Of course, those amounts can be more or less depending on who’s offering it and what’s being offered. A typical four-year college degree can cost you well over $50,000.

A Bootcamp is Quicker Than Attending College

If you’re looking for a maximum amount of learning in the shortest time possible, then a bootcamp may be for you. While a college degree can take four years or longer to complete, a bootcamp can run from a few weeks to several months. This is possible due to the intensive nature where learning is more specialized than in a college.

Bootcamps also get people into the workforce quicker than if they had gone to a four-year university or even community college for that matter. After a bootcamp and three years of practical work experience, the person who attends will be far ahead of the individual who went to college, professionally speaking.

A Bootcamp May Have a Lower Barrier Than College

It can also be easier to gain entrance to a bootcamp than to a four-year college. Although some bootcamps require that applicants take a skills assessment or prep program, others only require a high school degree, allowing admittance with little to no experience.

The lower barrier doesn’t necessarily mean that bootcamps are inferior to colleges. It’s been said that whereas colleges look at a person’s GPA or SAT scores, a bootcamp will look at a person’s drive, passion, and determination. It’s no secret that those who are the most passionate about what they do tend to have the most success in business and in life.

A Bootcamp is More Democratic Than College

Although colleges are typically considered the domain of people in their late teens and early twenties, you’re likely to find greater age diversity in a bootcamp, although this may depend on the type of bootcamp you’re interested in.

In addition, after a long day at bootcamp, you’re allowed to go back to the comfort of your own home, or you could already be at home if the bootcamp you’re attending is online. Bootcamps allow for flexibility in certain areas that you might not be able to have at a four-year college.

These days, more people are choosing to attend bootcamps to learn skills that they need for employment and for their personal enjoyment. Bootcamps have become an option for many because they are less expensive than college, can be completed in a shorter period of time, and can have a lower barrier than colleges, among other reasons. Considering the benefits of bootcamps, it’s easy to see why many people are choosing them.