Why Did Club Libby Lu Shut Down? 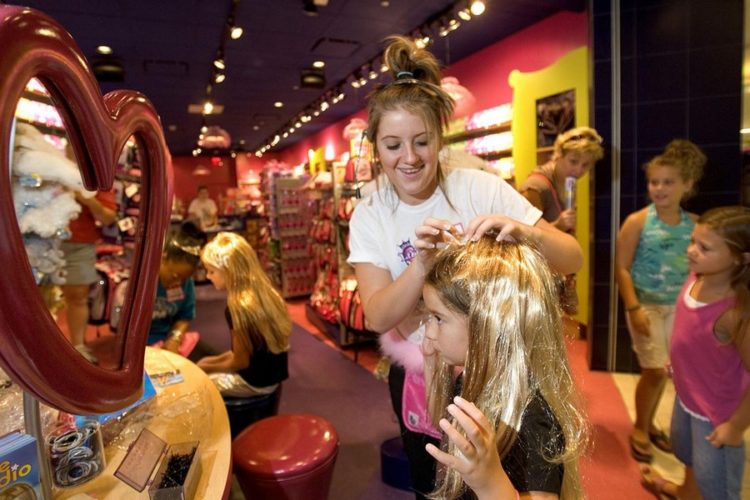 If you are a child born anywhere between 2000 and 2009 then you would have joined a party at Club Libby Lu. It is a chain of sparkly and pink-and-purple wonderlands where cute girls can spend time. They are called princesses. Girls can join the show to nurture their inner divas by having makeovers, hairdos, and more. For just $25 to $60 the level of the makeover will happen. The club counselors will paint your nails, do your hair, and apply body glitter, and more.

After the makeover is done one could strut on a flashy runway and pose. This made the girl feel like a star. But the Club Libby Lu shut down. Here find out all the details why Libby Lu Shut Down.

What is Club Libby Lu?

Club Libby Lu is a well-known experience-based retailer. It catered to the preferences of girls from 4 to 12. It was started by Mary Drolet who was a former executive of Claire’s and Montgomery Ward. The stores were named after Drolet’s imaginary friend in childhood. Club Libby Lu VIPs known as very important princesses received the guidance of Club Counselors over to various sites such as potion bars.

The VIPs can make their lotion, perfume, fairy dust, or lip gloss. Then guests can also own stuffed animals of their choice. At the end of the experience, VIPs can join the free club. The club also offered them a friendship bracelet.

What is the history of Club Libby Lu?

What was the Libby Lu controversy?

Club Libby Lu became the subject of controversy in 2007 when a woman named Priscilla Ceballos of Garland, Texas made her six-year-old daughter Alexis Menjivar write a fake essay. She wrote about her father Jonathon Menjivar for the contest arranged by the company. The winner was supposed to win the grand prize of four tickets to a Hannah Montana concert.

In the essay, Pricilla wrote that her husband Jonathon died in Iraq via a roadside bomb. When Alexis was getting a makeover to attend the concert at Club Libby Lu, a reporter named Byron Harris of ABC affiliate WFAA in Dallas went to the store. He wanted to investigate whether a man named Jonathon Menjivar existed. As part of the investigations, he found that a man with such a name never served in the military or died in Iraq.

When the story resurfaced and received international attention Alexis was disqualified. Then Club Lilly Lu awarded the tickets to another winner.

Why did Club Libby Lu Shut Down?

Club Libby Lu was at its peak and active in ninety-nine locations in the US. It was started in 2000 by Mary Drolet who is a former Claire’s executive. Then the chain was bought by Saks Inc. for $12 million in 2003. Further in 2008 Saks announced that they will be closing all 98 Libby Lu store locations. The chain was struggling to stay profitable for many years. The economic recession in 2008 forced the executives to finally shut it down. Because of those 1,700 employees lost their jobs.

Evan Collins the co-founder of Consumer Aesthetics Research Institute shared that Libby Lu happened because of the experimental retail boom of 90s and early 20s. The time before the economic crash people had money to burn. But over time many parents thought that Club Libby Lu was shallow and encouraged materialistic tendencies. They thought that it focused only on appearances. So it was harmful to young girls. But the girls who frequented Club Libby Lu now grown-up women have only good memories of it.

They think that the experience was like a daytime slumber party. For them, it was like stepping into a dollhouse. In the house, everything was pink and purple the favorite colors of girls. It was a wild and incredible concept and they loved it.

Club Lilly Lu shut down due to the dismal state of the economy. Then it never opened again. When the kids born in the nineties and early twenties think about Libby Lu store, they get nostalgic. They only remember the happy memories.

You may also read: 9 Clothing Apps for Second-Hand Shopping and Reselling Your Wardrobe