Why Did Erika Jayne and Tom Girardi Divorce? 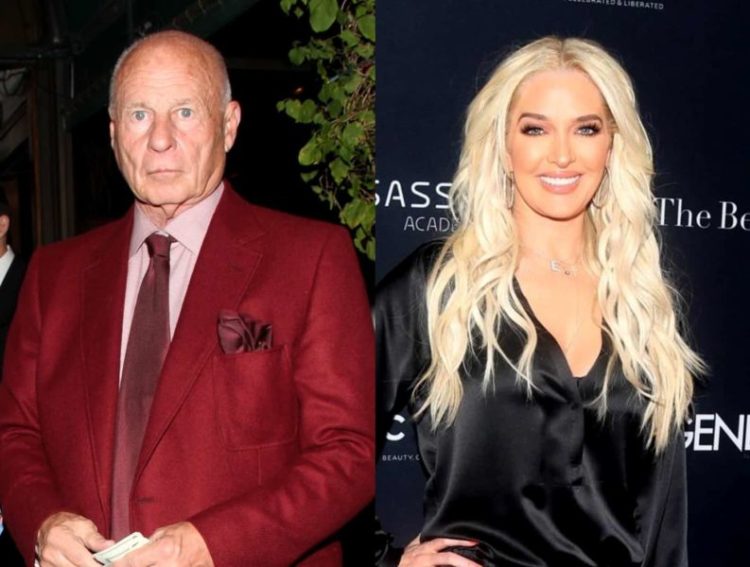 The Real Housewives of Beverly Star Erika Jayne filed for divorce from her husband alleging infidelity. She and her husband Tom Girardi were married for twenty-one years. In November 2020 Erika Jayne shocked her fans when she filed for divorce. After that, the news of infidelity and embezzlement started to surround. It is the most- talked about topic in social media.

Erika Jayne is a well-known American singer, actress, and television personality. Her age is fifty years old. Her popular television appearance is The Real Housewives of Beverly Hills. Here you can find all the details of Erika Jayne and Tom Girardi.

How did Erika Jayne and Tom Girardi meet?

Tom first met Erika while she was working as a waitress in Chasen’s restaurant in Los Angeles. He was a regular. Then after a yearlong friendship, Girardi asked her out.  They wedded in 1999 at the establishment.

Jayne shared about her relationship with Girardi. She said “What was important to me was my relationship. Tom wasn’t going to change. He was a grown man. It really was two people coming together who enjoy each other’s company.” She added, “Tom is so bright. He understands the trick to life. I love getting his advice.”

The couple had an age gap of thirty-three years. From the start of the relationship, it was a topic discussed by the audience. She shared in an interview that many people thought that she married him to have a baby and lock the money. This type of talk sounded ugly to her.

Why did they separate?

On November 3, 2020, after their marriage of twenty-two years, Erika Jayne filed for divorce. Tom her husband is eighty one years old. She shared “After much consideration, I have decided to end my marriage to Tom Girardi. This is not a step taken lightly or easily. I have great love and respect for Tom and for our years and the lives we built together”.

She asked her followers to respect their privacy. It seems Erika requested spousal support after the divorce. Then she asked the court to terminate the court’s ability to offer spousal support to her ex. They do not have a prenuptial arrangement.

Then Tom responded to the court by asking the court to terminate Erika’s request for spousal support. Also, he requested her to pay the attorney fees and costs.

One month after the shocking split there was an announcement that the couple is sued for allegedly using their divorce to embezzle money. It was filed in the Illinois federal court on December 3. They were sued by the firm Edelson PC on the stead of families who lost their loved ones in a Boeing plane crash.

In the court documents the plaintiffs accused that Tom and Erika embezzled the funds that were meant to help families of the victims of Lion Air Flight 610.

Tom Girardi had tried to get the proceeds of settlements that should have been given to his clients. It was the money of the widows, children, orphans, and others who have lost their loved ones in the tragic accident. He wanted the money to continue funding his and Erika’s prosperous Beverly Hills lifestyle.

Further his law firm Girardi & Keese (GK) is named in the suit. It seems the law firm is on the verge of collapse. It is locked in the spiral of debts and decreasing funds. According to the suit, this is not the first attempt of Tom to hide his actions. There is also a doubt that their divorce is a tactic to secure their finances.

Erika’s public statement about her divorce could be a sham to fraudulently protect Tom’s and Erika’s money from the people who seek to collect debts. Both Erika and Tom are silent on the issue. Girardi was held in civil contempt after he took part in a Chicago court hearing via telephone. He was unable to explain to the court where $2 million vanished from the crash settlement money.

Tom Girardi and his law firm Girardi & Keese (GK) are held in civil contempt. Their assets are frozen by the judge. According to the lawyer he was unavailable because of a serious illness and hospitalization. One lawyer claimed that he is suffering from mental incompetence. On December 15 Tom was hit with another lawsuit from his partner Robert Keese. Keese and his fellow business partners Robert Finnerty and Jill O’Callahan decided to sue Tom to dissolve their venture called 1126 Wilshire Partnership.

The plaintiffs alleged that Tom never paid $315,000 in income and kept the money. They claimed that he took loans against property without their knowledge for his gain.

How did the marriage crumble?

A source claimed that Erika is divorcing Tom due to his infidelities. It seems he was cheating on her with multiple women. She knew about his actions for many years but wanted to save the marriage. While she was performing at the Broadway, Girardi did not come to support her. He frolicked around the town having fun with women.  Then only she realized that she will never be a priority to him. It was her breaking point that made her end the marriage. The split took a long time to come but finally, it happened. It seems the lawsuit just coincided with their divorce.

What is Tom Girardi’s net worth?

Tom Girardi has claimed that his networth is valued at $264 million. On the other hand, the networth of Erika Jayne is $5 million. Girardi owns planes and $9 million worth of jewelry. But despite his money, he has sought questionable loans worth $10 million. His business is worsening day by day. Also, he is paying many lawyers to handle the lawsuits against him.

Further, he and his wife have an estate in Pasadena worth $13 million. But they listed their home for sale. It will be used for the couple’s debts. It seems Erika has moved out of the house to a rental property.

The divorce between Erika Jayne Tom Girardi has led to the scandal. Their life is not going great. But everything will settle down for Erika because she is a strong woman.

You may also read: Tom Joyner Bio, Family, Marriage, Net Worth and Facts