Why is Russia Attacking Ukraine? Reason and Effect of This War? 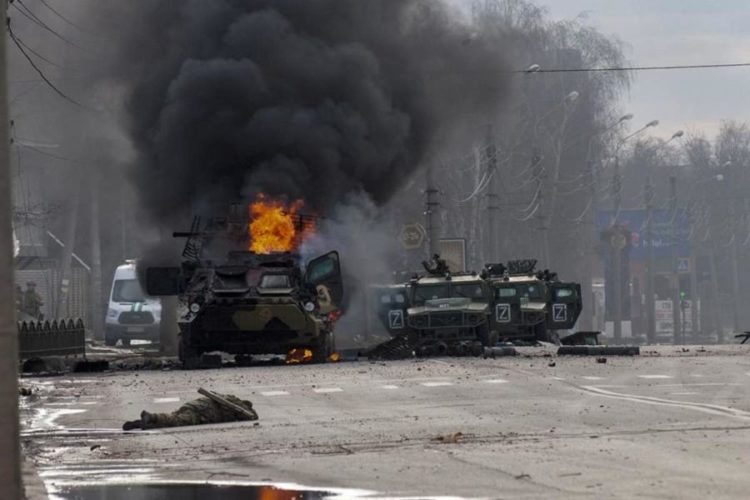 Recently Europe is facing its greatest security risk. After Russia launched a full-scale invasion on Ukraine this Thursday, it has become a tragic week. When Russia marched into the borderlines of Ukraine nobody thought that this could become this serious. The invading country set missiles in the main cities of Ukraine. The life of the people living in Ukraine is at risk. This conflict is threatening to affect the regional political and military alliances. It sparked fear among people all over the world. Will it lead to World War 3? This question is in the minds of many people. Here you can find all the information regarding the war between Russia and Ukraine.

What is taking place in Ukraine?

Russia attacked Ukraine on Thursday with airstrikes and shelling. They sent the civilians of major cities seeking shelter from the missiles. Many of them sought shelter in the subway stations. The President of Russia Vladimir Putin said that they do not want the other nations to interrupt the invasion. Ukraine’s government shared that the Russian troops crossed the border from the east, north and south. They wanted a full-scale war.

The Ukrainian authorities described that there were also ground invasions in many regions. The border guards of Ukraine released an image that was shared in the news channels of many countries. In the video, the Russian military was entering the country to start the invasion. Because of that Ukraine’s airspace became an active conflict zone.

Putin continued the invasion despite earning the condemnation of US President Joe Biden and others. The world leaders declared that this unprovoked and unjustifiable war can lead to “consequences you have never seen”.

Further, the Russian forces took over the Chernobyl nuclear power plant in Ukraine. It triggered fears of contamination again similar to the tragic incident of 1986. The Ukrainian forces tried to defend the strategic airport outside of Kyiv the capital of Ukraine.

The satellite images show a dark plume of smoke rising from the capital. The northern city of Kharkiv was reportedly hit by a missile. Some videos also show the war jets in the sky flying through the city. The residents of the city could hear the explosions. The Ukrainian President Volodymyr Zelensky cut ties with Moscow and declared martial law. He tweeted “As of today, our countries are on different sides of world history,” “Russia has embarked on a path of evil, but Ukraine is defending itself and won’t give up its freedom”.

How did US and other countries respond to the war?

Biden said that Putin is the aggressor. He said, “Putin chose this war, and now he and his country will bear the consequences”. According to the latest sanctions of the US, the country and its allies are going to block the assets of four large Russian banks. They are also going to impose export controls and sanction oligarchs. Biden revealed that his country is going to deploy added forces to Germany to support North Atlantic Treaty Organization. These sanctions are made to target the financial system of Russia. Some of its businesses are dependent on the US such as U.S. semiconductors and other high-tech supplies.

Biden spoke from the White House after conducting a virtual meeting with the leaders of Britain, Canada, France, Italy, and Japan. Some of the others in attendance were European Commission President Ursula von der Leyen, European Council President Charles Michel and NATO Secretary-General Jens Stoltenberg. The president also discussed the issue with his national security team. It is noted that after these decisions the Russian stock market and the value of the Ruble decreased. It is hobbling the Russian economy. But Biden said that he has no plans to talk with Putin.

President Putin shared in a televised interview on Monday that “Ukraine is not just a neighbouring country for us. It is an inalienable part of our history, culture and spiritual space”. Here is a little background of Ukraine to understand why the war is taking place. Ukraine is the former Soviet Union Republic that is located at the perch of Europe. It became an independent nation after the collapse of the communist Government in 1991. It is a large and fertile nation with mineral-rich grounds. Hence strategically it is important for Russia. The Russian gas pipeline crosses Ukraine to Europe and is a good source of profit for Moscow.

Putin shared in the televised interview that the act of Ukraine joining NATO is a hostile act. He referred to Russia and Ukraine as one people. But he suggested that because of the false communist construct from the west, the country loosed its former identity. Now he says that most of Ukraine has adopted a false identity. Most of the Russian-speaking population of Ukraine sympathise with and support the views of Putin. But Ukraine speaking populating living in the west is historically part of Europe. They do not support the views. This resulted in the Russian invasion of Ukraine. It is not the first time Putin had tried to use his country’s military force to push back NATO expansion. He wants to protect the Russian interests in the region without any calamity.

In 2008 Russia invaded Georgia and accused the country’s forces of attacking the pro-Russia breakaway enclaves like South Ossetia. Then France negotiated a ceasefire that ended the battle. But Georgia was not able to regain the disputed territory. In 2014 mass protests in Kyiv forced the then Russian friendly president after he refused to sign the association agreement with the European Union. For this action, Putin responded by annexing the Crimean peninsula in southern Ukraine. Then a separatist rebellion in Ukraine’s east was formed that seized the control of the Donbas region.

After the ceasefire agreement, the battle is still going on. Because of that, over 14,000 people died and 1.5 million were displaced.

Now the recent invasion of Ukraine came days after Putin decided to officially recognize the self-declared Donetsk and Luhansk in eastern Ukraine’s Donbas region. Then he deployed Russian troops to areas that are not under the control of pro-Russia separatists.

The Russian invasion of Ukraine can lead to disastrous results. That is why world leaders and organisations all over the world are trying to end it.