5 Reasons Why Neopixel Lightsaber is Better Than RGB Lightsaber 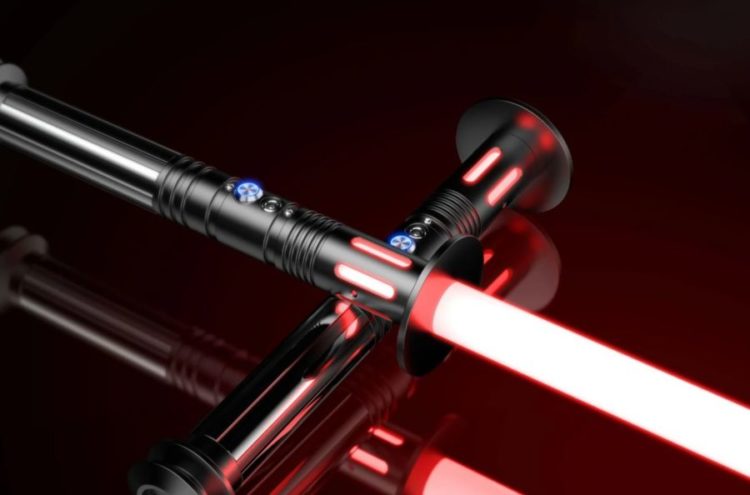 The Star Wars world is enormous and constantly expanding into cosmic space. There are countless planets in the Star Wars universe, just as there are various fanciful captivating lightsabers that every single Sith and Jedi use to fight each other. The legendary dark red lightsaber held by the great Darth Vader or the iconic intense green lightsaber commanded by Luke Skywalker provide numerous alternatives for selecting the correct lightsaber.

Lightsabers offer numerous uses for the customer, including display, cosplaying, and dueling. Both neopixel lightsaber and RGB lightsabers are suitable for use in combat, cosplay, or simply for decoration.

The Neopixel lightsaber has recently garnered popularity in the Star Wars league and the lightsaber business. The neopixel lightsaber blades are quite technological and are made with the most luxuriously designed hilt. They are unique from standard RGB lightsabers because of the variety of realistic effects.

Following are some of the reasons why a neopixel lightsaber is superior to an RGB lightsaber.

If you wish to utilize your lightsaber for battle, you’ll need a strong blade that can endure the collisions of a heated lightsaber duel. You could also desire lightsabers for cosplaying, when appearance is more important than toughness and durability. If you’re aiming for cosplay, it doesn’t matter if your sword can survive harsh attacks from your opponent.

However, the lightsaber should be brightly illuminated to give it a genuine appearance, as shown in the movies. Its design should be visually pleasing in order to guarantee that you are using the lightsaber appropriately in order to give homage to Star Wars. All these features are remarkably present in neopixel lightsabers, thus making it an iconic lightsaber in comparison to RGB lightsabers.

One of Neopixel’s trademarks is its high level of brightness. The Neopixel lightsaber flashes brightly, just like the lightsabers in the Star Wars movies. Neopixel blades feature hundreds of miniature LED lights inside them. As a result, making neopixel blades much brighter than RGB lightsabers.

A Neopixel blade is one that has a blade within the LEDs and is outfitted with flexible LED strips. The blade may hold up to 256 LEDs, depending on its length. This is why the brilliance of this blade appears “fuller.” On the other hand, RGB blades don’t have any LED lights built into them; instead, they obtain their light from the LED source inserted into the lightsaber. It emits light directly from the hilt, which fades a little as it travels to the blade.

A perfect soundboard, a brilliant pixel light source, and a strong quality polycarbonate blade in the form and size of your choice; makes a neopixel lightsaber an ideal choice.

If you wish to have a lightsaber that shines brilliantly and elegantly as the ones shown in the Star Wars movies, then a neopixel lightsaber is the definite victor.

If you are seeking for a lightsaber that offers an infinite range of color shifting options, captivating realistic effects and animations-then neopixel lightsaber is the one that offers all these enchanting features which normal RGB lightsaber just cannot.

Neopixel lightsabers are made with an exclusive polycarbonate neopixel blade and the most stylishly constructed hilt. They are created with uttermost perfect nicety allowing you to completely personalize your neopixel by selecting the form, hilt color, and color of the light emitted in the blade.

Neopixel light sabers would be the ideal choice for you if you’re seeking for a lightsaber blade to use as part of a cosplay costume or simply as a prop.

A neopixel lightsaber with a hefty grade or stocky built blade might be utilized for medium to light lightsaber fighting. On the other hand, RGB blades are strong and sturdy, able to withstand clashes in intense combat. However, in terms of looks, they trail the neopixel lightsaber.

Neopixel lightsabers are superior to RGB lightsabers if you want a lightsaber with exceptional technical excellence, the ability to be customized entirely, and the greatest choice for cosplay.

The benefit of neopixel designs is that each LED may be individually adjusted for varied effects. Compared to typical RGB lightsabers, this provides you a lot more options. You may create a lightsaber that is totally customized to look like your favorite character. It is the best saber collection choice. Compared to neopixel lightsabers, this provides you with fewer options. There is less clarity of sound and light. The blades are not as fanciful and cool as that of a neopixel lightsaber.

The nicest aspect about having a neopixel lightsaber is that it can provide you with adjustable colors, elegant light effects, thus allowing you to pretend to replace your crystal every now and again.

The Neopixel Lightsaber has numerous intriguing characteristics, including programmability. Because the blade has LEDs that may be programmed to perform various functions. One of the services provided by Neopixel is localized Flash on clash. During the fight, instead of the entire blade flashing, one small pixel up here did, and this is something that Neopixel Lightsaber provides. Another intriguing thing you can do with Neopixel blade color differentiation is to have it move from blue to red with purples and pinks in the center.

There’s another isolated blast. So Neopixel allows you to accomplish things like that. It also has several animations, such as a rainbow cycling effect. This is one of the things a Neopixel Lightsaber may be used for. This rainbow has a strobe and a flame effect. The flame effect is now something that many people adore.

The Neopixel blade style choices are incredible in terms of diversity and breadth, and each blade requires its own Neopixel blade. The main objective of such neopixel sabers is to put it in a collection that you can store securely and display. They are an ideal choice for the saber collection.

If you are simply a saber aficionado looking to add an enchanting lightsaber to your collection, neopixel dueling lightsabers are the ideal solution.

11 Tricks To Reduce Your Grocery Expenses

Get These 5 Analog Watches for Girls To Complement Your Confidence