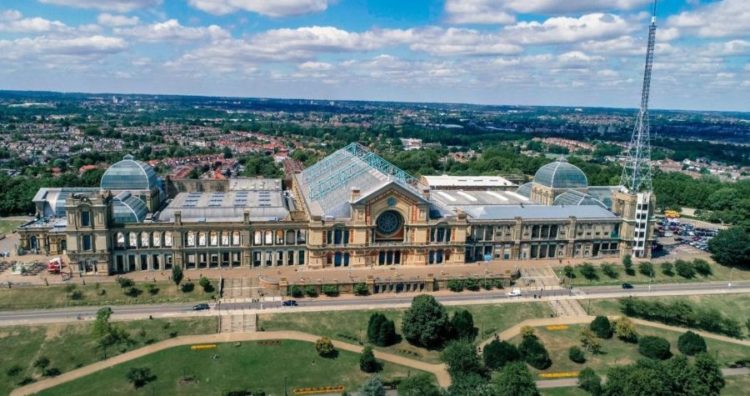 As we enter the latter months of 2021, it’s fair to say things begin to get a little bit hectic — to say the least. The high streets and shopping centres are rammed with people eager to get presents for their loved ones, while the bars, restaurants and Christmas markets are packed with people full of Christmas cheer (and beer).

That’s not all though, the festive period is always a very busy time of the year in the sporting calendar. Big football fixtures take place throughout Christmas and New Year, while top horse racing meetings, like the King George VI on Boxing Day at Kempton Park, are also a tradition for many.

However, there are few sporting events out there with a party-like atmosphere and real buzz around it like the World Darts Championship. Held annually from mid-December to early January, thousands of boisterous fans cram into the iconic Alexandra Palace in North London dressed up as crayons, the Super Mario Brothers and many more for a sing-song, a beer and most importantly, some top-class darts action.

Last year’s World Darts Championship was one like never before. The coronavirus pandemic meant that crowds were set to be restricted to just 1,000 people per session. But with the government bringing new guidelines and restrictions, fans were able to attend for one night only with 500 spectators in attendance for the first-round matches.

Stuck watching on from our own homes as Gerwyn Price, this year’s favourite in the darts betting market, beat Gary Anderson 7-3 in the final, it just wasn’t the World Darts Championship that we have grown to love since its inauguration in 1994. The chants of ‘oi, oi, oi’ and the boisterous celebrations that follow a 180 were replaced by an eerily silent ‘Ally Pally’, with little else to hear other than the voice of the commentator and the darts slamming into the bristle of the board.

When Peter Wright came out for his opening match dressed in a full Grinch outfit, making him the only person actually dressed up at Alexandra Palace for once, it summed up how we all felt.

However, with restrictions hopefully a thing of the past for this festive period, anticipation for this year’s World Darts Championship is rife. The North London venue will open its door back up to tens of thousands of avid darts fans for the duration of the two-and-a-half-week tournament.

It will be a World Darts Championships to savour as the best aspects of the competition return. Number one being a packed-out Ally Pally — and with that everything else will come together nicely. Having a full-capacity crowd inside the Grade II listed building will bring back that atmosphere we know and love, which in turn helps pump up the professional — all-in-all making for better viewing.

Having missed out on so much last year, the noise levels inside Alexandra Palace will be second to none this year. The darts players will be cheered to the oche like never before during their entrances and 180s will be celebrated like the crowd’s favourite team have just won the Champions League final — the roof might just blow off for a nine-dart finish!

The World Darts Championship is a tournament that thrives off the crowd, last year’s renewal was all the proof we need of that. With fans set to make their way back up the dormant Muswell Hill and through the doors of Ally Pally again this year, the competition will be back to its brilliant best!

You may also read: How to Get Closer to The NFL This Season