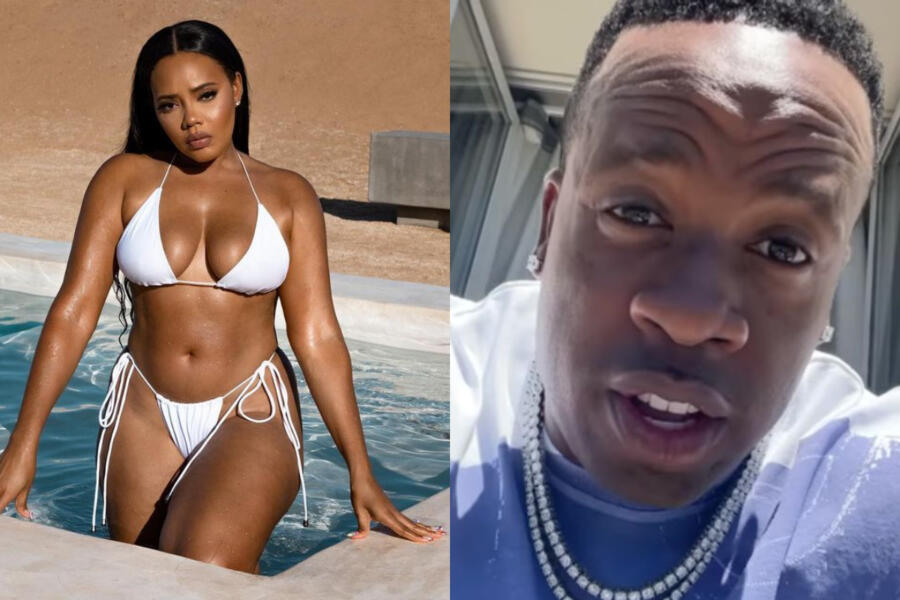 It appears like the American rapper Yo Gotti is engaged with someone. Not long ago, the media spotted the Rake It Up hitmaker and Angela Simmons out and about in Dubai at the same time. Thus, it resulted in dating rumors between the two. Angela Simmons is a popular shoe designer.

In fact, the real name of Yo Gotti is Mario Sentell Giden Mims. He is famous among the fans as Yo Gotti.

Do they see each other?

Recently, the Steppers rapper and Angela Simmons stirred up dating rumors after being photographed in Dubai at the same time. The two shared videos of themselves where we saw them riding through the Dubai desert. Thus, the fans are speculating that something is going on between them. In fact, in one Instagram story, you can see both the rapper and the shoe designer at Dubai’s waterfront.

Indeed, in this situation, the fans are not wrong in thinking that Yo Gotti and Angela Simmons were together. Soon afterwards, the Instagram page called The Shade Room posted Simmons and Gotti’s Instagram stories on their page. Thus, it added to the dating conjectures about the two. In the Instagram stories posted by the duo, you can see the gorgeous Dubai waterfront.

At what precise point in history did the dating rumors start swirling in the air?

Yo Gotti and Angela Simmons initiated romance rumors in late September. This is after we saw the two of them hanging out at a club. The occasion was Simmons’ 35th birthday celebration. At that time, in a clip from Angela’s birthday party, we saw her dancing to Gotti’s 2015 hit song “Down in the DM”.

Indeed, soon afterwards, sources revealed that the 41-year-old rapper had a crush on Simmons. Again, during a 2016 interview with Hot 97, Gotti spoke about his relationship with Angela Simmons. He also stated that he loves sending his woman crush flowers. In fact, he even depicted what an ideal date with her would look like.

What does Yo Gotti have to say?

The Put A Date On It singer stated to the media outlet that he and his love interest would probably do something different. He said that sometimes it is good for us to move to our partner’s environment or for our partner to take a journey to be in our environs.

Thus, Yo Gotti talks of intimacy on a whole other level. It is inspiring. Yo Gotti is so passionate. He knows how to keep it real. He has his roots in reality. He belongs to daily life. He is not just some star who has his head in the clouds. He is one of us and yet a world-class rapper. Thus, we both look up to him and look at him simultaneously.