10 Anime If You Like Violet Evergarden You Should Watch 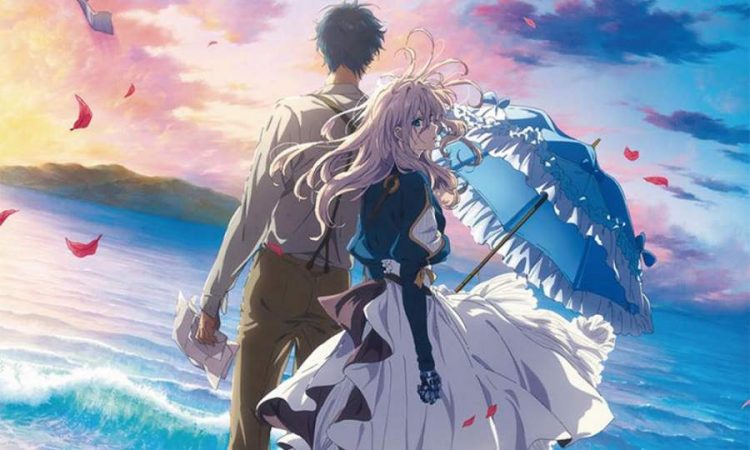 Many fans are crazy about the anime Violet Evergarden. It is a light novel series written by Kana Akatsuki. From the light novel, it got adapted into an anime and also several anime films. It tells the story of a girl named Violet Evergarden who is an Auto memory doll. Her life in society after the war and her relationships with the people she meets is the main plot of the story. She tries to learn about love and many other human feelings.

If you want to watch other animes that deals with the same themes like Violet Evergarden then we have gathered a list for you. Continue reading to know more.

This anime deals with the story of a boy named Satoru Fujinuma. He gets the power of Revival that takes him back in time if danger is imminent. Therefore, he can make everything right again. There are lots of amazing elements in the anime for you to enjoy. It has the same past and present themes present in Violet Evergarden.

It is a Japanese manga and anime that tells the story of the Royal Order of Protestant Knights. Their mission in life is to destroy the undead and the evil forces trying to threaten the Queen and the country. It is a great anime for you to watch that has action, horror and dark fantasy elements.

This is a story of a fourteen-year-old dreamer who observes life and writes about it on his cell phone. He has friends like Deus Ex Machina who is the God of Space and time. After that, his friends change his diary into Future Diary that gets him the ability to predict the future. This changes the normal life of the boy into something else.

4. Classroom of the Elite

This is a story of a school that admits a generation of students who will support the country in the future. We get to see the life of the students of the D- class. Their lives begin to change when they explore many things.

This anime has science fiction, comedy and adventure elements. It is about an alternate period where the residents get attacked by aliens. The main character of the series is Gintoki Sakata joins the action to destroy the aliens.

This anime is about Nishikata and Takagi. The latter is in love with the former so she likes to tease him often. The sweet love story and comedy between the two is interesting to watch.

The story is about an elite group of people called Hunters who can track rare beasts and secret treasures. We will get to see the story of Gon Freecss who tries to become a hunter to find his parents.

The anime series is about Ichigo Kurosaki who becomes the soul reaper. He uses his powers to kill evil spirits and also guide the departed souls to the afterlife. There are many storylines in the anime that you will love.

The story is about a ronin named Hyakkimaru who faces lots of demons that have taken his body parts. There are dark elements in the anime that makes it an interesting watch with an intense storyline.

The story of the anime is set in Ginza, Tokyo where a portal open to allow roman styled warriors who attack the city. Japan Self-Defense Forces try to repel the enemy by making negotiations with them. The officer called Yōji Itami sent inside the portal to learn about the new world. He experiences lots of adventures.

These are the ten anime that you will like to watch. They have interesting story lines to keep you engaged. To understand the learning of the series go through Violet Evergarden quotes.

You may also like: Jujutsu Kaisen Manga is Going on Hiatus