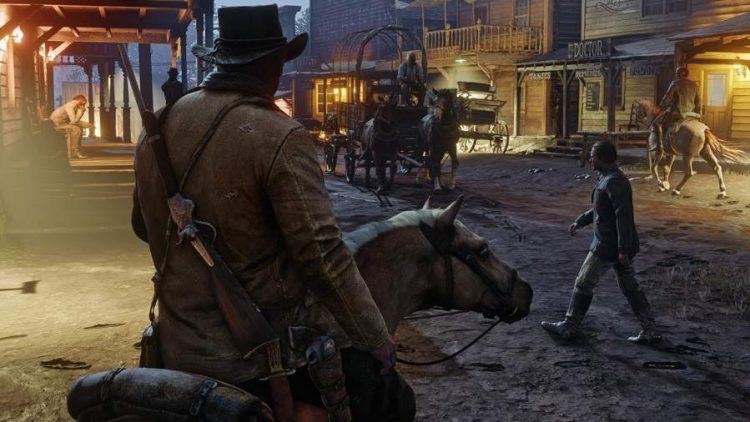 Video games have made our life more exciting and fulfilled. No entertainment can be equal to the experience a player has when playing graphic games on his PC. That is why players search for new games when they get bored with new ones. Nowadays technology has made games more realistic. The players can create the characters they like and play games in the open world. It has added to more innovation and exploration in the gaming world. If you love playing graphics games in your PC then the list offered here will help you. These are the ten best realistic graphics games of 2020.

The Witcher 3 is the new updated game in the series. There are expansion packs available in the game along with amazing features.

It is an action role-playing game where the players have to take up the role of a genetically enhanced human named Witcher. He has the powers to slay the demons.

Overwatch is a team shooter game made by Blizzard Entertainment. There are lots of different modes available in the game. There are over a dozen hero characters in the game the players can choose. The game is set in a futuristic world.

It is a strategy game created by The Creative Assembly. It is set in the feudal Japan which is a single-player game. The players can take many decisions in the game that will change the course of their journey.

This is one of the popular games played in PC. The player has to play the role of a mysterious man who performs many missions. It is set in the third perspective.

It is a turn-based tactics video game where the players have to alienate aliens. There are many missions in the game which he has to take care to perform. Do not surrender to the aliens but fight with them with various strategies.

It is a first-person shooter game created by Ubisoft. There are many adventurous elements in the game. It has an open world style with many missions and quests. The players will have to work along with the freedom fighters in the game.

It is a first-person shooter game created by electronic arts. The player has to take up the role of Faith Connors as she travels across the futuristic city. You have to help her escape her enemies.

Doom is a popular game series. It is the pioneer of first-person shooter game. There are excellent graphics as well as multiplayer aspects available in the game. Add this game to your list and enjoy.

Deus Ex: Mankind Divided is a popular role-playing game made by Square Enix. The players have to take up the role of Adam Jensen a man containing cybernetic implants in his body. There are lots of upgrades as well as features available in the game.

It is a fantastic action role-playing game. The players can use many kinds of weapons in the game to kill enemies in the kingdom of Lothric. You can survive the age of darkness in the series.

These are the amazing top ten graphic games of 2020 for PC. Enjoy the games and experience the best gameplay.