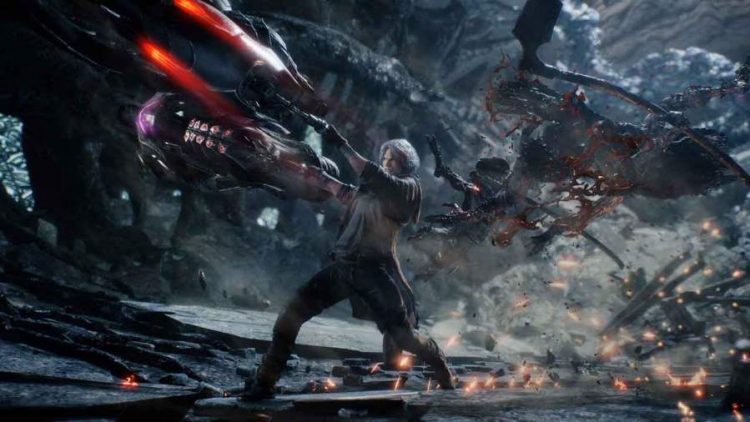 Games today are very different than a few years before. There is a realistic aspect of the 2020 games that teach about survival, family, and endurance. The players have to have full focus on the games to complete the levels because it is intense. The games range from enjoyable islands to post-apocalyptic survival horror. So there are a lot of amazing genres of games available for gamers. These types of games have helped people to pass the time during the lockdown. Know more about the best games of 2020 here.

This is a thrilling first-person shooter game series created by id Software. The players have to take up the role of the character named Doomguy who fights with the demonic forces from hell. The game features a push forward combat for the players to get ammo, health, and armour.

There are a lot of demon types in the game different from one another. The fight of the slayer is eternal and he has many enemies in the game. So try Doom Eternal the terrific game.

This is a post-apocalyptic game where humans have got infected by a virus changing them into zombie-like creatures. It is the sequel for the first game and continues with the character Ellie who is now grown up. There are a lot of twists in the game that makes the life of Ellie harder. The game also contains a lot of horror factors because there are human beings who are more vicious than the brainless zombies.

This Nintendo Switch game Animal Crossing: New Horizons is set in a charming village where the players have to build the island of their own. They have to learn simple works like fishing, building, and others to reside on the island. They can also buy the necessary tools from the character called Tanooki. The players can meet friends online and visit their developments. It is a favourite game of many players who prefer the relaxed and calm atmosphere of the game.

4. Signs of the Sojourner

This is a different kind of card game. Instead of showing your card talents in the table, the player has to use the cards to gather information and travel to the fantasy world. The player is like a trader who is tracing the roots and in the process meets with many different characters.

This game is kid-friendly. This game will offer the action-role playing feature for all the family members. There are fantasy and thrilling factors in the game along with many other additions.

Fall Guys: Ultimate Knockout is a popular platformer battle royale game made by Mediatonic. The game has received a positive response from the critics for its good gameplay and visuals. The players have to take up the role of jellybean figures that will assist them to play.

It is a horror video game made by Phobia Game Studio. It is about a monster that has to escape the research facility by killing the people working there. The player has to help the creature to go out of the underground center.

This is a great platform adventure game created by Amanita Design. The player has to control a person who finds a hidden monster world in his house. They have to solve the puzzles in the game by avoiding the monsters.

These are the best games in 2020. Enjoy playing these excellent games which will keep you entertained.