10 Best Skateboarders in The World 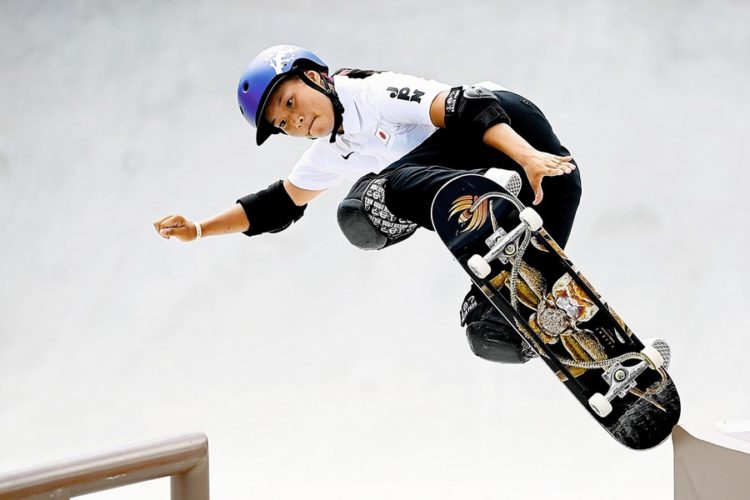 Does skateboarding interest you? Well, then you must be indeed wondering about who are the greatest skateboarders in the world. You are at the right place as we will share with you all the relevant details regarding it. Needless to say, nowadays, skateboarding has been just as much of an influence on people’s lives as much as music and art. However, it needs dedication, hard work, practice and perseverance.

Skateboarding is indeed an art. Therefore, if you want to become one of the best skateboarders, you need to practice a lot with complete dedication. So if you are curious to know more about it, stay with us until the end. We will share with you all the significant aspects of the top ten best skateboarders in the world. Let’s get started!

Who are the Most Famous Skateboarders in the World?

Since you are reading this article, it is evident that you are interested to know about the most famous skaters in the world. Well, you are at the right place as we will share with you all the exciting details regarding it. So we have prepared a list of the ten greatest skateboarders in the world. You can have a look at them to get an idea.

When we talk about the best skaters in the world, undeniably Rodney Mullen’s name tops the list. Needless to say, he is the godfather of street skating. This is because he grew up in the 70s and 80s practising a type of skating known as freestyle skating. In fact, Rodney had invented a multitude of tricks like Ollie, kickflip, heelflip and many more. Moreover, people consider him to be a pioneer when it comes to inventing new tricks and ways to ride a skateboard.

Furthermore, he has also made appearances on various public speaking platforms and wrote an autobiography. So we can indeed consider him as one of the most influential creators of this sport and a legend of skateboarding.

This is such a sport where anyone can develop their own style and identity within the sport. People consider Daewon Song as an artist as he goes against all the conventional ways of thinking when he skates. Furthermore, his creative ways of using weird objects and obstacles to push beyond just the skateboard as a source of inspiration are pretty unique and act as a source of inspiration for other skaters. He is indeed one of the creative skaters of all time.

If you love skateboarding, you must have indeed watched Nyjah Huston’s skating. In fact, his fans call him the Michael Jordan of skating. This is because he is so skilled in this sport that he has won several tough competitions than any other skater in history. Moreover, he belongs to the category of the highest-paid skaters in contest wins.

In fact, this immense success has made him an ambassador of several top brands. He is no less than a celebrity in this sport.

Kris Markovich is one of those iconic skaters who is considered a legendary figure in this sport. Skaters who love this sport have always watched the videos of this personality and gained inspiration. His style and energy are so profound that it impresses all his fans right away. Many skaters have also publicly acknowledged that Kris Markovich’s skating videos inspired them to take up this sport.

The fifth skater who makes the top ten skaters in the world is Jamie Thomas. In fact, he is one of the original godfathers of being a daredevil. Watching his skate parts are indeed a treat to our eyes. Every trick he did was insanely fast and graceful. So Jamie Thomas can be considered as one of those creative skaters who can adeptly do skating.

Also read: 10 Most Strongest Man in The World

All the skateboarders and the entire skating industry will be forever in debt to the Dogtown legend Tony Alva. Needless to say, he is immensely famous in the skating industry. This is because his fans often refer to him as the creator of modern skateboarding. His fans also credit him for the first frontside air, creating vert skating, and other things. At the same time, he contributed heavily to the development of the first Skateboarding specific shoe with Vans.

Moreover, he was the one who made pool skating popular and therefore, people refer to him as “the guy who started it all.”

Stacy Peralta is one of those who had made an impact on the skateboarding industry only when he was 19 years. He had become the world’s number one at this time. It was his knowledge and a keen eye for talent that helped him create the legendary Bones Brigade. This showed that Stacy was not looking for the best but for the raw talent that remains hidden within individuals.

In fact, he had also worked with industrial designer George Powell and founded the Powell-Peralta brand, which is popular even today.

Steve Caballero is one of those who belong to the category of likeable skateboarders. As per the sources, he was born on November 8th 1964. Even though he is one of the smallest members of the original Bones Brigade, however, he is also the gnarliest. In fact, we also know him for the Caballerial and Half-Cab. He turned into a professional in 1980.

Furthermore, Steve had also won the Upland Pro-Am in 1983. Along with that he also secured first place in the Titus World Cup in 1987 and came first in the NSA mini ramp contest. So we can indeed call Steve a national treasure and a true legend.

There are very few skaters who have continued to skate and upload impressive video parts for the last 30 years. Well, Guy Mariano is one of them. Especially his part in Bind’s “Video Days” is indeed legendary stuff. This cemented his place among the great legends at the tender age of 14 years.

You must have indeed heard about his famous 360 flip nosegrinds down a handrail in Girl’s “Pretty Sweet.” His mix of technical skating and style is very impressive and all his video parts have millions of views over the years.

As we have come to the end of the list, we cannot help but mention Chris Cole’s or Chris “Cobra” Cole’s name. We know him best for clearing huge stair sets and gaps, along with grinding and sliding massive rails and his switch frontside flip down the Love Gap. At the same time, he is also very consistent and can put together lines and runs.

Needless to say, he is one of the most skilled and consistent skaters still active today. This is because of his countless winnings.

So as we conclude, we can say that all the famous personalities mentioned in the list have made a great impact in the skating industry. Therefore, if you love this sport, you can have a look at them in this article.